What Is Paroxysmal Nocturnal Hemoglobinuria?

At first, the disease was thought to occur in bursts called paroxysms, and only at night. It was later discovered that the hemolysis is a constant process and it happens in the day as well.

People with PNH are at risk for thrombosis, or blood clots that develop in the veins. They also are at risk for bone marrow problems that lead to low production of all types of blood cells, which is known as deficient hematopoiesis.

Not everyone with PNH will see these effects to the same degree, or have the same symptoms—of which there are many. Blood tests are the main way that PNH is diagnosed. It can be managed with medications and blood transfusions, but the only potential cure for PNH is a bone marrow transplant.

This article offers an overview of PNH, including symptoms and possible causes. It also explains how PNH is diagnosed and treated, as well as complications that arise for people with PNH.

An earlier name for PNH was Marchiafava-Micheli syndrome.﻿﻿

PNH affects people of all sexes and ethnic backgrounds. It can occur at any age, but most people are diagnosed while they are in their 30s.

PNH has three main types. They are:

Symptoms of PNH correspond to the three main concerns of the disease discussed earlier: hemolysis, thrombosis, and deficient hematopoiesis. They each cause a different pattern of symptoms.

Symptoms of thrombosis depend on where the blood clot occurs. If the clot is located in a vein of the liver, for example, jaundice and/or an enlarged liver may occur. A clot in the abdomen would cause pain in that area, while a blood clot in the head may bring on a headache or dizziness. Clots in the skin cause raised, painful, red lumps over large areas, such as the back.

PNH is not an inherited disease, but it is caused by a change, or mutation, in the PIGA gene. The PIGA gene codes for an enzyme needed to make a chemical that helps anchor proteins to the cell membrane.

The change occurs randomly in a single stem cell, which then multiplies and expands, causing the disease. The reason PNH cells expand and multiply is not fully known. One likely cause is an autoimmune response that leads to bone marrow failure.

PNH will occur in most people diagnosed with acquired aplastic anemia. This is a serious disease in which bone marrow fails to make enough red blood cells, white blood cells, and platelets.

More than 10 out of every 100 people with aplastic anemia will develop PNH. On average, two out of 100 people with PNH go on to develop a myelodysplastic syndrome (MDS), which may advance to become leukemia.

Diagnosing PNH can be hard because it is a rare disease with symptoms that overlap with other bone marrow disorders. For this reason, the process will involve several types of tests.

A flow cytometry test is considered the gold standard for diagnosing PNH. This blood test can separate and analyze various components of blood. It reveals whether two key proteins, CD55 and CD59, are missing from the surface of blood cells.

In a bone marrow test, a hollow needle is used to remove liquid bone marrow from the pelvic bone. The sample is examined under a microscope to look at how well the marrow is producing blood cells.

How Paroxysmal Nocturnal Hemoglobinuria Is Diagnosed

Treatments for PNH cannot cure the disorder. They manage the disease and/or treat specific symptoms. These treatments include:

How Is Paroxysmal Nocturnal Hemoglobinuria Treated?

The course and severity of PNH varies. People with a mild case are likely to have a normal lifespan. Those with PNH alongside aplastic anemia or MDS may have a shorter lifespan.

Blood clots are the main cause of severe complications and death in people with PNH.

Living with PNH requires taking certain precautions. Some things to consider include:

The farther you get from sea level—on a mountain, for example, or while flying in an airplane—the less oxygen there is. If you have anemia, this shortage can cause chest pain and fatigue.

Before you travel by air or go to a high-altitude spot, talk to your healthcare provider. They may want to check your red cell count and adjust treatments to prevent a reaction. It's important to drink plenty of water while flying, and to move your legs or walk around the cabin to prevent blood clots.

Having PNH can put both the mother and baby at risk. Risks to the mother include blood clots, preeclampsia, and a need for blood transfusions. Blood-thinning drugs like Coumadin reduce the risk of clots, but these drugs are not safe to use during the first trimester.

Risks to the baby include prematurity, low birth weight, stillbirth, and delayed growth and development. If you are considering pregnancy, find an obstetrician who specializes in high-risk births.

Surgery can increase your risk of blood clots and cause serious bleeding if you have PNH. Your healthcare provider may want you to have a platelet transfusion prior to surgery, and then a blood thinner to take after the procedure.

Although PNH is rare, it is a serious chronic disease. It puts people at risk of blood clots, severe anemia, and bone marrow disorders—including leukemia—that can be life-threatening. Symptoms may differ, and there are many steps in diagnosing and treating PNH, but a bone marrow transplant remains the only potential cure.

A diagnosis of PNH can be frightening, but there are more treatments than ever before. They are increasing life expectancy, and research on the disease continues. If you are interested, the National Organization for Rare Diseases can provide information on participating in a clinical trial.

Coping with PNH may take an emotional toll as well as a physical one. Resources like those from the AAMDS Foundation can help you find specialists, support groups, financial help, and more. 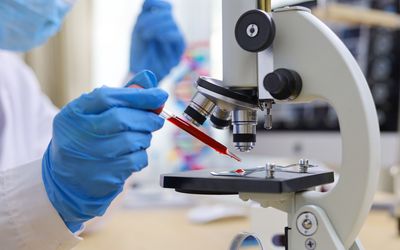 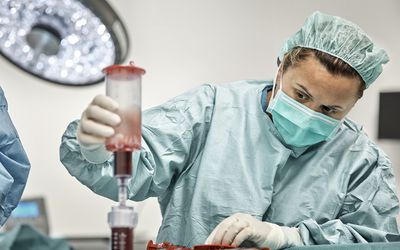 How Is Paroxysmal Nocturnal Hemoglobinuria Treated? 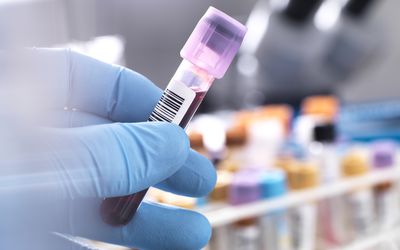 How Paroxysmal Nocturnal Hemoglobinuria Is Diagnosed 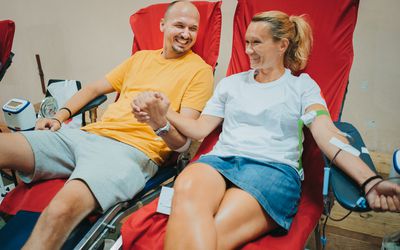