People Who Eat Dirt or Have Pica

In Haiti, poor people are forced to suppress hunger pangs with cookies made of dirt. Unfortunately, yellow dirt mixed with salt and shortening is the only "food" many of these people can afford. The United Nations estimates that nearly 800 million people worldwide don't have enough to eat, and Haitians who eat dirt cookies are among them.
Few Haitians who eat dirt cookies do so by choice. However, there is a psychiatric disorder called pica that compels otherwise healthy people who have access to real food to instead eat dirt, stones, soap, paint, ice, hair, animal feces and a variety of other substances with no nutritional value. Stuff that should never be consumed.

Pica is diagnosed in people more than two years of age who eat one or more non-food substances for a month or longer. Pica usually affects children, pregnant women, and people living in institutionalized settings.

In order to be diagnosed with pica, a person must not consume nonfood substances secondary to cultural beliefs or as a symptom of a nutritional deficiency.

People with pica have no basic aversion to food rather they prefer to eat dirt, clay, ice, ash, paper, or so forth.

Between 10 and 32 percent of all children have pica or exhibit pica-like behaviors with a majority of these children expressing a preference for dirt (geophagy).

In 2004, researchers at the University of Alabama examined the eating patterns of 3000 pregnant women and found that 4 percent of the study participants had pica.

Although experts are unsure what causes pica, they do have at least two theories.

First, pica may be caused by iron deficiency which results in an appetite for minerals.

Second, in children, pica may be represent delayed development. More specifically, infants typically explore the world with their mouths, and children with pica may have yet to grow out of this stage. Pica in children is most commonly observed among those who are socially disadvantaged or those with mental retardation.

Plenty of harmful things can happen to people who routinely eat nonfood items including:

Treatment for pica should first focus on correcting any underlying nutritional deficiencies—most notably iron deficiency anemia. Initial treatment should also deal with any consequences of pica, such as lead poisoning or infection.

The psychiatric treatment of pica is challenging. Psychotherapy should focus on behaviors, the environment, and education of family members. Specifically, mild aversion therapy has proven somewhat helpful when treating pica.

For some people with pica, the disease abates after several months—essentially going away on its own. In pregnant women, iron supplementation to fix the iron deficiency anemia can also work to stop pica. However, in those with developmental disorders who first develop in pica in childhood, the disease usually continues through adulthood.

If you or your child is experiencing pica, it's important to inform your physician and visit with a psychiatrist. If left unmonitored and untreated, pica can be dangerous. Please remember that the treatment of pica often requires the participation, support, and help of all family members. 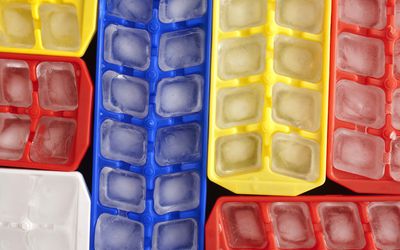 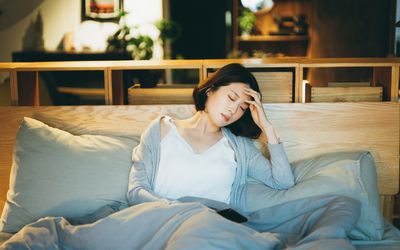