How Peptic Ulcer Disease Is Diagnosed

Peptic ulcer disease (also referred to as stomach ulcers) are sores that develop on the lining of your stomach or small intestine. There are several ways to diagnose peptic ulcer disease, ranging from blood tests, stool testing, an endoscopy, and an upper gastrointestinal series.

You may suspect you have peptic ulcer disease if you experience stomach burning, bloating, heartburn, and nausea. Stomach burning is considered to be the most prevalent symptom of peptic ulcer disease, and you’ll notice it’s worse on an empty stomach, between meals, or at night. Certain acid-reducing medication may temporarily relieve symptoms but may return—especially if you smoke or use nonsteroidal anti-inflammatory drugs like ibuprofen often—which is typically a red flag that you may be dealing with peptic ulcer disease as opposed to general heartburn.

There are also some less common but more severe symptoms to keep in mind as you monitor yourself for peptic ulcer disease. These include changes in appetite, unexplained weight loss, vomiting with traces of blood, and dark blood in stools. Some people may also feel faint and have trouble breathing. If you notice any of these signs it’s important to call your healthcare provider immediately.

While it used to be thought that stress and spicy foods were among the triggers for ulcers, it is now known that a bacterial infection or long-term use of pain relievers are the most common causes. However, stress or certain foods can make symptoms of already established peptic ulcers worse—or possibly mask them as the cause if you haven’t been diagnosed with peptic ulcer disease yet.

Your healthcare provider will start with a physical exam before diving into specific tests to diagnose peptic ulcer disease. Here they will examine you for any bloating and stomach tenderness. Depending on your symptoms, lifestyle, and health history (including a list of current or recent medications you’ve taken) there are a number of tests healthcare providers can run, which may include one or more of the following:

If the cause of peptic ulcers isn’t related to H. pylori, your healthcare provider may perform some imaging tests in order to see the contents of your stomach and intestine. These may include:

Your healthcare provider may also consider other causes for your symptoms. These conditions, however, won't show ulcers on the endoscopy.

Peptic Ulcer Disease Treatment
6 Sources
Verywell Health uses only high-quality sources, including peer-reviewed studies, to support the facts within our articles. Read our editorial process to learn more about how we fact-check and keep our content accurate, reliable, and trustworthy.
Additional Reading 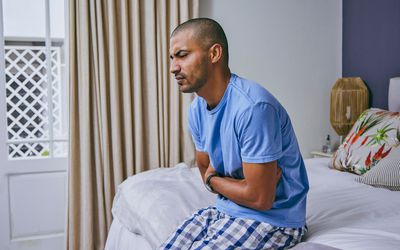 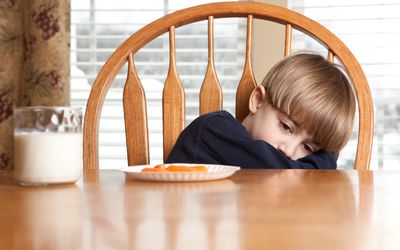