Kristin Hayes, RN
Kristin Hayes, RN, is a registered nurse specializing in ear, nose, and throat disorders for both adults and children.
Learn about our editorial process
Medically reviewed
Verywell Health articles are reviewed by board-certified physicians and healthcare professionals. These medical reviewers confirm the content is thorough and accurate, reflecting the latest evidence-based research. Content is reviewed before publication and upon substantial updates. Learn more.
by
Farah Khan, MD

Perennial allergic rhinitis is a chronic allergic condition that causes nasal congestion and a runny nose. Unlike other types of allergies, it doesn't go away during certain seasons or months of the year. You may feel like you have a permanent cold that won't go away.

Perennial allergic rhinitis is sometimes known as "hay fever," even though it does not always include an allergy to hay and it doesn't cause a fever.

Dust mites are the most common cause of perennial allergic rhinitis, but it can be caused by any allergen (allergy-inducing substance) that you are exposed to year-round. The other most common causes are cats and dogs.

This article will describe symptoms of perennial allergic rhinitis and how common it is. It will also discuss how this condition is diagnosed and treated.

How Common Is Perennial Allergic Rhinitis?

During childhood, boys are more likely than girls to experience perennial allergic rhinitis. During adulthood, men and women are affected equally.

Perennial allergic rhinitis is associated with other conditions as well. Asthma is one of the most common.

Here are some other conditions that may co-exist with perennial allergic rhinitis:

If it's not treated, perennial allergic rhinitis can lead to complications, such as chronic sinusitis or abnormal growths such as polyps in the nasal cavities or sinuses.

Nasal inflammation is the the most common symptom of perennial allergic rhinitis.

You may have some or a combination of the following symptoms:

If your condition has progressed to sinusitis or if it's led to the growth of abnormal tissue, you may also experience the following symptoms:

Perennial allergic rhinitis can be diagnosed by a primary care healthcare provider or an allergist.

Your healthcare provider will talk to you about your medical history, the symptoms you are experiencing. They will ask if you've noticed anything specific that triggers for your symptoms,

Your physical exam will include an examination of your ears, nose, and throat. Your doctor will look to see if you have conditions such as a deviated septum (in which the cartilage inside the nose is crooked) or fluid in the ears.

The following diagnostic tests may be ordered:

What Is an Allergist?

There are several treatment options for perennial allergic rhinitis. If a specific allergy has been identified, avoiding the substance you are allergic to may be helpful for preventing your symptoms.

You may want to work on reducing the allergens in your home with the following strategies:

Nasal irrigation using a neti pot may be helpful in controlling nasal symptoms, including congestion. A humidifier may also be beneficial in helping with congestion. However, if you are allergic to dust mites you should be aware that high humidity levels can increase the number of dust mites in your environment.

If you are unable to eliminate allergens from your home or environment, your doctor might recommend medications or for treating your allergies.

Over-the-counter (OTC) antihistamines are the most common medications used to treat nasal allergies. These work by blocking histamine, a chemical that is released in response to an allergen. Histamines are responsible for causing allergy symptoms.

While these medications are available OTC, they should only be used under the direction of your healthcare provider. Some antihistamines such as diphenhydramine are known to cause drowsiness.

Make sure your healthcare provider and pharmacist know all the medications you are taking to avoid interactions ,and inform them of any medication allergies you might have.

Other medications may also be used to control symptoms. Many of these medications are available OTC and may include decongestants and nasal sprays.

Decongestant nasal sprays can be associated with a condition called rebound congestion (also referred to as nasal spray addiction) when used longer than three days. If you develop this problem, talk to your healthcare provider about it.

Intranasal steroids are often used in addition to antihistamines and antibiotics are sometimes used to treat chronic sinusitis.

Immunotherapy or allergy shots, may be an option for some people with perennial allergic rhinitis. Immunotherapy is a long-term treatment option that can change your body's immune response to the substance you are allergic to. It is not available for all types of allergies, and it can be a time-consuming process since it needs to be given under medical supervision.

Your response to allergy shots may vary and could range from a complete cure of your symptoms to no improvement at all. In general, studies show this treatment to be beneficial and cost-effective.

Allergy shots are generally not used for children under the age of five.

If your condition has progressed to chronic sinusitis, or if you have structural abnormalities such as or nasal polyps, surgery may be necessary.

Nasal sinus surgery is common in the United States and is usually done endoscopically as an outpatient surgery.

Perennial allergic rhinitis, sometimes known as hay fever, causes typical allergy symptoms like nasal congestion and a runny nose. However, unlike some other allergies, symptoms are present year-round and not just during certain seasons or months of the year. This type of allergic rhinitis can be treated with lifestyle measures as well as OTC medications, allergy shots, or outpatient surgery.

If you have chronic allergy symptoms, the first step should be to identify and avoid the allergens that bother you.

If avoiding your allergy triggers isn't helping, then talk to your healthcare provider about medical or surgical treatments that may be helpful. 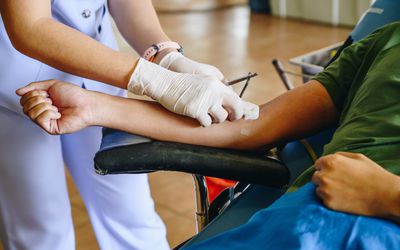 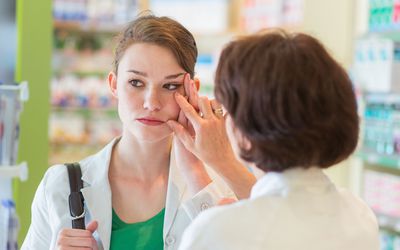 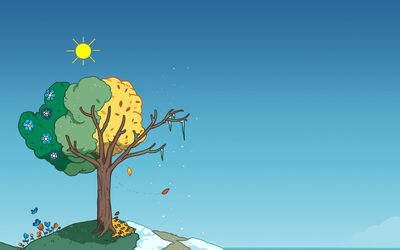 How to Manage Year-Round Allergies