Causes, symptoms, and diagnoses of the gallbladder disease

Sherry Christiansen
Sherry Christiansen is a medical writer with a healthcare background. She has worked in the hospital setting and collaborated on Alzheimer's research.
Learn about our editorial process
Medically reviewed by Kashif J. Piracha, MD

A pericholecystic abscess is an abscess that forms in response to an inflammation of the gallbladder called acute cholecystitis. An abscess is a swollen, fluid-filled area within body tissue.

Pericholecystic fluid is one of the signs of cholecystitis. This is fluid that builds up around the gallbladder and is usually visible on an ultrasound.

According to a report by Radiopaedia, pericholecystic abscess only occurs in approximately 3% to 19% of cases of acute cholecystitis (severe inflammation of the gallbladder).

What Is a Pericholecystic Abscess?

The gallbladder is a small sac-like organ that is located under the liver. The gallbladder stores the bile that is produced in the liver and connects to the liver via a series of ducts. The function of bile is to carry away wastes and help to break down and absorb fats and fat-soluble vitamins like vitamins D and K.

Signs and symptoms of a pericholecystic abscess may include:

When a patient with cholecystitis takes in a deep breath, holds it, then breathes out while the diagnostician palpates (feels) the right subcostal (below the ribs) area. When pain occurs upon inspiration as the gallbladder comes into contact with the examiner's hand, this is considered a positive Murphy's sign.

What Causes a Pericholecystic Abscess?

When cholecystitis symptoms are not treated promptly, there is a progression of the disease that can lead to complications, such as pericholecystic abscess and other conditions.

Underlying causes of pericholecystic abscess may include:

According to a 2015 study published in the Singapore Medical Journal, 95% of the acute cholecystitis cases resulted from an obstruction of gallstones in the neck of the gallbladder or in the duct that carries bile from the gallbladder.

Development of a Perichoecystic Abscess

The sequence of events that most commonly lead to a pericholecystic abscess include:

According to a 2015 study published by the Singapore Medical Journal, in approximately 20% of the cases of acute cholecystitis the development of a secondary bacterial infection occurs.

There are several different forms of perforation that can occur secondarily to acute cholecystitis, these include:

Once a pericholecystic abscess is formed, it can lead to other complications, including:

Although a few different types of imaging tests are commonly used to diagnose complications of gallbladder disease, a computed tomography (CT) scan is considered the most useful diagnostic tool for detecting a localized perforation with pericholecystic abscesses.

A CT scan (also referred to as a CAT scan) is a type of imaging test that involves taking a series of images of the inside of the body from various angles. It can show pictures that are very detailed of various body parts. Sometimes an iodine-based contrast material is injected into the vein before the scan. This is done to make the images easier to read.

Due to the fact that many emergency departments are equipped with CT scanners these days, there is an increase in the number of patients given CT examinations for suspected acute cholecystitis, according to a 2015 study. This has helped to improve the incidence of early diagnosis and prompt intervention for people with acute cholecystitis.

Other types of imaging tools for diagnosing pericholecystic abscesses include:

MRI (magnetic resonance imaging): A type of imaging test that involves strong magnetic fields and radio waves to produce very detailed pictures of various parts of the body, an MRI can often show more detailed images and is known to be more instrumental in diagnosing specific types of diseases than a CT scan.

Ultrasonography (US) or diagnostic ultrasound: This is a type of imaging test that utilizes high frequency sound waves to produce images of structures inside of the body.

Many diagnosticians consider ultrasound the preferred initial test for evaluating gallbladder stones because it is relatively low in cost, quick to perform, and is highly sensitive in detecting gallstones.

To treat a pericholecystic abscess, early diagnosis and intervention is the key to successful outcomes. The initial treatment for gallbladder perforation may be percutaneous cholecystostomy.

This is a minimally invasive, image-guided procedure involving the placement of a catheter into the gallbladder to help with stabilization until surgery can be performed to remove the gallbladder if possible. However, in some individuals, gallbladder surgery is not recommended.

There are many reasons that surgery may not be an option for many people with pericholecystic abscess. For example, the advanced stage of cholecystitis (such as when a pericholecystic abscess is present) tends to occur in older people or in those with comorbidity (the presence of two or more diseases or conditions at one time) who have an increased risk of morbidity and mortality.

Gallbladder perforations are a serious complication of acute cholecystitis and represent an advanced stage of the disease. They tend to occur in older people and/or people with comorbidities and carry higher rates of morbidity and mortality.

In many instances, pericholecystic abscesses are not discovered until surgery has begun. But the use of CT scans of the upper abdomen has contributed to the number of people who have received a diagnosis of gallbladder perforation before a standard cholecystectomy (surgery to remove the gallbladder) is performed.

Common treatment modalities for pericholecystic abscesses may include:

Gallbladder perforation with pericholecystic abscess is a rare disorder. It is considered a life-threatening, emergency complication of acute cholecystitis.

With a delay in diagnosis, acute cholecystitis may have an equal mortality (death) rate. This is because prompt treatment modalities are not employed, resulting in progression of the disease.﻿﻿

A study involving 238 patients who had a removal of the gallbladder due to gangrenous cholecystitis discovered that:

In conclusion, the study found that early diagnosis and treatment are imperative to improving the prognosis (outcome) of pericholecystic abscess and other complications of gallbladder disease. 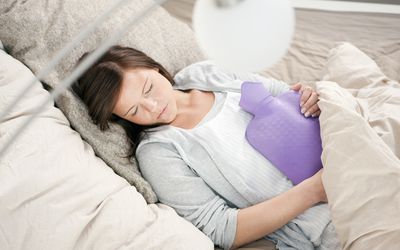 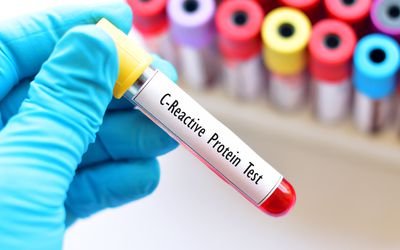 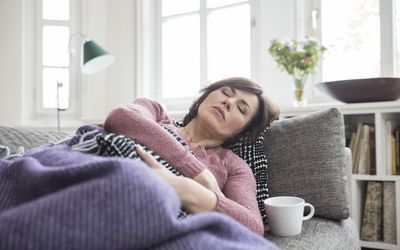 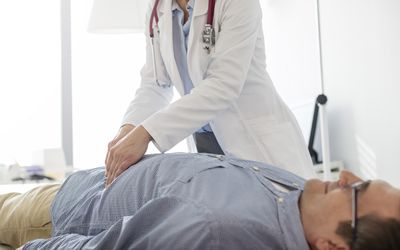 How Gallbladder Disease Is Diagnosed 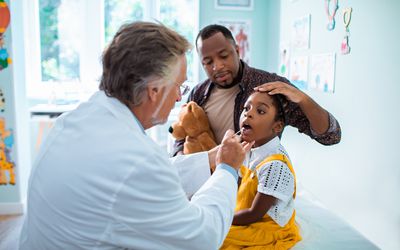 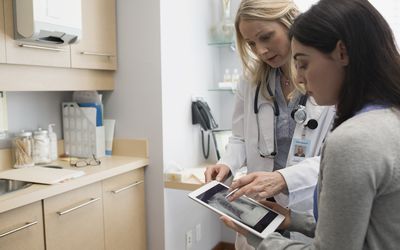 An Overview of Cholecystitis