An Overview of Pertussis in Adults

Robyn Correll, MPH
Robyn Correll, MPH holds a master of public health degree and has over a decade of experience working in the prevention of infectious diseases.
Learn about our editorial process
Medically reviewed
Verywell Health articles are reviewed by board-certified physicians and healthcare professionals. These medical reviewers confirm the content is thorough and accurate, reflecting the latest evidence-based research. Content is reviewed before publication and upon substantial updates. Learn more.
by
Michael Menna, DO

Pertussis, known commonly as “whooping cough,” is a very contagious respiratory illness that typically affects children more severely than adults. Although it often begins like a mild cold, it can progress to cause uncontrollable, severe, prolonged coughing spells that make it hard to breathe. After this happens, someone with pertussis may gasp loudly, resulting in the characteristic “whoop” sound.

Pertussis is caused by the bacterium Bordetella pertussis and is spread through the air by coughing or sneezing. The bacteria attach themselves to the upper respiratory tract (nose and throat) and release toxins that damage the airways. For this reason, coughing fits may go on for several weeks even after someone stops being contagious, which is why it is sometimes referred to as the "100-day cough."

While pertussis can be fatal in babies less than 1 year old, it usually causes only mild illness without serious complications in older children and adults, making it easy to overlook or misdiagnose. Vaccination is the best way to prevent pertussis.

Prior to the availability of the vaccine in the 1940s, pertussis was one of the most common childhood illnesses in the United States, with more than 200,000 cases reported annually.

With widespread pertussis vaccination, its incidence has decreased dramatically. In 2012, the last peak year, the Centers for Disease Control and Prevention reported 48,277 cases of pertussis.

Adults with pertussis infections usually have milder, cold-like symptoms, especially if they have been vaccinated. Symptoms of pertussis usually begin within seven to 10 days after you’ve come in contact with someone infected with the bacteria, but they can take as long as three weeks to develop.

After one to two weeks, coughing fits may begin. Episodes of rapid, uncontrollable coughing are often followed by a characteristic “whoop” sound as the person gasps for air. These fits are typically more common at night and can continue for several weeks.

Sometimes the coughing can be so intense that it leads to vomiting or, rarely, broken ribs. After three weeks the person is likely no longer contagious despite continuing to cough.

Symptoms of pertussis are generally different in adults than in small children.﻿﻿ Unlike adults, babies may not cough, but can have pauses in breathing known as “apnea.” About half of babies less than 1 year old who get pertussis require hospitalization.

Not everyone who gets infected with pertussis develops symptoms or realizes they are infected. Very mild cases, for example, can be mistaken for allergies or a cold.﻿﻿

Even so, anyone infected with the bacteria can still pass them on to others, including infants. In fact, older adults (for whom the disease is often more mild) are frequently the source of infections for young children.

Complications of pertussis in adults are usually not serious, especially among those who are vaccinated.

In some cases, coughing fits can be so severe that they cause:

Some adults may also experience other complications like unexpected weight loss or pneumonia, which can result in them being hospitalized. It’s extremely rare for adults to die from pertussis, but it can happen.

Pertussis is caused by a type of bacteria called Bordetella pertussis. This bacterium attaches to the cilia (tiny, hair-like extensions) that line the nose and throat, where it can cause swelling and damage to the airways.

Pertussis only occurs in humans and spreads from person to person by airborne respiratory droplets (produced by coughing or sneezing).

People who are infected with the B. pertussis bacteria are contagious during the first three weeks after the cough begins or until five days after antibiotics are started, and it’s not necessary to have symptoms to spread the bacteria to someone else.

Symptoms of pertussis may persist for weeks—but not because of the bacteria itself. While the body typically clears the infection within three weeks, the cough can remain for several weeks as a result of damage caused to the respiratory airways.

Doctors can generally diagnose pertussis after a simple exam, though in some cases they might want to confirm the diagnosis using lab tests.

Because cases can be so mild in adults, it's not uncommon for it to be left undiagnosed or misdiagnosed as a milder infection.

Healthcare providers diagnose pertussis by doing a physical exam, where they listen to symptoms and ask you some questions.

During the exam, the provider will check your lungs and listen for the characteristic "whoop" sound when you cough, which may not be present in adults. Doctors will also likely ask you how long you've had the cough and whether any behaviors (ex. lying down for bed) or environments (ex. cold air) make the cough worse.

One of the biggest differences between pertussis and other respiratory illnesses is coughing for a long time without a fever.

If doctors suspect pertussis, they'll likely ask about whether you’ve been vaccinated at least once with the Tdap vaccine, or if you've been around anyone with a confirmed case of the disease or in a community where there’s been an outbreak.

What Is the Tdap Vaccine?

While it’s not always necessary, doctors might want to run lab tests to confirm a pertussis diagnosis. These tests can include:

Pertussis is treated with antibiotics, such as azithromycin, clarithromycin, or erythromycin. In some cases, trimethoprim-sulfamethoxazole may be used.

Early treatment is extremely important because it not only decreases the severity of the illness, but also decreases its spread to others, particularly young infants or other medically vulnerable individuals for whom pertussis could be life-threatening.﻿﻿

Treatment is generally only effective if it's started within three weeks of the symptoms first appearing. After that, it’s likely that the bacteria would have been cleared from your body by the immune system.

Even when you get prompt treatment with antibiotics, however, symptoms may still persist for weeks due to the damage to the respiratory tract caused by the initial infection.

Pregnant women—especially those in their third trimester—and babies under 1 year old, may be treated up to six weeks after the cough starts, due to their high-risk for complications.

If exposed through a close contact (like a spouse or relative), pregnant women and children can be treated with antibiotics even if they do not show any symptoms. In this case, antibiotics should be started within three weeks of the exposure to reduce the risk of getting seriously sick or dying from the infection.

Adults can prevent pertussis by staying up to date on their vaccines, taking antibiotics, and washing their hands.

The best and most effective way to prevent pertussis in both adults and children is through vaccination. People who have had whooping cough do get some natural immunity, but this protection wanes over time.

For this reason, the CDC still recommends pertussis vaccination even for those who have already had pertussis at some point in their lives.

In the United States there are two kinds of pertussis vaccines:

The Advisory Committee on Immunization Practices (ACIP) recommends that the following adult populations be vaccinated against pertussis:

In addition to protecting against pertussis, these vaccines also protect people from tetanus and diphtheria.

The chief reason the CDC recommends the Tdap vaccine to women in their third trimester is to protect the baby. While pregnant women are not generally at high risk for serious complications due to pertussis, their infants can have life-threatening complications. By vaccinating women during the third trimester, they are less likely to get sick themselves and, therefore, transmit the bacteria to their child.

More importantly, however, vaccination causes the mother to produce antibodies against the pertussis bacteria. These maternal antibodies are passed to the growing fetus across the placenta. When the baby is born, having their moms’ antibodies can help protect them from getting dangerously sick from pertussis before they can be vaccinated themselves at around 2 months of age.

It should be noted that while these vaccines significantly lower your chances of getting pertussis, they are not perfect. Individuals can still become sick with pertussis, even if they’ve been vaccinated, especially if they are in a community where there are outbreaks of the disease.

That said, getting vaccinated is by far the best way to protect yourself from getting sick, and if you do get a case of whooping cough, you’re more likely to have a milder case of the disease.

Since pertussis spreads through respiratory droplets, like coughing while in close contact with others or touching contaminated objects (like doorknobs), the CDC recommends good hygiene practices to prevent its spread.﻿﻿

Protect yourself and others from pertussis by:

How to Wash Your Hands Properly: CDC Guidelines

Pertussis isn’t as common as it used to be, but it still remains a serious illness, especially for vulnerable populations like young babies. Because whooping cough can be mild in most adults, it can be easy to dismiss symptoms as a harmless cold and spread the bacteria without knowing it—including to others who could ultimately be hospitalized or die as a result of the infection.

Everyone should talk to their healthcare providers about whether they should be vaccinated against pertussis to prevent this highly contagious respiratory disease. However, it is most important for pregnant women to be vaccinated, ideally in their third trimester, to protect their newborns, as well as those in close contact with babies less than 1 year old, such as other parents, relatives, child care providers, and healthcare workers. 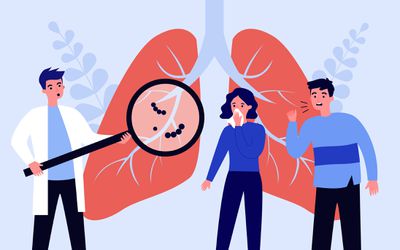 The Link Between Asthma and Pertussis (Whooping Cough) 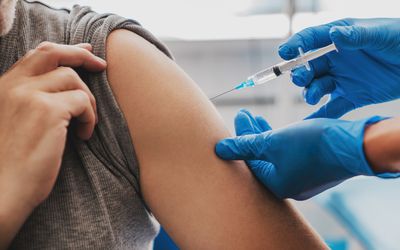 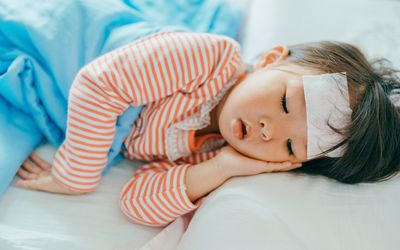 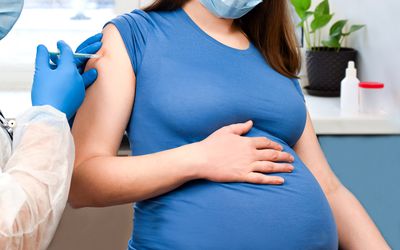 Getting the Tdap Vaccine When You're Pregnant 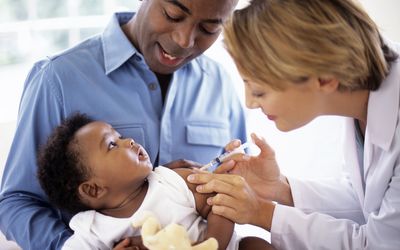 An Overview of the DTaP Vaccine