Mary Kugler, RN
Mary Kugler, RN, is a pediatric nurse whose specialty is caring for children with long-term or severe medical problems.
Learn about our editorial process
Medically reviewed by Jenny Sweigard, MD

Phenylketonuria (fen-ul-keetone-YU-ree-ah, or PKU) is an inherited metabolic disorder in which the body cannot completely break down the protein (amino acid) phenylalanine. This happens because a necessary enzyme, phenylalanine hydroxylase, is deficient. Because of this, phenylalanine builds up in the body’s cells and causes nervous system damage.

Phenylketonuria is a treatable disease that can easily be detected by a simple blood test. In the United States, all newborn babies are required to be tested for PKU disease as part of metabolic and genetic screening done on all newborns. All newborns in the United Kingdom, Canada, Australia, New Zealand, Japan, the nations of Western and most of Eastern Europe, and many other countries throughout the world, are tested as well.

(Screening for PKU in premature babies is different and more difficult for several reasons.)

Each year 10,000 to 15,000 babies are born with the disease in the United States and Phenylketonuria occurs in both males and females of all ethnic backgrounds (although it is more common in individuals of Northern European and Native American heritage.)

An infant born with phenylketonuria will develop normally for the first few months. If left untreated, symptoms begin to develop by three to six months of age.

PKU disease symptoms may include:

Phenylketonuria is diagnosed by a blood test, usually as part of the routine screening tests given to a newborn within the first few days of life. If PKU is present, the level of phenylalanine will be higher than normal in the blood.

Because phenylketonuria is a problem of breaking down phenylalanine, the infant is given a special diet that is extremely low in phenylalanine.

At first, a special low-phenylalanine infant formula (Lofenalac) is used.

As the child grows older, low-phenylalanine foods are added to the diet, but no high-protein foods such as milk, eggs, meat, or fish are allowed. The artificial sweetener aspartame (NutraSweet, Equal) contains phenylalanine, so diet drinks and foods that contain aspartame are also avoided. You've likely noted the location on soft drinks, such as diet Coke, which indicate the product should not be used by people with PKU.

Individuals must remain on a phenylalanine-restricted diet during childhood and adolescence.

Some individuals are able to reduce their diet restrictions as they grow older. Regular blood tests are needed to measure the levels of phenylalanine, and the diet may need to be adjusted if the levels are too high. In addition to a restricted PKU disease diet, some individuals may take the drug Kuvan (sapropterin) to help lower phenylalanine levels in the blood.

As noted, blood tests are used to monitor people with PKU. At the present time guidelines recommend that the target blood concentration of phenylalanine should be between 120 and 360 uM for people with PKU of all ages. Sometimes a limit as high as 600 uM is allowed for older adults. Pregnant women, however, are required to follow their diet more strictly, and a maximum level of 240 uM is recommended.

Studies looking at compliance (the number of people who follow their diet and meet these guidelines) is at 88 percent for children between birth and age four, but only 33 percent in those who are age 30 and over.

Managing PKU in Adolescence and Adulthood

Continuing a restricted diet into adulthood can cause a lower quality of life for some people, but the overall cognitive benefits may offset the negative aspects.

Once PKU is diagnosed in a baby, then that baby must follow a PKU meal plan throughout their whole life.

Young women with phenylketonuria who do not eat a phenylalanine-restricted diet will have high levels of phenylalanine when they become pregnant. This can lead to serious medical problems known as PKU syndrome for the child, including mental retardation, low birth weight, heart birth defects, or other birth defects. However, if the young woman resumes a low-phenylalanine diet at least 3 months prior to pregnancy, and continues on the diet throughout her pregnancy, PKU syndrome can be prevented. In other words, a healthy pregnancy is possible for women with PKU as long as they plan ahead and carefully monitor their diet throughout pregnancy.

Researchers are looking at ways of correcting phenylketonuria, such as replacing the defective gene responsible for the disorder or creating a genetically-engineered enzyme to replace the deficient one. Scientists are also studying chemical compounds such as tetrahydrobiopterin (BH4) and large neutral amino acids as ways to treat PKU by lowering the level of phenylalanine in the blood.

Coping with PKU is difficult and requires great commitment since it is a life-long endeavor. Support can be helpful and there are many support groups and support communities available in which people can interact with others coping with PKU both for emotional support and to stay up-to-date on the latest research.

There are several organizations, as well, which work to support people with PKU and fund research into better PKU disease treatments. Some of these include The National Society for Phenylketonuria, the National PKU Alliance (part of the organization NORD, the National Organization for Rare Disorders, and The PKU Foundation. In addition to funding research, these organizations provide help which can range from providing assistance for the purchase of the special formula required for infants with PKU to providing information to help people learn about and navigate their way to an understanding of PKU and what it means in their lives. 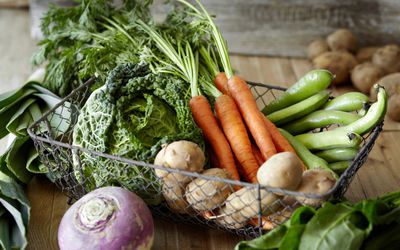