Your Digestive System in Pictures

Learn About Your Insides

You will find that you may be able to ease some of the anxiety that goes along with not feeling well by having a good understanding of what your digestive system looks like inside of you. Looking at pictures of your GI tract can help you to pinpoint where symptoms such as abdominal pain may be coming from. This understanding can also help you to better describe your symptoms to your healthcare provider. Here you will find pictures of the primary organs of your digestive system. They may bring back memories of high school biology class, and they will certainly help to make you a more educated patient.

If you experience unusual and ongoing digestive system symptoms, see your healthcare provider to get an accurate diagnosis and develop an optimal treatment plan.

The process of digestion begins in your mouth as you chew food. Saliva not only adds moisture to food but also adds enzymes that begin the process of breaking down the components of food.

As you swallow, food moves into your esophagus, where it travels downward to your stomach.

In your stomach, the act of digestion begins in earnest. Your stomach stores and churns the food you have consumed and releases pepsin and hydrochloric acid, both of which break down the components of food, resulting in a substance called chyme. After approximately two to three hours, the chyme is moved out of your stomach as it makes its way along your GI tract.

The small intestine is aided in its work by the liver, gallbladder, and pancreas. In the duodenum, bile from the gallbladder and pancreatic secretions are added to the chyme. The jejunum and ileum are responsible for the breakdown and absorption of most nutrients, including fats, starches, proteins, vitamins, and minerals.

Parts of the Small Intestine
4

Your Liver, Gallbladder, and Pancreas

The liver, gallbladder, and pancreas all play an important role in the digestion of food. The liver produces bile, which is then stored in the gallbladder. Bile is then released into the small intestine as needed, where it dissolves fat so that it can be absorbed into the body.

The pancreas secretes bicarbonate, which neutralizes the hydrochloric acid from the stomach, as well as enzymes that break down proteins, carbohydrates, and fats.

What You Should Know About Your Colon

Typically, the stool is moved into the rectum once or twice a day; pressure from this process stimulates the urge for a bowel movement. This process is not quite so simple in digestive disorders such as irritable bowel syndrome (IBS), in which problems with motility (movements of the muscles in the large intestine) results in symptoms such as diarrhea and constipation. Pelvic floor dyssynergia, which involves problems with coordination between rectum and pelvic floor muscles, can also result in constipation or incomplete evacuation.

Putting It All Together

As you look at the above picture of your entire digestive system, you now have a better understanding of how food gets digested and where your digestive organs are located. This knowledge can empower you to work with your medical professionals to come up with an optimal treatment plan for addressing your digestive symptoms, whatever they may be. 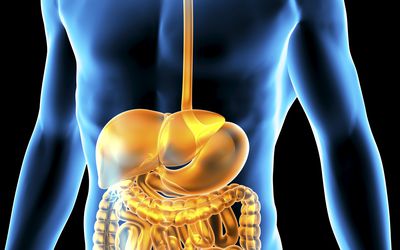 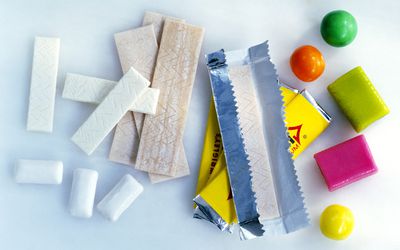