Because the visual changes of Benson’s syndrome are complicated, it may take a while for your medical team to reach the right diagnosis. There is no effective cure for posterior cortical atrophy, and supportive caregiving and coping strategies are at the cornerstone of dealing with this condition.

Posterior cortical atrophy affects adults over the age of 50 and it often starts before the age of 65. After the symptoms begin, the condition progresses slowly. Visual changes are the most prominent features of posterior cortical atrophy. Depression, anxiety, dementia, and loss of certain cognitive skills can develop as well, especially in the latter stages of the disease.

It can be difficult to recognize the symptoms of posterior cortical atrophy because they are related to visual abilities rather than pure visual deficits. These changes are described as a loss of visuoperceptual and visuospatial skills and not as blindness or vision loss.

Vision can be perfectly normal in posterior cortical atrophy—but the ability to know what is seen is impaired.

The effects of posterior cortical atrophy include:

Posterior cortical atrophy is often considered a variant of Alzheimer's disease, although memory loss does not usually develop until years after the disease begins.﻿﻿

If you or a loved one develop posterior cortical atrophy, the effects can be particularly disabling if you also have other neurological conditions such as a stroke or Parkinson’s disease.

Posterior cortical atrophy is caused by neurodegeneration, which is the loss of neurons. In this condition, neurons in the posterior region of the brain deteriorate over years, resulting in atrophy (shrinking) of the posterior cerebral cortex.

The posterior cerebral cortex of the brain includes the left and right occipital lobes, which are adjacent to each other. The occipital lobes mediate visual perception, allowing people to understand and recognize what the eyes see.

There is not a known cause or trigger for posterior cortical atrophy and there is no particular inheritance pattern or gene associated with the condition.

Both conditions have similar features on post mortem (after death) research studies. In posterior cortical atrophy and Alzheimer’s disease, the brain contains amyloid plaques and neurofibrillary tangles. These are proteins that are produced in the process of neurodegeneration.

A major difference between the conditions is that Alzheimer’s disease is usually characterized by atrophy of the medial portions of the temporal lobes, resulting in difficulties with short-term memory early in the course of the disease. On the other hand, loss of visual skills, the signature feature of posterior cortical atrophy, is not typical of Alzheimer’s disease.

Posterior cortical atrophy is diagnosed based on clinical symptoms, physical examination, and diagnostic tests. If you or a loved one develops this condition, you might not specifically complain of visual changes. You might instead complain of behavioral changes or confusion.

Your physical examination includes a neurological examination, which assesses muscle strength, reflexes, sensation, coordination, walking, vision, speech, and memory. These may be normal in posterior cortical atrophy, but the visuospatial difficulties can make it difficult to cooperate with the examination.

Further evaluation may include visual acuity testing and an eye exam, which are usually normal. Visual acuity testing measures your ability to see objects clearly at a distance, typically using a reading chart. This test does not involve recognizing complex relationships between objects or knowing the names of objects or what they are used for.

What to Expect During a Vision Exam

You may need to have testing that specifically evaluates your memory, concentration, problem-solving skills, and judgment.﻿﻿ These tests are usually interactive, involve your participation, and can take hours. Neuropsychological testing may be useful when it comes to pinpointing your exact neurological deficits.

There is a high likelihood that you will have a brain imaging test, such as computerized tomography (CT) or magnetic resonance imaging (MRI). These tests can identify lesions in the brain such as strokes, traumatic brain injuries, and areas of atrophy.

In posterior cortical atrophy, the occipital lobes are smaller than would normally be expected, and this is usually apparent on brain CT and MRI examinations.

You may also have certain blood tests, including a complete blood count (CBC) and electrolyte tests. These tests can help determine whether you have another problem, such as an infection or a metabolic issue that could be causing your symptoms.

A lumbar puncture (LP), also often called a spinal tap, is an invasive diagnostic test. If you have this test, a doctor would place a needle in your lower back to collect spinal fluid. The procedure lasts for about five to 10 minutes and is a bit uncomfortable— but it is safe, and most people are easily able to tolerate it.

An LP can identify evidence of an infection or inflammation (such as in multiple sclerosis). The results would typically be normal in posterior cortical atrophy.

There are several medical conditions that can cause effects similar to those of posterior cortical atrophy, and it can be hard to tell the difference in the early stages of the disease.

Depending on the pattern of neurological deficits, these types of dementia can be mistaken for each other or for posterior cortical atrophy early in the diagnostic process. They generally have different features and as they progress the difference between them becomes clearer.

As each of these types of dementia continues to worsen, however, they may become so severe that some of their late-stage effects can be almost indistinguishable.

Stroke: A stroke is a sudden brain injury that occurs due to deficient blood supply in the brain. A stroke can cause a variety of different effects, depending on the location of impaired blood supply.

An occipital stroke can cause symptoms similar to those of posterior cortical atrophy, but symptoms occur suddenly and do not progress. In addition, imaging tests can typically identify strokes.

Infection: Any infection in the brain, such as meningitis (an infection of the protective meningeal covering of the brain) or encephalitis (a brain infection), can cause behavioral symptoms. These infections typically cause a fever and an abnormal LP.

Encephalopathy: Systemic conditions that affect the body can impair brain function, producing a variety of symptoms, including visual changes. Wernicke’s encephalopathy, liver failure, kidney disease, and cancer are all examples of illnesses that can cause visual changes.

Inflammation: Inflammatory conditions such as lupus can have neurological effects that may mimic posterior cortical atrophy. However, in most of the inflammatory disorders other systemic symptoms are present, helping confirm the diagnosis.

There is not a single definitive treatment for posterior cortical atrophy. However, there are some measures that you can take to optimize your abilities and quality of life.

Specialized rehabilitation and vision therapy can be helpful, especially if you don’t have symptoms of dementia. It is important to be patient and persistent when it comes to therapy and to try to work with a therapist who is familiar with treating visuospatial impairment.

You may need assistance with your daily activities from a professional caregiver or your family members. As with rehabilitative therapy, it is important that caregivers become familiar with the effects of posterior cortical atrophy and learn how to alert you in potentially harmful situations.

If you or a loved one has been diagnosed with posterior cortical atrophy, there is no doubt that it can be challenging. Safety may also be an issue, and it is vital that you and your family pay attention to making your home and surroundings as safe as possible.

Not only is the condition itself difficult to live with, but the fact that it is so rare also makes it hard to find guidance and support. It is important that you don’t hesitate to ask for help when you need it. Your medical team can help point you to the right therapy for your condition. 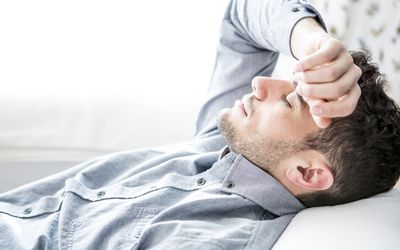