Can psychological treatments help us manage fibromyalgia symptoms, even though the symptoms have a physiological cause? According to research, and especially a 2017 study published in the journal Pain, it can.

This is thanks to some realities about our brains, their abilities to change, and our own ability to make positive changes in how our own brains work.

Any discussion of this topic is going to be controversial. That's understandable, especially given lingering misunderstanding in the public and the medical community about fibromyalgia being "just" depression or some other psychological problem.

The important thing to understand, however, is that while these treatments focus on psychological issues, that doesn't mean that fibromyalgia is psychological. Here are some facts to keep in mind:

Meanwhile, people with fibromyalgia are often given prescription medications that aren't terribly effective and come with a lot of potential side effects. We need more than these drugs offer, and certain psychological treatments may help fill in the gaps.

One of the better studied psychological treatments is cognitive-behavioral therapy (CBT). The authors of the Pain study, though, say they've found an approach that appears to be even more effective than CBT. They call it emotional awareness and expression therapy (EAET).

According to lead researcher Mark A. Lumley, Ph.D., EAET is an amalgam of techniques that many therapists are already familiar with. These techniques include:

"We have just picked themes or techniques from other, more common approaches and repackaged them, and provided some additional ideas to make it more appropriate for pain conditions," Lumley said in an interview.

What that means is, even though EAET is a new approach, it's one that could be easily replicated by therapists.

The main purpose of EAET is to help people deal with unresolved emotional issues. In the study, 230 people with fibromyalgia had an eight-week course of treatment—one group getting EAET, another getting CBT, and the third receiving education about the condition. The participants were evaluated at the beginning of the study, after treatment concluded, and six months later.

While pain severity didn't improve with EAET compared with fibromyalgia education, researchers noted several other improvements, including the following areas:

Also, almost 35% of people in the EAET group reported being "much improved" or "very much improved," compared to about 15.5% in the education group.

When compared to the CBT group, results were similar for several measures, but EAET had significantly better outcomes when it came to:

This study confirms the research team's 2010 findings, published in the Journal of General Internal Medicine, that suggested self-awareness interventions improved multiple fibromyalgia symptoms, including pain, tenderness, and self-reported physical function. It also confirms earlier work on exposure-based treatment of stress in fibromyalgia, which was published in the journal Psychotherapy in 2008.

In fibromyalgia, the brain amplifies pain signals and even generates them in response to things that shouldn't cause pain. The brain's pain pathways "overlap a lot with pathways that deal with danger signals and threats. If you could change those pathways with respect to a person’s sense of power or fear, reducing fear and increasing their power by resolving some of those emotional constraints, it simultaneously reduces the pain experience." Lumley said.

He says adaptive anger is an emotion that's often avoided, even in therapy. Many people have justifiable anger toward people in their lives as well as other emotions regarding relationships. By becoming aware of those emotions and learning to express them in healthy ways, he says it can reverse the "helplessness, fear, and sense of being trapped that so many people feel."

Multiple studies confirm what many of us know from experience—chronic illness is hard on relationships. Common misunderstandings of fibromyalgia and its confusing nature only serve to exacerbate that problem. Relationship problems lead to stress, and stress revs up our symptoms.

An element Lumley emphasizes is that people need to ask their therapist for the treatments that make up EAET because they're not "standard" approaches for pain reduction. Your therapist should be able to locate the study (the citation is at the end of the article) for specifics.

He also says therapists often fail to help their fibromyalgia patients understand that their symptoms stem mostly from the central nervous system and the brain's pain pathways. The important thing about understanding that is knowing that the brain is changeable:

No one is saying that everyone with fibromyalgia has unresolved emotional issues or that these kinds of issues are causing your illness. What studies do suggest is that for some, dealing with emotional issues can help us feel and function better.

When you're armed with the knowledge that emotional experience can change the brain—may, in fact, be able to change the very pathways that are responsible for many of our symptoms—it becomes clear why psychological approaches such as CBT and EAET can help us even though our illness is physiological.

Like all treatments, though, these approaches may not help everyone. Psychological treatments need further investigation into their effectiveness, according to a 2017 review in BMC psychology. Another review that same year, though, published in the German journal Schmerz, gave CBT a strong recommendation. (As a new therapeutic approach, EAET wasn't evaluated in these reviews.)

No single treatment is effective against all of our symptoms. It pays to consider a wide variety of approaches when coming up with the treatment regimen that works best for you. 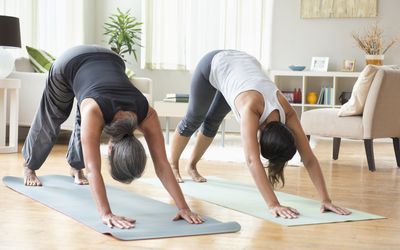 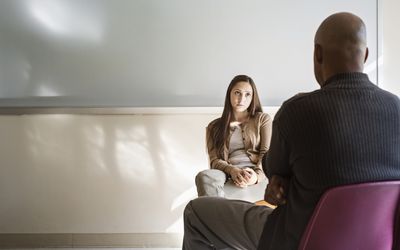