Cost is only one of the factors

Hepatitis C, a viral infection affecting the liver, doesn't impact all communities equally. Certain racial and ethnic groups are more likely to become infected. They are also less likely to access treatments that can cure this potentially life-threatening disease.

This is especially true of Black people in the United States, who are more likely to be deemed ineligible for hepatitis C treatment than any other racial or ethnic group.

The article looks at the racial disparities that limit access to hepatitis C treatment. It also outlines how the treatment works, how eligibility is determined, and what is being done to ensure greater equity among the 3.2 million people living with hepatitis C in the United States.

Hepatitis C is an infectious disease caused by the hepatitis C virus (HCV). In the United States, HCV is primarily spread through blood-to-blood contact due to injecting drug use. People born between 1945 and 1965 are also at increased risk due to the lack of blood screening technologies before 1992.

While around 20% of HCV infections clear spontaneously, usually within a year, the remaining 80% will persist and cause progressive damage to the liver. If left untreated, chronic hepatitis C can lead to liver scarring, cirrhosis (severe liver scarring), liver failure, and liver cancer.

Before 1990, hepatitis C was considered incurable. Over the course of the next 20 years, however, newer drugs were developed that offered cure rates of around 70%. Even so, many of these drugs (like ribavirin and pegylated interferon) were highly toxic and required up to 48 weeks of treatment.

It was only in 2014 that the first direct-acting antiviral (DAA), called Sovaldi (sofosbuvir), was introduced. Unlike HCV drugs of the past, DAAs work directly on the virus. They have shorter treatment times, fewer side effects, and cure rates of up to 99%. They can also be used without ribavirin or pegylated interferon.

Today, DAAs like Epclusa (sofosbuvir/velpatasvir) can treat every genetic strain of HCV with only one pill taken daily for 12 weeks.

The Impact of Drug Pricing

As game-changing as DAAs have been in the treatment of hepatitis C, they have one major drawback—their cost.

Currently, the manufacturer's list price of Epclusa—the recommended first-line therapy—is $74,850, not including the cost of lab tests and healthcare provider visits. Even with insurance and copay assistance, out-of-pocket costs can be prohibitively high. As a result, many people eligible for treatment can't afford it.

The high cost of DAAs has also influenced how HCV treatment is dispensed in the United States. A study in the Journal of Health Biomedical Law concluded that the cost of treating everyone with chronic hepatitis C in the United States in 2018 would run in the ballpark of $310 billion. By comparison, the total spending on all drugs during the time period was $360 billion.

The impact of DAAs pricing was felt almost immediately in the United States. With the introduction of Sovaldi in 2014, national prescription drug spending jumped by 13.1%, the largest such increase since 2001.

In light of these statistics, the HCV guidelines issued by the American Association for the Study of Liver Diseases and the Infectious Diseases Society of America (AASLD-IDSA) initially prioritized treatment for people with advanced liver disease.

However, as the financial burden eased on insurers (due to bulk purchasing and manufacturer discounts and rebates), the recommendations changed. Today, the AASLD-IDSA recommends treatment for all people with chronic HCV infection, except those whose life expectancy is fewer than 12 months.

Despite the changes, there has been a steady decline in the number of people receiving HCV therapy. According to the Centers for Disease Control and Prevention (CDC), only around 120,000 people are treated annually for hepatitis C—less than half of what is needed to eliminate the disease by the CDC's target date of 2030.

So why is this? Is price alone driving people away from treatment? Or, are there other factors at play?

Chronic hepatitis C disproportionately affects racial minorities in the United States. Although White people account for the majority of HCV infections overall, the rate of infections in communities of color is far greater.

According to the CDC, the rate of HCV infections among racial and ethnic populations in the United States is as follows:

Racial Health Disparities in the US

Race influences every aspect of hepatitis C management, including treatment outcomes and access to care.

Among the findings of the report:

While poverty plays a huge role in these findings—with 18.8% and 15.7% of Black and Latinx people living below the federal poverty limit—structural and institutional racism also play a part.

According to a 2017 study in the Annals of Hepatology, Black people with hepatitis C  are more likely to be deemed ineligible for treatment than any other racial or ethnic group. This, despite the fact that there were no differences in risk behaviors, psychiatric conditions, education status, employment status, or disease characteristics between Black and non-Black people.

If anything, Black people have higher rates of diabetes and kidney disease, both of which should prioritize them for HCV treatment rather than exclude them.

In their conclusions, the researchers could only identify racial discrimination as the underlying cause of the treatment denial.

Even the CDC acknowledges that certain institutional practices bar entire groups from hepatitis C treatment and, in turn, stigmatize those living with the disease. Chief among these practices is sobriety requirements that deny coverage to alcohol or drug users until specific abstinence or treatment criteria are met.

While the practice has dramatically cut treatment costs in many state Medicaid programs—such as Maryland, where only 0.08% of the prescription drug budget is spent on HCV drugs—public health experts warn that it can further widen the gap in treatment access for people of color.

Moreover, while the rate of injecting drug use is higher among White people, Black people are twice as likely to get hepatitis C due to shared needle use. This places Black injecting drug users—the group at the single greatest risk of hepatitis C—at even higher risk of HCV treatment denial.

According to research in the Journal of the National Medical Association, insurance denial is one of the primary reasons why treatment rates are low among Black people with hepatitis C. When faced with difficulties in the prior authorization process, many will abandon treatment rather than risk out-of-pocket expenses they cannot afford.

The CDC and others endorse the removal of such discriminatory practices. Research has consistently shown that injecting drug users are just as likely as anyone else to complete HCV therapy and achieve a "cure" if under the supervision of a healthcare provider.

On the flip side, the institutional stigmatization of hepatitis C—particularly in communities of color where public health services are poor and substance abuse treatment is lacking—further drives people from getting tested, much less treated.

There are no easy answers to overcoming barriers to treatment access for hepatitis C. But that doesn't mean you should accept the denial and wait until your condition worsens.

What is important to remember is that early treatment can help prevent or limit the development of cirrhosis while lowering your risk of liver cancer, liver failure, and other complications.

If faced with HCV treatment denial, there are certain things you can do:

What to Do About Insurance Claims Denials

Racial and ethnic minorities in the United States are disproportionately affected by hepatitis C. At the same time, people of color—most especially Black people—are more often deemed ineligible for treatment than Whites with the same education, employment status, and stage of the disease.

Poverty coupled with institutional racism and discrimination play a large part in this disparity. People with low incomes who are on Medicaid—the majority of whom are Black or Latinx—are 7.5 times more likely to get hepatitis C than those with commercial insurance.

Even so, many state Medicaid programs limit coverage to the people most in need as a means to cut costs. This includes injecting drug users who have hepatitis C (of which Black people are twice as likely to acquire the disease due to shared needle use).

The rate of insurance denials is also high among Black people, discouraging many with hepatitis C from seeking or continuing treatment.

If faced with a treatment denial, do not hesitate to file an appeal with your insurance company. A patient advocate can assist with the filing, as can your healthcare provider or liver specialist. Manufacturer and foundational assistance programs are available to defray or fully cover out-of-pocket costs for eligible individuals. 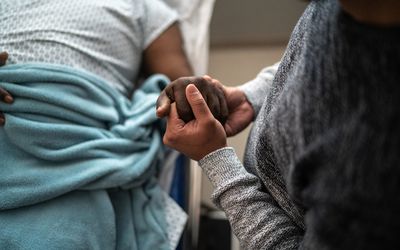 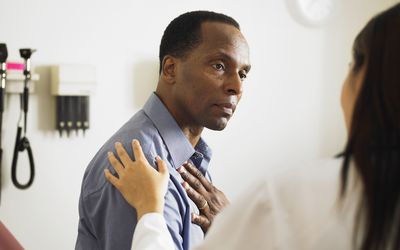 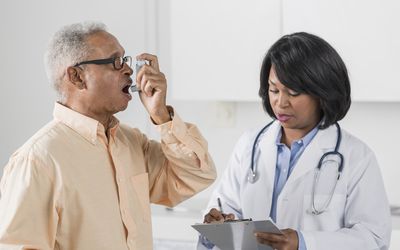 Cost of Asthma Care in People of Color