If you have a ragweed allergy you may not know the "how" or "why" behind your sniffles and sneezes, but you most certainly know the "when." Ragweed allergy can bring on impossible-to-ignore symptoms.

This article will explore where ragweed is commonly found, why it can lead to allergies, and how it's treated.

Ragweed is a weed with flowers that release pollen. If you are allergic to it, your immune system overreacts to this pollen as if it were a threat.

With this comes inflammation of the nasal passages. This is hay fever, or allergic rhinitis, and it brings about some symptoms that are similar to a common cold.

Ragweed pollen is the most common cause of fall hay fever. And like most causes of pollen allergy, ragweed pollen is spread through the air and is too small to be seen with the naked eye.

When Is Ragweed Season?

Ragweed pollen is mostly released between August and October. In most places, ragweed pollen peaks in mid-September and continues until the first frost kills the plant.

Pollen counts are highest during the morning hours and on windy days. Rainfall can decrease pollen counts.

Where Is Ragweed Pollen Commonly Found?

Ragweed grows just about anywhere, especially in fields, along the side of highways, and in vacant lots.

There are 17 species of ragweed that grow in North America.

The two main types are:

Ragweed is especially common in the Midwestern region and along the East Coast of the United States, but it can even be found in Hawaii and many other parts of the world, including Europe.

Ragweed allergy is a type of pollen allergy that occurs during late summer and early fall. Ragweed can grow in most places in the United States and is common in the Midwest and along the East Coast.

Ragweed allergy, like other pollen allergies, may include symptoms of hay fever, eye allergies (allergic conjunctivitis), and allergic asthma.

Allergic conjunctivitis can cause eyes to become:

With allergic asthma, an allergen such as ragweed triggers symptoms of asthma, such as:

Symptoms caused by ragweed pollen allergy would be expected to start during August and September and last until October or November, depending on the climate.

When your immune system overreacts to an allergen, it creates specialized proteins called antibodies that are designed to attack the allergen. Even minimal exposure to ragweed pollen can be enough for this process to begin.

The antibodies trigger your mast cells, also part of the immune system, to release chemicals such as histamine. Their mission? To try to flush out the "threat" by triggering symptoms like a runny nose and sneezing.

Ragweed and Other Allergies

Many people with other types of pollen allergy are also allergic to ragweed pollen. For example, if you're allergic to tree pollen, it's very likely you have a ragweed allergy as well.

Pollen food allergy syndrome, also called pollen fruit syndrome, is an allergic reaction that causes itching and tingling in the mouth, throat, and lips. People with ragweed allergy may experience it after eating certain raw fruits and vegetables, such as bananas, melons, and zucchini, especially during ragweed season.

Allergies to dust mites, mold, or pet dander can overlap with pollen allergies. And if you are having a reaction to more than one allergy at one time, it can make your symptoms feel worse.

If you have allergy symptoms, see an allergist, a doctor who specializes in diagnosing and treating allergies and asthma.

The allergist will ask you about your medical history, the symptoms you're experiencing, and their timing. They may also perform skin or blood tests to confirm a ragweed allergy or to diagnose other allergies.

Skin prick tests are common skin tests that involve pricking the skin with a small amount of ragweed pollen and other common allergens to see which ones cause a reaction.

Blood tests look for antibodies or the actions of antibodies within a blood sample.

How to Treat Ragweed Allergy

Although a ragweed allergy cannot be cured, over-the-counter (OTC) and prescription medications can help you successfully reduce and manage symptoms.

Immunotherapy—which exposes you to very small amounts of ragweed over time to gradually decrease your immune system's reactivity to it—is another option. It may be considered if other medications don't bring you relief.

Speak to an allergist about which treatments or combination of treatments might be best for you.

There are a variety of drugs that may be considered for the treatment of ragweed allergy. They may be used alone or in combination.

Starting your medication in the summer can help you be prepared for ragweed season and avoid some of the symptoms.

Immunotherapy is typically delivered in allergy shots. It typically involves treatments once or twice a week for about six months, after which time the frequency may reduce, depending on your individual response.

Maintenance treatments given about once a month are typically needed for several years.

There are also drops or tablets with ragweed extract that go under the tongue, which is called sublingual immunotherapy. Ragwitek is one example.

Immunotherapy is a long-term treatment and it can take a full year of regular treatments to start to notice improvements in your symptoms. However, many find that commitment worthwhile.

Immunotherapies have been well studied in the treatment of ragweed allergy and are known to be very effective.

OTC or prescription medications can help ease ragweed allergy symptoms such as nasal congestion and/or inflammation. Immunotherapies, treatments that gradually expose you to ragweed in order to make your body less reactive, can offer a more long-term solution.

Ragweed is difficult to avoid since it spreads so easily through the air, but there are some steps you can take to reduce your exposure.

Being mindful of the foods you eat can also help you avoid those with similar proteins that may trigger your allergy symptoms.

How to Avoid Ragweed Pollen

To minimize your exposure to ragweed pollen, try the following:

Certain fresh fruits, vegetables, seeds, and herbs can contain similar proteins to ragweed pollen. If you notice symptoms when eating any of the below foods and have ragweed allergy, you may need to avoid them:

In most cases, ragweed allergy can be successfully managed with immunotherapy if medications don't offer enough relief. However, the level of symptom control can vary depending on the person.

It may take some time to figure out which lifestyle changes and medications may be most helpful in your case. Even when you find them, your symptoms may be well-managed at one time of year and less controlled at other times, when pollen levels are high.

To complicate matter further, the severity of your immune response and its accompanying symptoms can shift as you age. You may seem to outgrow certain hay fever symptoms, or they may change or intensify. This may require a change in your treatment plan.

Ragweed pollen is a common seasonal allergen, affecting about 15% to 26% of people in the U.S.

If you have allergy symptoms between August and October, it might be caused by ragweed. See an allergist who can diagnose allergies and offer a treatment plan that may include mediations and immunotherapy. 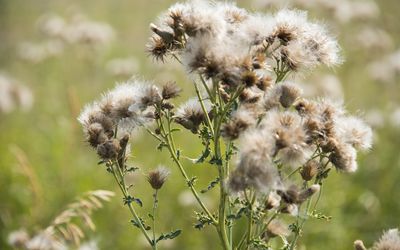 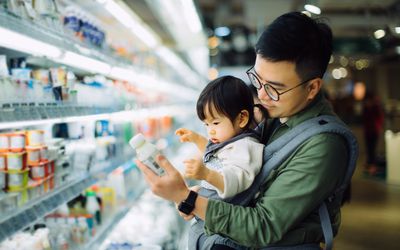 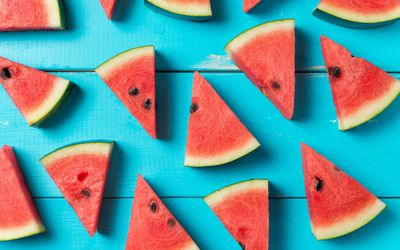 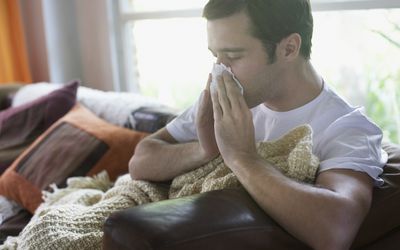 Seasonal Allergies and How to Treat Them 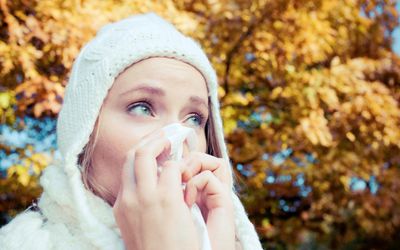 What to Expect During Fall Allergy Season 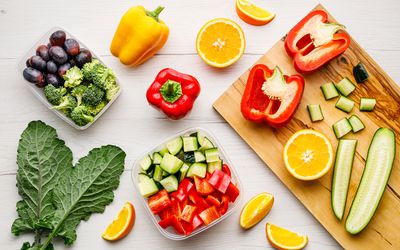