The red cell distribution width (RDW) blood test measures how equal your red blood cells are in size and shape. The RDW test is one of several tests included in a complete blood count (CBC), a standard set of labs done on a blood sample.

A lower RDW means that your red blood cells are all about the same size.

If the red cell distribution width is high, the sizes of your red blood cells vary more than what's considered normal. A high RDW may be a sign of anemia or another nutrient deficiency.

This article covers why RDW blood tests are done, how the results are interpreted, and what to expect if you are having a RDW blood test.

Purpose of the RDW Blood Test

The RDW blood test is commonly performed both for screening healthy individuals and to evaluate a wide range of medical conditions, including anemia.

There are times when healthcare providers may specifically look at the value of RDW:

RDW results are considered one piece of the diagnostic puzzle. A CBC includes several indices, or measurements, pertaining to your red blood corpuscles (the medical term for cells).

The other red cell indices include:

A CBC also includes indices related to your white blood cells and platelets. RDW test results will be considered alongside other CBC results as a healthcare provider evaluates your situation.

The results of an RDW blood test are used in combination with other indices to tell one type of anemia from another.

For example, both iron deficiency anemia and thalassemia are usually associated with a low MCV, but the two conditions are treated differently. Checking the RDW can help distinguish between these two types of anemia, where a high RDW indicates a possible iron deficiency, and a normal RDW would point to thalassemia.

RDW can also be very helpful in mixed anemias. For example, a combination of iron deficiency (microcytic anemia) and folate deficiency anemia (macrocytosis) may have a normal MCV (normocytic anemia), but the RDW will be very high.

The RDW can be a very helpful number even if there is no evidence of anemia (if the red blood cell count and hemoglobin levels are normal).

The RDW can predict the overall risk of mortality in people over the age of 45 (people with a high RDW are more likely to die earlier on than those who have a lower RDW).

Many studies have been done in the last several years looking at the predictive value of RDW in a wide range of diseases. Some of these include:

From another angle, researchers have looked at the potential for RDW to predict the risk of cancer in people who do not currently have the disease. For example, they found a dose-dependent relationship between high RDW values in men and postmenopausal women and future cancer risk.

For people who are undergoing evaluation for unintentional weight loss, a high RDW increased the chance that the weight loss was due to cancer.

Research on the role of RDW in evaluating conditions other than blood conditions is quite new, and it's expected that more information will be available to better understand the potential benefits of looking at RDW in the future

Since the RDW is part of a simple blood test, there are very few risks. Uncommonly people may experience bleeding at the puncture site, bruising (a hematoma), or infection.

RDW may also be referred to as erythrocyte distribution width or RDW-SD (standard deviation test).

There are a few limitations with this blood test. If an RDW is drawn after a blood transfusion, it won't accurately reflect the RDW of a person's cells. If a lab uses EDTA anticoagulated blood instead of citrated blood, the reading will be falsely high (think of those colored tops on the blood collection tubes). Since the RDW is calculated using MCV, an error in MCV will result in an error in the RDW.

Before an RDW Test

There are no special dietary or activity restrictions prior to doing an RDW (CBC). You will need to have your insurance card and it's helpful to provide your healthcare provider with any previous CBC results for comparison.

A CBC may be drawn in the hospital as well as many clinics and labs.

Before drawing your blood, a lab technician will clean the area (usually an arm) with antiseptic and apply a tourniquet to make the vein easier to see. They will then insert the needle through your skin and into the vein.

While the needle is inserted you may feel a sharp (but short) sting, and some people may experience lightheadedness or feel faint.

After the sample is removed, the needle is removed and pressure applied to the puncture wound. A dressing is then applied to keep the area clean and reduce any bleeding.

As soon as your blood is drawn, you will be able to return home. Potential side effects to be aware of include:

If your clinic has a lab associated with it, most often you will receive your results shortly after they are completed. In some cases, the blood sample will be sent out to a lab and your healthcare provider will call with results when they are available.

RDW results appear on a CBC report alongside all of the other indices. The combination of results is usually used rather than the RDW alone.

Normal red blood cells average between 6 and 8 micrometers in diameter. RDW results are given as a percentage. The normal range for RDW is roughly 11.5% to 15.4%, and the number often increases with age, and can vary somewhat by the laboratory doing the test, however.

Here's a sense of the possible reasons why your RDW may be low, high, or normal.

Having a low RDW is normal and ideal. It means that your red blood cells are all uniform in size and shape. A low RDW is not associated with any blood disorder.

A few types of anemias associated with an elevated RDW include these situations:

Even if your CBC results reveal a normal RDW, you can still have anemia. In this case, your healthcare provider will consider other values on your CBC to determine the type of anemia present.

Examples of anemias in which RDW is most often normal include these situations:

The MCV is of particular interest, as certain RDW and MCV result pairings are indicative of certain diagnoses.

The following are examples of conditions that combined RDW and MCV rates may indicate. Note, however, that there are exceptions to these general rules. For example, sometimes anemia of chronic disease is associated with a low MCV, and sometimes iron deficiency anemia will show a normal MCV.

RDW results will be considered in the context of additional indices you'll find on your CBC report. In addition to the aforementioned MCV, MCH, and MCHC, these include:

Variation in red blood cell size may also be noted visually by looking at a peripheral smear for morphology. This test is usually done after a CBC to investigate an abnormality.

In a peripheral blood smear, the blood sample is viewed under the microscope. In addition to being able to visualize differences in size and shape, other findings may include target cells, nucleated red blood cells, fragmented red blood cells (with hemolysis), and more.

Other tests that may be done to help identify anemia include:

Follow-up testing if the RDW is abnormal will depend on many factors. Be sure to discuss your results with your healthcare provider and he/she should provide any follow-up.

Red cell distribution width (RDW) is a valuable tool in evaluating the different types of anemia and may have a wide range of uses even when a person's red blood cell count is normal. In addition to the conditions mentioned above, some argue that RDW could be a measure of general well-being.

For now, it's uncertain the value this test will have in many conditions but it's noteworthy that simple tests such as these may provide important information to be heeded.

What Is MCV on Your Blood Count?
18 Sources
Verywell Health uses only high-quality sources, including peer-reviewed studies, to support the facts within our articles. Read our editorial process to learn more about how we fact-check and keep our content accurate, reliable, and trustworthy.
Additional Reading 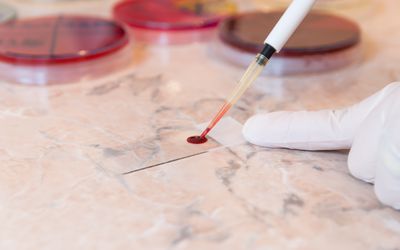 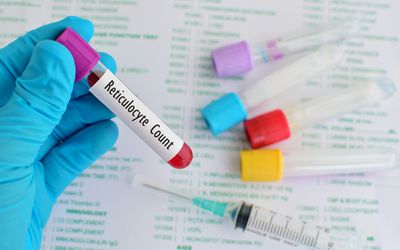 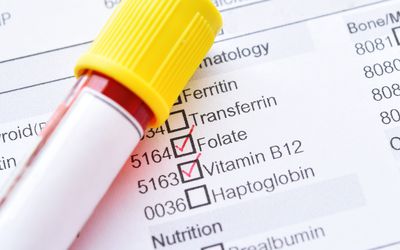