People with chronic acid reflux may find some relief by reducing simple sugars in their diet, according to a new study.

Also known as gastroesophageal reflux disease (GERD), chronic acid reflux affects as many as 20% of U.S. adults. This condition is characterized by heartburn and regurgitation as swallowed foods move back into the esophagus, a hollow tube that runs from the throat to the stomach.

The new study, conducted by researchers at Vanderbilt University, was the first to evaluate the impact of carbohydrates on GERD through a randomized controlled trial. The results suggested that reducing the consumption of simple carbs, such as white bread and cookies, can reduce the frequency and severity of heartburn and other GERD symptoms.

Heartburn vs. Acid Reflux vs. GERD: Everything You Need to Know

However, Heidi Silver, RD, MS, PhD, a professor of medicine at the Vanderbilt University Medical Center and senior author of the study, said that it’s not necessary for people with GERD to completely give up simple sugars.

“Reducing intake is a more sensible and satisfying approach,” Silver told Verywell in an email.

Complex carbs, on the other hand, provide a slow release of blood sugar and typically contain fiber and other nutrients that support digestion. These can include beans, whole-grain bread, and starchy vegetables.

Why Cutting Back on Simple Carbs Reduces Acid Reflux

More research is needed to understand exactly why reducing simple carbs improves GERD. But experts speculate that carbs are sometimes hard to digest, which can lead to delayed gastric emptying and put more pressure on the muscles between the stomach and the esophagus, called the lower esophageal sphincter (LES).

“Without the right kinds of healthy bacteria in our digestive system, those carbohydrates will not digest fully or properly, and they could essentially create gas and bubbles,” said Amy Bragagnini MS, RD, CSO, a clinical oncology dietitian at Trinity Health Lacks Cancer Center and spokesperson for the Academy of Nutrition and Dietetics.

The gas could bubble up and make acid reflux worse, Bragagnini added.

Balance and Moderation are Key

Rena Yadlapati, MD, MSHS, FACG, a gastroenterologist and the director of the Center for Esophageal Diseases at the University of California, San Diego, said that patients who stop eating all the foods that might exacerbate GERD might be more affected by the lower quality of life than the occasional reflux symptoms.

GERD diet recommendations often focus on avoiding foods that can slow digestion and reduce pressure on the LES. Yadlapati said that it’s more important to focus on portion size and meal time than cutting out the entire laundry list of potential “trigger” foods.

Larger meals take longer to digest and put more pressure on the LES, hence more likely to cause reflux. Small portion sizes can help move food from the stomach to the small intestine faster.

Eating too late at night might also worsen GERD symptoms because you might lie down in a position that provokes reflux before your meal is fully digested. Yadlapati said she encourages her patients to stop eating at least three hours before bedtime.

“If you want to go out on a Friday night or Saturday night and have late-night snacks and drinks, it’s okay to live your life,” Yadlapati said. “But know that you’re probably going to have some symptoms and just don’t be alarmed when that occurs.”

Reducing simple carbs in your diet may improve your GERD symptoms, but you don’t need to cut them all out overnight. Consider speaking with a healthcare provider about how you can reasonably cut back on your simple carbs intake while still getting to enjoy the foods you love. 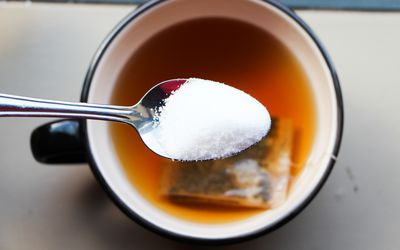 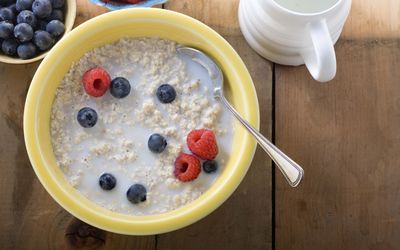 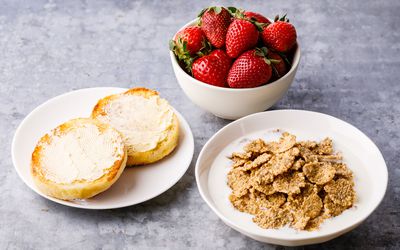 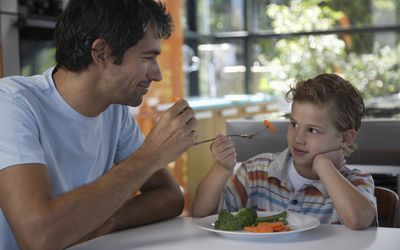