The risk of developing renal cell carcinoma has been strongly associated with modifiable lifestyle factors, such as smoking, obesity, high blood pressure, and some environmental toxins.

Moreover, kidney disease, exposure to certain toxic chemicals, or extensive painkiller use are other lifestyle-associated risk factors linked to the development of renal cell carcinoma.

As with most cancers, there are also risk factors that cannot be changed such as certain genetic disorders, a family history, and some medical conditions.

This article will highlight the causes and risk factors associated with renal cell carcinoma, and what you can do to reduce your risk.

Renal cell carcinoma begins when kidney cells acquire a series of gene mutations that eventually lead to uncontrolled cell growth. Gene mutations that cause cancer can be either inherited from parents (germline mutations) or, much more commonly, acquired at some time after birth (somatic mutations).

It's not known precisely what causes renal cell carcinoma, though several strong risk factors have been identified. Specifically, there is evidence to support tobacco as a direct cause. It's thought that unstable molecules (free radicals) in cigarette smoke can directly cause damage to kidney cells' DNA that leads to the development of renal cell carcinoma.

Oncogenesis: The Process That Leads to Cancer

A risk factor is anything that raises the chance that cancer will develop. Renal cell carcinoma, as with many cancers, is often "multifactorial" in origin. This means that a combination of risk factors may work together to increase or decrease the risk.

Other risk factors include the following:

The incidence of this type of cancer has been increasing over the past few decades, with twice as many cases diagnosed annually today as there were in 1975. It is most commonly found in people between the ages of 50 and 70 and occurs more often in men than women.

The incidence of renal cell carcinoma can vary depending on sex, race, and where a person lives.

Age: The average age of diagnosis for renal cell carcinoma is 64, but this cancer can occur at any age, even in childhood. For those who have genetic predispositions, these cancers arise, on average, 20 years earlier. The age at diagnosis may be changing, with much of the recent increase in cases being in people over the age of 75.

Sex: Renal cell carcinoma occurs more often in men than in women, with roughly two-thirds of cases occurring in men.

Geography: Globally, North America and Western Europe have the highest incidence of renal cell carcinoma, yet it's thought that the incidence will increase in other regions of the world as they adopt a Western lifestyle.

Smoking is thought to be the cause of around 30% of renal cell carcinomas in men and 25% in women. Cigarette, pipe, and cigar smoking are all associated with an elevated risk.

Smoking cigarettes increases the risk of renal cell carcinoma, with more pack years of smoking leading to higher risk. Overall, people who smoke (or former smokers) are 1.5 to 1.6 times more likely to develop the cancer, with those smoking over 20 pack years having double the risk.

Among former smokers, the risk decreases significantly for those who have quit more than 10 years previously, but never returns to normal.

Among Blacks, the presence of high blood pressure appeared to raise the risk further (up to 2.8 times average).

Being overweight has been primarily linked to renal cell carcinomas in women. But obesity (a BMI greater than or equal to 30) raises the risk in both men and women. Those with a BMI of 35 or greater were found to have a risk 71% higher than people of normal weight.

People with kidney disease, particularly those who are on dialysis, have an increased risk of developing renal cell carcinoma.

Compared to people without kidney disease, those who have acquired cystic disease of the kidneys are up to 50 times more likely to develop renal cell carcinoma. On a positive note, an awareness of the risk often allows these cancers to be found early, when they are most treatable.

A number of environmental toxins have been linked to renal cell carcinoma, though some of these are better documented than others. Many are from occupational exposure. It's believed that this connection is due to the kidneys being damaged (and cells being altered during repair) as they remove toxins from the body.

In North America, Europe, and Australia, regular use of Tylenol (acetaminophen) and nonsteroidal anti-inflammatory medications (NSAIDS) such as Advil or Motrin (ibuprofen) has been found to significantly raise the risk of renal cell carcinoma. No increase in risk was identified, however, for the regular use of aspirin (though studies in other regions of the world have suggested a risk).

Similar to environmental toxins, these medications are metabolized/detoxified by the kidneys and may cause cell damage as they are processed. In addition, NSAIDS prevent the production of lipids called prostaglandins, which play a role in kidney function.

Both hormone replacement therapy and oral contraceptives (birth control pills) have been associated with a lower risk of renal cell carcinoma. Looking at signaling pathways, estrogen may be a factor in the lower incidence of the cancer in women than in men.

Risk factors that are associated with renal cell carcinoma include smoking, being overweight or obese, having high blood pressure, occupational exposure to certain chemicals, having kidney disease, and regularly taking certain pain medications, including NSAIDs and acetaminophen.

There are over 10 genetic syndromes associated with renal cell carcinoma. Some of these include:

A number of lifestyle factors may either increase or decrease the risk of developing renal cell carcinoma. While people can't control their age or genetics, lifestyle factors are something that can be modified to reduce risk.

In fact, it's been found that three of these factors can be aggressively targeted to reduce the risk of developing the disease including:

Each of these risk factors is considered "dose dependent," meaning that even small efforts to manage the risk factor might reduce risk. Certainly, greater management could reduce risk even further.

Eating a healthy diet: Studies have found that a diet high in vegetables (especially cruciferous varieties, such as broccoli, Brussels sprouts, cabbage, and kale), fiber-rich legumes (beans), and fruits are associated with a lower risk of some types of renal cell carcinoma. Contrarily, a diet high in meats and dairy products may elevate risk.

Reducing the use of certain medications: Since NSAIDs are associated with an elevated risk of renal cell carcinoma, it may be helpful to talk to your healthcare about alternative methods of managing pain and discomfort, if you use these medications regularly.

Occupational exposures: Employers are required to notify workers of carcinogens they may be exposed to and provide material data safety sheets as to their proper use and protection. Make sure to take the time to read these to learn of specific precautions you should take, including wearing gloves, masks, and respirators, or limiting time of exposure.

Managing kidney disease: It's important to see your healthcare provider regularly, having blood work to test your kidney function to catch and treat any problems early. For those who have advanced kidney disease, careful monitoring is also needed.

Like most cancers, there is no known cause of renal cell carcinoma. However, there are known risk factors, including smoking, obesity, and having high blood pressure. Other risk factors include occupational chemical exposure, overuse of certain pain medications, and genetic cancer syndromes.

The most important changes you can make to reduce your risk of developing this cancer are quitting smoking, managing your high blood pressure, and maintaining a healthy weight with a nutrient-rich diet and regular exercise.

Fortunately, many of the known risk factors for renal cell carcinoma are considered modifiable—they can be changed to lower your risk. What's more, being aware of factors that cannot be changed, such as a family history of the cancer, may help you and your healthcare provider be proactive in detecting any cancer that might develop at the earliest and most treatable stage possible.

With any medical condition, it's important to be your own advocate and adopt health-promoting habits. With renal cell carcinoma, your efforts can make a difference in reducing your risk. There are many factors in life you can't change, so it's refreshing to have some control. While changing any risk factors you have might seem overwhelming, even small positive changes can help protect your health over the long run 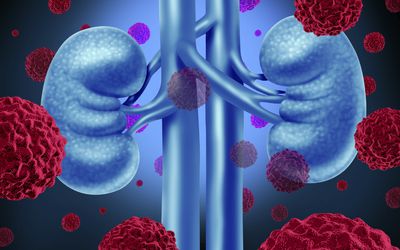 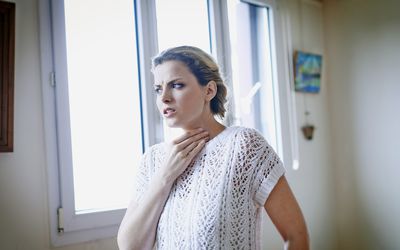 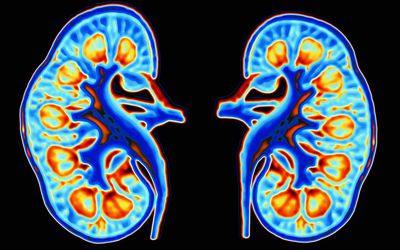 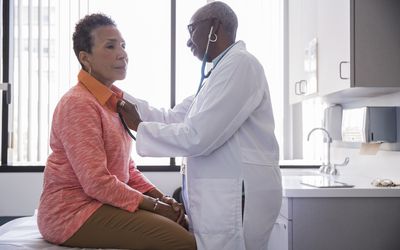 What Is Papillary Renal Cell Carcinoma?