President Biden will likely spend his first few months undoing the policies previously enacted by former President Trump. According to Rachel Fey, senior director of public policy at Power to Decide, a campaign to prevent unplanned pregnancy, bills that have not become law under the Trump administration will be terminated and would have to be reintroduced.

Some of the reproductive policies currently on Biden’s agenda include:

If there is a reproductive health issue you are passionate about, contact your state representative to get involved and express support. For more information on how to contact your federal, state, and local elected officials, visit this website.

During Biden’s campaign, he made it clear that reproductive health would be one of his priorities. Although Biden has stressed that vaccine rollout and the economy are his top priorities during his first 100 days in office, reproductive health is directly linked to the pandemic. One in three women has experienced pandemic-related delays or cancellations of sexual and reproductive health care, with rates being disproportionately higher for Black and Latinx women and queer people.

“Under a Biden administration, we can expect strong support for the Affordable Care Act," Jamie Daw, PhD, MSc, assistant professor of health policy and management at Columbia Mailman School of Public Health, tells Verywell. "We will see a refocus of Medicaid programs, expanding access and benefits."

Medicaid is the largest payer for health care in the U.S., supporting over 90 million Americans. From 2013 to 2018, rates of uninsured women of reproductive ages 15 to 44 declined from 20% to 12%. According to the Guttmacher Institute, this decline was driven by increased Medicaid coverage and private insurance. Despite Medicaid’s success in keeping Americans insured, Trump’s efforts to dismantle Medicaid has had an alarming impact.

“Under the Trump administration, there was a lot of interest in undermining access to health insurance for everybody," Daw says. "That included women, lowering funding for things like health insurance navigators, allowing state Medicaid programs to put policies that would likely lead to fewer beneficiaries."

One of those policies mandated clinics to choose an ultimatum: stop providing information about where women can go to access abortion care or lose all funding. This “can limit not just their ability to stay open, but their ability to provide a broad range of contraceptive methods to have enough hours to meet the needs in their communities,” Fey tells Verywell. “There was a decline in the number of patients that were served.”

In the coming months ahead, Biden’s administration will face the challenge of undoing Trump’s policies that chipped away at the ACA.

According to the Power to Decide, more than 19 million women live in contraceptive deserts—areas where people are unable to access health centers providing a full range of contraceptive options. Limiting insurance coverage options only exacerbates the cost of reproductive health. When people have access to contraceptive information, it can prevent unintended pregnancies, reduce the risk of pregnancy-related illness, injury, and even death.

Biden has pledged to restore the ACA including the contraception mandate, which allows at least one form of 18 FDA-approved methods of birth control to be covered by a healthcare provider without a copayment. “The Biden administration has been clear that they are committed to restoring contraceptive coverage provision which is part of the ACA,” Fey says.

Biden also aims to reinstate federal funding for clinics like Planned Parenthood by reissuing guidance prohibiting states from refusing Medicaid funding. In addition to restoring federal funding, the Biden administration intends on repealing the Hyde Amendment, which blocks federal funds from being used to pay for abortion. This decision would be monumental for abortion access.

“The Hyde Amendment really creates a situation where abortion is not accessible for everyone," Fey says. "And this falls hardest on Black and Brown people and people living with lower incomes or in rural areas where they already face disproportionate barriers to access."

Despite all of the incoming administration’s hopes for change, holding the new administration accountable to their promises is what reproductive health experts anticipate will be the next challenge.

“There are a lot of competing needs that this administration will face," Fey says. "One simple thing is to engage with the incoming Biden-Harris administration about how important these things are to them."

You can also donate to reproductive health organizations, and find more ways to stay engaged.

“Whether it’s your dollars, through your social media, engagement with policymakers, find some way to get involved and help move the ball forward,” Fey says. “It’s not enough as citizens to just sit back and say everything’s fine. We have to be active participants, all of us.” 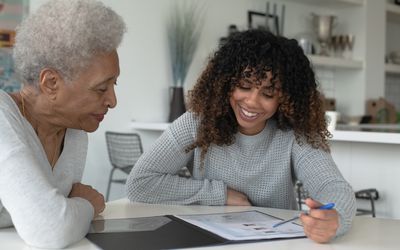 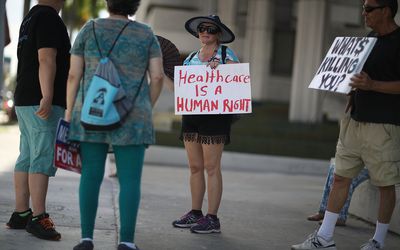 Democrats, Republicans, and Your Health Insurance 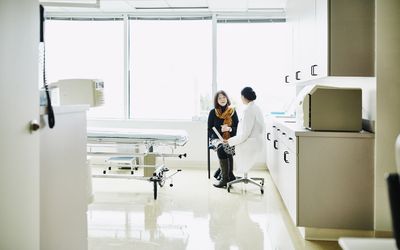 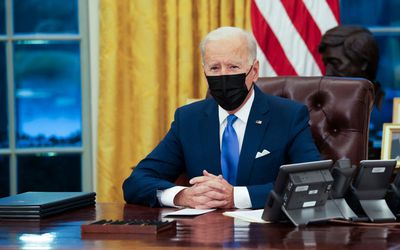 Biden to Reopen Obamacare Markets: What This Means for Your Health Coverage