Jennifer Leavitt, MS, is an award-winning writer and editor with a graduate degree in Health Sciences.

Retinoblastoma is cancer of the eye that begins in the retina, a layer of tissue near the optic nerve. It occurs most often in infants and children, but sometimes in older children and adults. Ninety-five percent of all cases are diagnosed in children under the age of 5.

The most common type of eye cancer, retinoblastoma, is often first detected by parents who notice a white pupil or other abnormalities of the eye, such as crossed eyes, bulging, or vision difficulty. Retinoblastoma may occur in one or both eyes and may have few or no symptoms at first.

Retinoblastoma affects both sexes and all races and ethnicities equally. There are fewer than 20,000 cases per year in the United States.

Retinoblastoma can occur in one eye or both eyes, with an equal frequency between the left and the right. There are three types of retinoblastoma, as well as three retinal subtypes. The types are:

The retinal subtypes are:

Because retinoblastoma most often appears in infants and toddlers, parents usually first notice that something is not quite right with their child's eye. The eye may appear deformed or irritated, or their vision may seem impaired.

Symptoms of retinoblastoma include:

If cancer is not detected when it is still limited to the eye, it may spread (metastasize) to the other eye, other areas of the head or brain, the spine, or distant parts of the body.

Symptoms of metastasized retinoblastoma include:

Retinoblastoma occurs when a tumor develops in some of the brain’s primitive nerve cells. Nearly 85% of unilateral (affecting one eye) retinoblastoma cases are referred to as “sporadic,” meaning that doctors do not know what caused them. In the other 15% of cases, the genetic predisposition has been inherited from one or both parents, even if they never had it themselves.

Gene mutations that cause retinoblastoma include:

The Cause of Mutation Is Currently Unknown

Whether mutations are inherited or sporadic, scientists do not know what causes them. Instead, they suspect random errors in gene transcription and have not identified any environmental or lifestyle causes.

The most accurate way to diagnose retinoblastoma is through an ophthalmic examination, ideally performed under general anesthesia. During this exam, the ophthalmologist (a medical doctor that diagnoses and treats eye diseases):

Other Labs and Tests

In addition to an ophthalmic examination, the ophthalmologist may order or perform the following tests:

To make sure cancer has not spread anywhere else, a pediatric oncologist will also conduct a physical exam, blood tests, a spinal tap, and testing of bone marrow tissue.

Most people will have a combination of treatments that may extend over months or years. The most important factors that guide treatment protocol include type, subtype, and staging.

In the case of some small tumors, focal treatments (noninvasive techniques) might be sufficient for treatment and removal. These include:

In most cases, tumors are larger or difficult to access, so the care plan consists of both focal treatments and chemotherapy.

When systemic (whole body) chemotherapy is part of the treatment plan, it ordinarily continues for six months. In recent years, many oncologists have instead ordered targeted chemotherapy, delivered directly into the artery that supplies blood to the eye (intra-arterial chemotherapy).

When retinoblastoma has spread throughout the eye, another strategy is direct chemo injection into the eye (intravitreal chemotherapy). Usually, this entails several treatments, each a few weeks apart.

When chemotherapy concludes, external radiation therapy might be added to the regimen, especially if you have hereditary retinoblastoma, making recurrence more likely.

When there are large tumors in both eyes, chemotherapy can be used to shrink the tumors and potentially prevent surgery or save vision in at least one eye.

Removal of the Eye

If these treatment combinations cannot control cancer, the eye may need to be removed. If the eye has already lost vision, the tumor is extremely advanced, or there is painful, increasing pressure in the eye due to glaucomas, the eye is removed and replaced with an orbital implant (glass eye).

If retinoblastoma has spread to distant sites, the prognosis is more concerning and requires more aggressive treatment, such as higher doses of chemotherapy and a stem cell transplant. Enrolling in clinical trials to take advantage of newer treatments may be a promising option for later stage cancers.

Deciding If an Experimental Treatment Is Right for You

Early diagnosis and treatment are crucial to prevent vision loss and the metastasis of retinoblastoma beyond the eye. All genders have similar outcomes with the treatment of the disease. Children from underserved or minority communities are often diagnosed later and therefore have less favorable outcomes. This is purely socioeconomic; there is no genetic influence on outcome based on race or ethnicity.

Almost all children who are treated for retinoblastoma live for five years or more after finishing treatment. Those who are cancer-free after five years are considered cured.

Out of every 10 children with retinoblastoma, 9 are cured. The chances of being cured are dramatically improved if cancer is caught in its early stages. Left untreated, though, retinoblastoma is nearly always fatal.

Risk of Other Cancers

Due to the same genetic mutations that led to retinoblastoma, and to the effects of chemotherapy and radiation, people who had cancer do have an increased risk of other cancers later on in life. For this reason, the person who had cancer, their families, and providers will want to remain vigilant in order to catch any subsequent cancers early.

A cancer diagnosis can create a sense of helplessness, despair, depression, anger, or fear. Parents of a child with retinoblastoma need to remember that they did not cause the disease. Children with cancer and their parents need to practice self-care, including adequate rest, healthy eating, and exercise. Talking to family and friends can be helpful, and therapy or support groups might help a lot as well.

If you are parenting a child with retinoblastoma, help your child to get familiar with smells, sounds, textures, and surface changes to make up for any vision deficiencies. Start using your voice to convey directives or emotions that would normally be conveyed through facial expressions.

Retinoblastoma is cancer of the eye that begins in the retina. A majority of all cases are diagnosed in children under the age of 5. Retinoblastoma can occur in one eye (unilateral) or both eyes (bilateral). It is caused by a gene mutation that can be hereditary or sporadic (no known cause).

Symptoms of retinoblastoma include redness, blurry vision, a crossed eye or eyes, white pupil(s), pain, and more. It is most often diagnosed with an ophthalmic examination, but may also include an ultrasound, MRI, electroretinogram, and/or genetic testing.

Retinoblastoma can be treated with noninvasive techniques such as laser therapy, cryotherapy, and brachytherapy. Sometimes these therapies are combined with chemotherapy and/or radiation. If cancer is in only one eye, removal of the eye may be considered. Early diagnosis and treatment are crucial to prevent vision loss and the metastasis of retinoblastoma beyond the eye.

A cancer diagnosis and the prospect of vision impairment in your child, another loved one, or yourself can be scary and overwhelming. It can disrupt your daily routine, your future plans, and your finances. It can test your faith or your sense of security, but knowledge is power. The more information you have from credible sources, the more questions you can ask, and the more decisions you can actively participate in.

You may find that you have strength and wisdom you never knew you had. We encourage you to talk to your care team about all your options, including existing and experimental treatments and clinical trials, as well as mental health resources and support groups.

Conditions to Watch for in a Newborn's Eyes

By Jennifer Leavitt
Jennifer Leavitt, MS, is a health advocate, award-winning writer, and editor who empowers readers with evidence-based information. 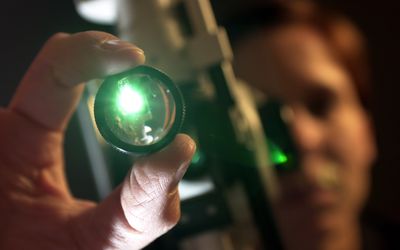 An Overview of Eye Tumors 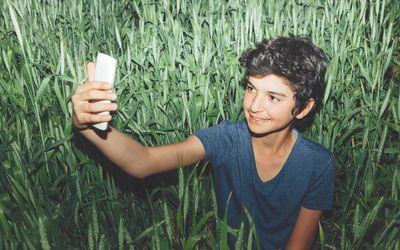 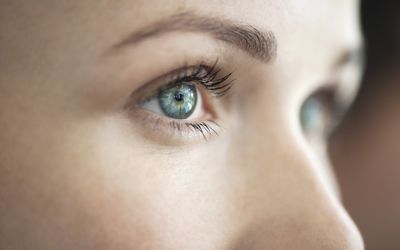 Signs and Symptoms of Eye Cancer

What Is Eye Lymphoma? 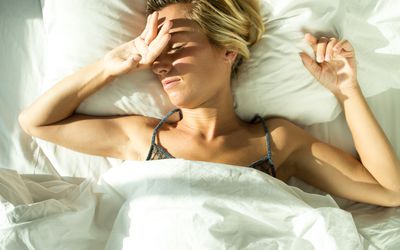 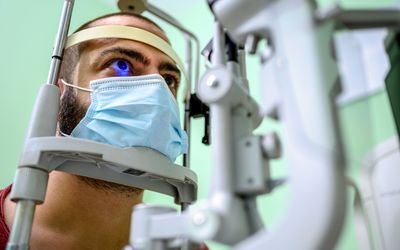 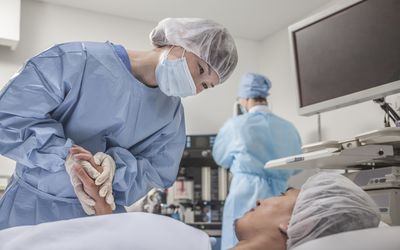 What Is Intra-Arterial Chemotherapy? 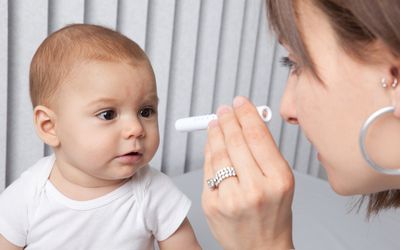 What Is Intravitreal Chemotherapy? 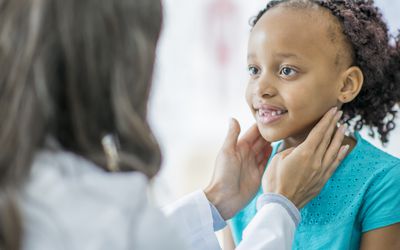 The 8 Most Common Cancers in Children