Seizures are sudden, uncontrollable electrical disturbances in the brain. When pathways of communication between neurons (nerve cells) in the brain are disrupted, the opportunity for seizures arises.

Seizures can cause changes in:

There are different classifications of seizures which vary in severity, symptoms, duration, and place of origin in the brain. A typical seizure will last from 30 seconds to two minutes. A prolonged, uncontrollable seizure may indicate a greater health risk.

From case to case, symptoms of seizures vary. Some symptoms include:

Oftentimes, the cause of seizures are unknown. Seizures may arise during serious health issues, such as strokes or infections like meningoencephalitis. They may also be triggered by alcohol intake, sleep deprivation, flashing lights, moving patterns, stress, hormonal changes associated with menstruation, and dehydration or skipped meals.

Prolonged seizures lasting over five minutes should be potentially considered and treated as status epilepticus, a form of prolonged seizures significantly associated with disease (morbidity) and deaths (mortality).

In contrast, febrile seizures, caused by high fevers in children and infants, can last 10 to 15 minutes and typically do not result in any lasting effect.

Status epilepticus is characterized as a prolonged seizure or series of multiple or continuous seizures without full recovery of consciousness between them. This condition can last over 30 minutes and is considered a medical emergency.

About 200,000 cases of status epilepticus occur annually in the United States. It tends to be most common in older populations. Additionally, one study found that more than 50% of reported incidents occur in patients with undiagnosed epilepsy.

A prolonged episode of status epilepticus can result in a variety of conditions, including:

Identifying and treating a status epilepticus episode immediately is very important, although it may be initially difficult to recognize.

A more serious case of status epilepticus is refractory status epilepticus (RSE). This occurs when the seizures last longer than 60 minutes despite treatment with a standard anticonvulsant. RSE is common among elderly patients and leads to death in approximately 76% of reported cases.

Withdrawal from alcohol or sedating drugs can take a toll on a person’s body and can cause a variety of related health problems. It is common for a person to have withdrawal seizures, also known as “rum fits,” during the abrupt end of alcohol intake after a long period of heavy drinking.

Tonic-clonic seizures are very common during this withdrawal and can be accompanied by:

Seizures during alcohol or drug withdrawal are generally self-limited, although they can be very serious and have been associated with status epilepticus. About one-third of patients experiencing withdrawal seizures may progress to delirium tremens (DT).

Sudden unexpected death in epilepsy (SUDEP) occurs about 1 in every 1,000 people dealing with epilepsy. It is a significant, leading cause of death for people with this condition, and most commonly occurs in people with poorly controlled epilepsy.

SUDEP is diagnosed after a complete autopsy and toxicology report. When the cause of death of a person with epilepsy cannot be identified, it is considered an SUDEP.

Tonic-clonic seizures and nocturnal (nighttime) seizures are clinical risk factors that may be associated with SUDEP.

SUDEP also happens to be common among those with an early age of epilepsy onset, men, and those who have a long duration of epilepsy. Pregnant women with epilepsy are also at risk for SUDEP.

If you or someone you know is dealing with epilepsy, gaining the right education and counseling to avoid seizure-provoking factors, like alcohol or sleep deprivation, is important. It may also be beneficial to begin documenting nocturnal seizures.

The lack of supervision during the night can become a risk and delay potential resuscitation. Discussing with your healthcare provider about how to manage nocturnal seizures and prevent seizure clusters may help lower the risk of SUDEP.

Having uncontrollable seizure may put you at risk for injuries. People with epilepsy, by definition having two or more unprovoked seizures, are at greater risk for a seizure-related injury. They also tend to have higher incidences of accidents outside of a seizure.

Those with seizures that result in an alteration or loss of consciousness, like during atonic seizures or tonic-clonic seizures, are at the highest risk of injury. Notably, most risks are not fatal. The type of injuries associated with seizures depends on the type of seizure and severity.

Fractures are a common injury in people with epilepsy. Fractures can occur due to the inability to activate protective reflexes during seizures, resulting in falls.

The muscle contractions of seizures themselves can also pose a great load on the skeleton. Additionally, some anti-epileptic medications are known to reduce bone mass density.

Incidences of burns are more common among people dealing with epilepsy than the greater population. Most reported burns happen during daily activities like cooking or ironing.

Posterior shoulder dislocations are described as seizure-related injuries but are fairly rare events.

In the case of someone who is experiencing a seizure, ensuring that the person is not lying on their side during the episode may lower the risk of a shoulder dislocation.

After the seizure, the person can be turned to their side to help avoid aspiration.

It is important to recognize that the likelihood of an accident occurring while driving does increase if you are dealing with a seizure disorder. Legislation regarding licensing people dealing with epilepsy varies from state to state and country to country. In the United States, it is required that a person be seizure-free for three to 12 months before being permitted to drive.

Aspiration is defined as the drawing in (or out) of a substance by suction. When food, liquid, or other material enters the lungs or airways by accident, aspiration is occurring.

Aspiration is rare but normal and even happens in healthy individuals during sleep. The body’s reflexes usually keep the substances out.

Activating these reflexes during and after a seizure is difficult. In some cases, aspiration can lead to respiratory disease such as aspiration pneumonia.

During the middle of a seizure, or during the ictal phase, there is a low risk of aspiration. After a seizure is when the risk of oral secretions entering the airways by accident increases.

It is recommended that a person be turned to their side after a seizure in order to avoid aspiration.

Aspiration can eventually lead to aspiration pneumonia, which is characterized by the failure of normal body mechanisms to keep food and liquid out of the lungs, resulting in inflammation, infection, or obstruction of the airway.

In the case that potentially dangerous, persistent seizures arise, emergency evaluation is necessary. Contact your local emergency service via telephone and summon an ambulance.

It is important to ensure that vital functions, especially normal breathing and heart function, are preserved. If someone is experiencing persistent seizures, providing respiratory support and monitoring their airway is most important. After the seizure, you can turn the person to their side to avoid aspiration.

Medical help should be sought during or immediately after a dangerous episode of persistent seizures.

During the seizure, blood sugar levels would have decreased drastically, and temperature, the electrical activity of the heart (ECG), and blood pressure must be monitored in order to minimize the risk of another seizure.

In an emergency, a benzodiazepine medication can be administered rectally for fast-acting effects. Ativan (lorazepam), a common medication for controlling seizures, can also be prescribed as an oral or intravenous form of therapy.

Generally, seizures do not typically pose a great risk to an individual dealing with them. There are several warning signs to indicate when a seizure might be potentially dangerous, resulting in severe health consequences and even death. If you or someone you know might be at risk of status epilepticus, SUDEP, or other injuries associated with seizures, talk to your healthcare provider to learn more about how you can reduce these potential risks. 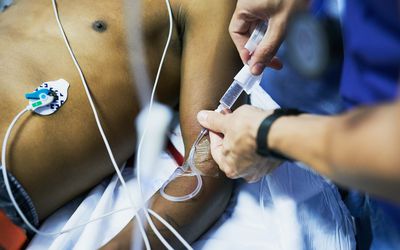 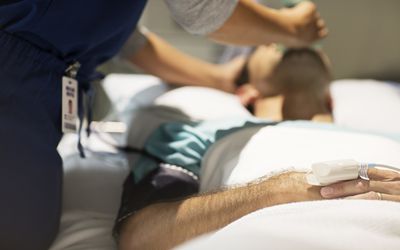 An Overview of Status Epilepticus 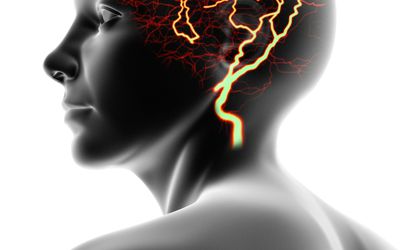 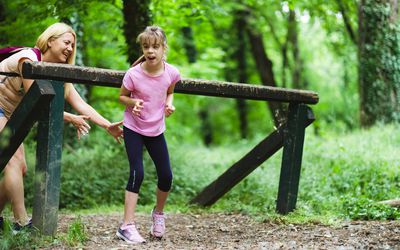