Ashley Hay
Ashley Hay has merged her passion for medical education with her long-time love of reading and creative writing to become a freelance nursing expert and content consultant who covers the healthcare system, cancer, and improving patient care. She has written for FDANews.com, Kareo.com, Oncology Nursing News, and more.
Learn about our editorial process
Medically reviewed
Verywell Health articles are reviewed by board-certified physicians and healthcare professionals. These medical reviewers confirm the content is thorough and accurate, reflecting the latest evidence-based research. Content is reviewed before publication and upon substantial updates. Learn more.
by
Doru Paul, MD

SAVI is often used after a lumpectomy (removing abnormal tissue or cancer from the breast) in those diagnosed with early-stage breast cancer. This type of brachytherapy is different from external beam radiation, which applies radiation from outside the body and can cause damage to underlying tissues of the breast, lung, and ribcage.

SAVI reduces the length of therapy from up to seven weeks for traditional whole-breast irradiation to just one week or less. This short-course approach is known as accelerated partial breast irradiation (ABPI).

In studies, ABPI was shown to improve cosmetic outcomes while remaining an effective treatment method and being generally well-tolerated by patients. People undergoing ABPI typically report fewer side effects than those who receive whole-breast irradiation.

This article will explain when SAVI is used, how it works, and what to expect from the procedure.

The aim of radiation therapy is to prevent breast cancer recurrence by killing off any remaining cancer cells. To conserve the breast and spare surrounding tissues, brachytherapy is increasingly used in stage 0, stage 1, or stage 2 breast cancer when the tumor is less than 3 centimeters (about 1.2 inches) in diameter.

Because the SAVI device volume is customizable, it can be used to treat cavities of varied sizes or irregular shapes after surgery.

The SAVI system consists of a tube-like applicator (called a trocar), an expandable bundle of tiny catheters, and a computerized radiation delivery system. The bundled catheters are positioned around the applicator pole like the ribs of an umbrella.

Once the device is inserted through a small incision in the breast, the pole is partially retracted, causing the catheters to expand into a ball shape. The tiny catheters are soft and flexible, and able to conform to the shape of the surgical cavity, providing a snug fit.

The radiation dose can be individually controlled through each catheter, allowing precise targeting by the oncologist (medical doctor who is a cancer specialist). Once the round of therapy is complete, the internal catheters can be left in place until the next round.

According to a 2016 study in the journal Brachytherapy, SAVI-based APBI achieved a four-year survival rate of between 92% and 98% in the 250 women studied. Of these, only 2.3% experienced a cancer recurrence.

The SAVI device received 510(k) clearance from the Food and Drug Administration (FDA) in 2006. The classification is used for medical devices that are considered safe and "substantially equivalent" to similar devices in current use.

Compared to other methods of radiation therapy, advantages include:

As opposed to interstitial brachytherapy, which involves the insertion of multiple tubes (catheters) in and around a tumor, the SAVI system only requires a single entry point.

SAVI-based APBI, like other forms of brachytherapy, reduces many of the characteristic risks of external beam radiation. These include skin changes (which sometimes are permanent), hardening of breast tissue (called radiation fibrosis), spider veins (telangiectasia), changes in breast shape, localized nerve damage (brachial plexopathy), and damage to underlying bone and lung tissues.

SAVI brachytherapy is a two-part procedure involving the implantation of the SAVI device and the actual radiation therapy delivered. This typically involves a team of providers, including a radiation oncologist (medical doctor who specializes in treating cancer patients with radiation), a dosimetrist (radiation oncology professional who creates a plan to deliver radiation doses), a radiation therapist (medical professional who assists in administering radiation), and a nurse.

The SAVI device can be placed during the lumpectomy or afterward in a separate procedure. The latter can be performed as an in-office procedure or in an outpatient clinic.

Before insertion, the breast is evaluated with an ultrasound to determine the size and shape of the surgical cavity. Four different sizes of the implantable device are available.

If the procedure is done on an outpatient basis, a topical lidocaine anesthetic is used to numb the incision area. A sharp, tube-like trocar is then inserted into the breast under the guidance of an ultrasound (method that uses sound waves to produce images of structures within the body). Next, the SAVI device is fed through the trocar and expanded until it fully conforms to the space.

After the trocar is removed, the incision site is secured with sterile dressing; no sutures (stitches) are needed. Only a small bundle of catheter ends extends outside of the breast.

Once the SAVI device is in place, you will go to your radiation oncologist to start treatment. The radiation is delivered twice daily for about five days in a specialized radiology facility. Some cancers may require only three to four days of treatment; others may need up to seven.

At this stage, the external catheter ends are individually connected to a machine called a high-dose radiation (HDR) afterloader. The device is programmed to feed tiny radioactive pellets, called brachytherapy seeds, into each tube. The appropriate radiation dose, measured in grays per hour (Gy/hr, which measures gamma ray intensity), is determined by the dosimetrist based on the lab findings.

The seeds are left in place for 10 minutes and then removed. Upon the completion of a dose, the seeds are withdrawn and reinserted six hours later, for a total of two treatments per day.

After your final round of radiation is complete, the oncologist will remove the SAVI device. This can be done with or without lidocaine in about two minutes. A Steri-Strip is used to close the incision site. A bandage or dressing is then placed on top and you'll be free to go. One or more follow-up visits will be scheduled to ensure that the incision is properly healed.

Compared to external beam radiation, the side effects of SAVI brachytherapy are far less significant. Fatigue is a common radiation-associated side effect and generally resolves within several days of the completion of therapy.

Other less common side effects include a change in skin color, skin dryness, and a loss of hair under the arm. If the treatment site was near the armpit, there may be swelling in that arm caused by lymphedema (lymph node obstruction).

As with any surgical procedure, there is a risk of infection. To avoid this potential issue, follow your healthcare provider's recommendations and these tips:

In rare instances, the implantation of the SAVI device can cause a seroma, a pocket of fluid beneath the skin that may require drainage as well as a course of oral antibiotics.

Call your healthcare provider immediately if you develop a high fever, a pus-like discharge, and/or persistent or worsening pain, redness, and swelling around the incision site.

As attractive an option as SAVI brachytherapy may be, it is only indicated for the treatment of early-stage breast cancer. The procedure is best suited for women over age 50 whose tumors have well-defined margins. While not entirely contraindicated in younger women, SAVI may not be suitable for those under the age of 40 years old.

Some of the factors that might exclude you as a candidate include:

The presence of a positive lymph node is a contraindication for SAVI brachytherapy.

SAVI brachytherapy is often an effective treatment option for those with early-stage breast cancer. This type of internally delivered radiation typically provides improved treatment outcomes with fewer reported side effects compared to external, whole-breast radiation. Always discuss all available treatment options and potential side effects in-depth with your healthcare provider to determine the best option for your individual situation.

SAVI brachytherapy is available across North America, but not at every cancer center. There may be factors that exclude you from treatment, but local availability shouldn't be one of them. If you live outside of a major urban center and have limited options for radiation therapy, you may want to consider traveling for the five- to seven-day course of SAVI brachytherapy rather than submitting to whole-breast irradiation closer to home.

What Is Mammosite Breast Radiation Therapy?

8 Sources
Verywell Health uses only high-quality sources, including peer-reviewed studies, to support the facts within our articles. Read our editorial process to learn more about how we fact-check and keep our content accurate, reliable, and trustworthy.
Additional Reading
Originally written by
Pam Stephan
Pam Stephan
Pam Stephan is a breast cancer survivor.
Learn about our editorial process
See Our Editorial Process
Meet Our Medical Expert Board
Share Feedback
Was this page helpful?
Thanks for your feedback!
What is your feedback?
Related Articles 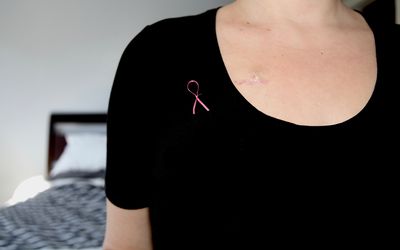 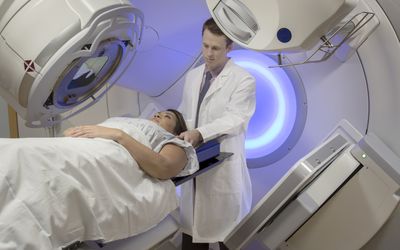 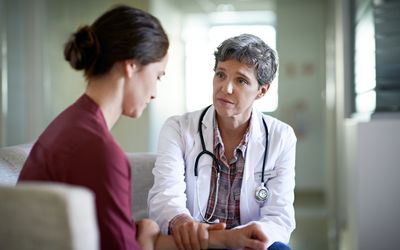 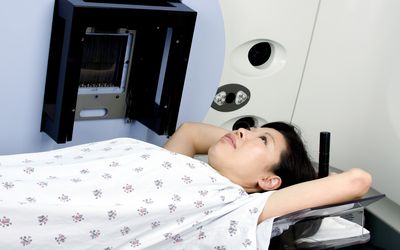 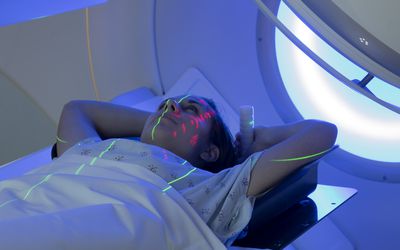 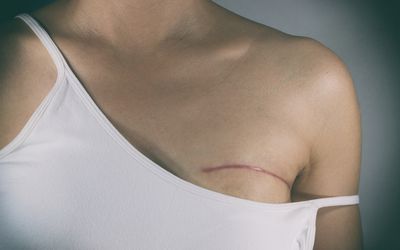