Mary Kugler, RN
Mary Kugler, RN, is a pediatric nurse whose specialty is caring for children with long-term or severe medical problems.
Learn about our editorial process
Medically reviewed by Mohamad Hassan, PT

Schwartz-Jampel syndrome (SJS) is a rare, inherited disorder which causes abnormalities of the skeletal muscles.

Some of the abnormalities caused by the disorder include the following:﻿﻿

SJS is mostly considered an autosomal recessive condition, meaning that an individual needs to inherit two defective genes, one from each parent, in order to develop the syndrome.

There are several subtypes of Schwartz-Jampel syndrome. Type I, considered the classic type, has two subtypes that have been traced to a defective gene on chromosome 1:

Schwartz-Jampel syndrome Type II is apparent immediately at birth. It has somewhat different symptoms than either IA or IB and is not associated with any gene defect on chromosome one.

Therefore, many experts believe that Type II is actually the same disease as Stuve-Wiedermann syndrome—a rare and severe skeletal disorder with a high rate of death in the first few months of life, mostly due to breathing problems.﻿﻿

Thus, Type I will be the focus of this article.

It is important to understand that every SJS case is unique and varies in the range and severity of the associated symptoms, depending on the type of the disorder.

SJS is usually detected during the first few years of life, most often at birth. Parents may notice an infant's stiff muscles during diaper changes, for example. This stiffness plus the facial features common to the syndrome often point to the diagnosis.

Further studies like x-rays, a muscle biopsy, muscle enzyme blood tests, and muscle and nerve conduction tests in the child will be performed to confirm abnormalities consistent with SJS. Genetic testing for the defective gene on chromosome 1 (the HSPG2 gene) can also confirm the diagnosis.﻿﻿

In some rare cases, prenatal (before birth) diagnosis of SJS may be possible through the use of an ultrasound to see if the fetus has characteristics that point to SJS or other developmental abnormalities.﻿﻿

Since SJS is mostly inherited in an autosomal recessive manner, if an individual is born with the syndrome both of his parents are carriers of the defective gene. Each future child that these parents have will have a 1 in 4 chance of being born with the syndrome. Rarely, SJS is believed to be inherited in an autosomal dominant pattern. In these cases, only one defective gene needs to be inherited for the disease to manifest itself.

Overall, SJS is a rare disorder with only 129 recorded cases, according to a report in Advanced Biomedical Research. SJS does not shorten the lifespan, and males and females are affected equally by the disease. SJS type II (referred to as Stuve-Wiedermann syndrome) appears to be most common in individuals of United Arab Emirates descent.

There is no cure for Schwartz-Jampel syndrome, so treatment focuses on reducing symptoms of the disorder. Medications that are useful in other muscle disorders, such as the antiseizure medication Tegretol (carbamazepine) and anti-arrhythmic medication mexiletine may be helpful.﻿﻿

However, the muscle stiffness in Schwartz-Jampel syndrome may worsen slowly over time, so using means other than medication may be preferable. These include muscle massage, warming, stretching, and warming up before exercise.

Surgery to help treat or correct musculoskeletal abnormalities, such as joint contractures, kyphoscoliosis (where the spine curves abnormally) and hip dysplasia may be an option for some SJS patients. For some, surgery combined with physical therapy may help improve the ability to walk and perform other movements independently.

For visual and eye problems, surgery, corrective glasses, contact lenses, Botox (for spasm of the eyelid), or other supportive methods may help improve vision.﻿﻿ 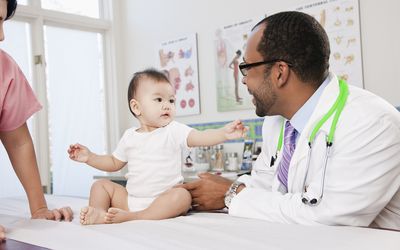