How Seasonal Affective Disorder Is Treated

Seasonal affective disorder (SAD), now formally known as major depressive disorder with seasonal pattern, is a cyclical type of depression that occurs in a regular relationship to the seasons. It can be a disabling mental health condition, but it is also highly treatable.

Light therapy is a unique treatment for seasonal affective disorder that occurs in the fall or winter months, with evidence to support 10,000 lux brightness for 30 minutes daily. Prescription medications and psychotherapy are also common treatments.

Lifestyle changes, such as spending more time outdoors in natural light, and developing a sleep routine, may be recommended.

Due to the seasonal pattern of seasonal affective disorder, it's also important to discuss the timing of treatment and various treatment modalities. Once a person has been diagnosed with SAD, their seasonal pattern will be very predictable, so initiating early treatment could prevent symptoms.

For instance, most people experience seasonal affective disorder symptoms in the fall and winter months. For these people, healthcare providers may recommend starting treatment in early fall and abating treatment in the spring.

It is less common to have seasonal affective disorder symptoms in the spring and summer, and the symptom profile for this type of SAD is slightly different. However, for these people, preventive treatment would begin in the late winter or early spring and abate in the late summer or early fall.

The only medication with a Food and Drug Administration (FDA) indication for the anticipatory treatment of SAD is bupropion XL, although other antidepressants are also commonly used.

Research shows that people who are diagnosed with seasonal affective disorder do not effectively down-regulate serotonin transporter levels in the winter months. SSRIs may help regulate serotonin levels and improve depressive symptoms.

Of the SSRIs prescribed for seasonal affective disorder, there is evidence for the effectiveness of Prozac (fluoxetine). A 2012 double-blind randomized controlled trial found that fluoxetine was equally effective and well-tolerated as light therapy for treating SAD, but significantly more cost-effective in the first year of treatment.

In addition to SSRIs, Wellbutrin XL (buproprion) is a medication approved by the Food and Drug Admintration (FDA) to treat seasonal affective disorder. Bupropion XL is an extended-release norepinephrine-dopamine reuptake inhibitor (NDRI).

Bupropion XL is FDA-approved as an anticipatory treatment for SAD. Placebo-controlled trials found it could prevent recurrence of SAD episodes if treatment began in early fall when participants were not yet symptomatic. However, the treatment effects were relatively small compared to placebo.

Psychotherapy is another effective treatment for seasonal affective disorder. In particular, there is evidence to support cognitive behavioral therapy (CBT) in treating SAD.

Cognitive behavioral therapy is a type of psychotherapy where people are encouraged to identify and challenge negative thought patterns and use this to alter their behaviors. In turn, this improves emotional regulation and leads to healthier coping mechanisms.

A subsequent longitudinal study found that the CBT-SAD group participants had fewer depressive symptoms than the light therapy group two winters after the initial treatment.

CBT-SAD may be a more durable treatment for seasonal affective disorder than light therapy.

Light therapy, which is also called bright light therapy (BLT) or phototherapy, is a common and well-studied treatment approach for seasonal affective disorder. Because lack of natural daylight in the winter months can trigger SAD, light therapy uses artificial light to counteract this.

To practice light therapy, a person typically purchases a light box, which emits a bright light and is often available in multiple brightness settings. There is no universal guidance for a light therapy protocol, but these are common:

Incorporate light therapy into your fall or winter morning routine by placing it at an angle at eye-level as you eat your breakfast, drink your coffee, check your email, or begin your day. Be sure to keep your light box set to 10,000 lux or higher, as lower brightness levels have not proven clinically effective.

The exact mechanisms for light therapy's effectiveness are not completely understood, but it is believed that bright light can help regulate the neurotransmitters and circadian rhythm associated with causing seasonal affective disorder.

The effectiveness of light therapy as a treatment for seasonal affective disorder was first studied in the 1980s, when a preliminary study found that light therapy had an antidepressant effect.

A meta-analysis published in 2020 found that bright light therapy was significantly more effective than sham treatment at reducing depressive symptoms. However, this study still found heterogeneity in the research and a lack of high-quality randomized controlled trials to support light therapy.

Light Therapy vs. Other Treatments

A study that compared light therapy to CBT-SAD found that both treatment methods did not differ in time to total remission. However, light therapy did lead to faster remission of four symptoms: early insomnia, psychic anxiety, hypersomnia, and social withdrawal.

This finding supports the theory that light therapy works through the mechanism of regulating circadian rhythm. A significant benefit of light therapy is that it produces fewer side effects than prescription medication treatment methods.

Because SAD is a chronic condition recurring year-after-year, you may find that light therapy is the most cost-effective long-term treatment option.

There are some additional alternative treatments for seasonal affective disorder, such as dietary supplements, that have less evidence to support them. Talk to your healthcare provider about alternative treatments, and discuss your existing medications and any potential side effects or interactions.

Evidence links vitamin D deficiency with depression. However, there is still limited evidence linking vitamin D supplementation in people with SAD with reduced depressive symptoms. The National Institute of Mental Health (NIMH) notes that many of the existing studies are contradictory.

NIMH further says that some research has found that vitamin D is equally effective as light therapy at treating SAD. However, other randomized controlled trials have found vitamin D has no impact on depression scores.

Ultimately, more research needs to be performed to truly understand the benefits of vitamin D for those with seasonal affective disorder. However, if your blood tests reveal you are deficient in vitamin D, your healthcare provider might still suggest supplementation, so discuss your options with your personal healthcare provider.

Negative ion air treatment has been studied as a potential treatment for seasonal affective disorder and other mood disorders. It involves a device that negatively charges oxygen ions, which are believed to have a chemical reaction once they reach our bloodstream, influencing serotonin.

A 2018 controlled trial examined the impact of negative air ion treatment on SAD symptoms. Compared to a placebo group, both 30-minute and 60-minute daily treatment for 18 days significantly reduced SAD symptoms, and there were no side effects.

However, analysis of the available research has not consistently found benefit for ion therapy for mood disorders.

Your healthcare provider may also recommend some lifestyle adjustments, in addition to your seasonal affective disorder treatments.

Getting outside at least once a day for natural light is a good place to start. Those who live at higher latitudes are at increased risk of developing SAD, so this is particularly important for those populations.

Developing a regular sleep routine may also help you feel better. Try practicing sleep hygiene, including sleeping in a dark environment and not using electronics immediately before bed.

Regular exercise, healthy eating, and talking to a friend or family member you can confide in are all lifestyle changes that will help you cope with seasonal affective disorder.

4 Ways to Beat the Winter Blues

Seasonal affective disorder is much more than the "winter blues." It is a diagnosable mental health condition that can continue throughout a person's life and impact everything from their relationships to their work and more.

Despite the seriousness of this condition, it is also highly treatable. From light therapy to prescription medication to cognitive behavioral therapy, there are many well-studied and accessible treatments for SAD.

Talk to your healthcare provider to discuss the best treatment options for your personal scenario and develop a plan together. You deserve to feel good, no matter the season, and these treatments for SAD may offer you relief. 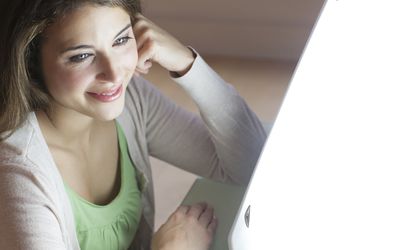 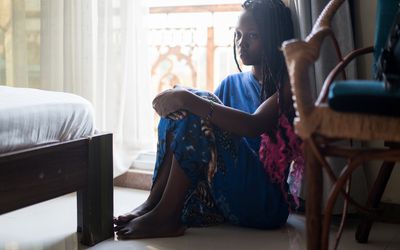 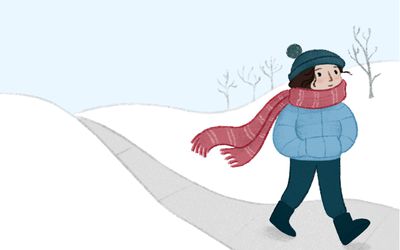 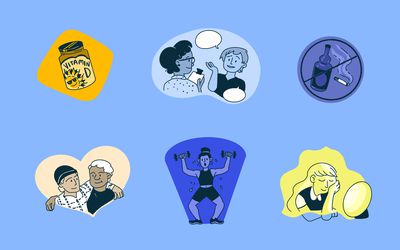 4 Ways to Beat the Winter Blues 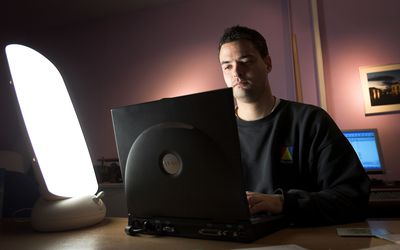 Light Box Use for Phototherapy to Treat Circadian Disorders and SAD 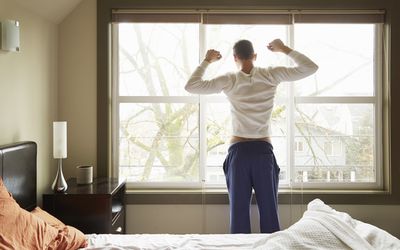 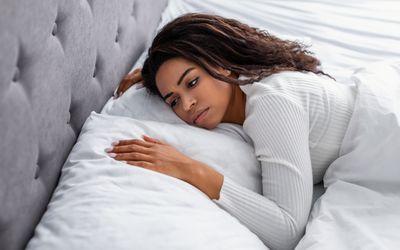 An Overview of the Link Between Mental Health and Sleep Disorders 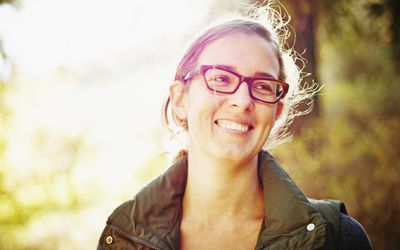