The nutrient is essential for thyroid function

Mary Shomon
Mary Shomon is a writer and hormonal health and thyroid advocate. She is the author of "The Thyroid Diet Revolution."
Learn about our editorial process
Medically reviewed
Verywell Health articles are reviewed by board-certified physicians and healthcare professionals. These medical reviewers confirm the content is thorough and accurate, reflecting the latest evidence-based research. Content is reviewed before publication and upon substantial updates. Learn more.
by
Danielle Weiss, MD

Selenium is a crucial nutrient for everyone's health. It's essential to thyroid hormone metabolism, reproduction, and DNA synthesis, and it protects you from infection and damage resulting from oxidative stress.

Selenium is a mineral that's naturally found in some of the foods we eat. It's also added to foods to fortify them and can be taken as a dietary supplement. Your body doesn't make selenium, so the only way you can get it is through food and/or supplements.

Selenium’s Impact on the Thyroid

In adults, the thyroid is the organ that has the highest concentration of selenium in the body, and this mineral plays a key role in your thyroid gland’s ability to produce thyroid hormone.﻿﻿ Having an optimal amount of selenium in your diet is vital not just for preventing thyroid disease, but for your overall health.

A selenium deficiency is associated with a variety of thyroid issues, including:﻿﻿

A number of research studies have shown key relationships between selenium supplementation and thyroid and immune function. For example:

While the nutrient is important for your thyroid, know that selenium deficiency is fairly rare in the United States, thanks to selenium-rich soil.﻿﻿ Most Americans easily get the required amount of selenium they need on a daily basis.

While the odds of a deficiency are pretty low for most, there are some people for whom the risk is greater. Some of the risk factors for developing a selenium deficiency include:

There are many symptoms that can occur when you aren't getting enough selenium. Some of the most common ones include:

Of course, it's worth noting that some of these overlap with symptoms of thyroid disease.

Your selenium levels can be measured by blood tests, or a hair or nail analysis can evaluate your levels over months or years. According to the National Institutes of Health, a healthy blood level of selenium is 8 micrograms (mcg)/dL or higher.

Though this isn't a routine test if you have thyroid disease (it's usually performed only if a selenium deficiency or toxicity is suspected), you or your healthcare provider may want to check your levels at some point to make sure they're within normal limits.

It's helpful to know what your goal should be, particularly if you have any of the symptoms mentioned above.

There are two forms of selenium: organic (selenomethionine and selenocysteine) and inorganic (selenate and selenite). Both forms are good sources, but research has shown that using the organic form of selenium as a supplement may be more effective because your body absorbs more than 90% of organic selenium but only around 50% of the inorganic form.

Foods that are good sources of selenium include:

Selenium can be found in supplements either alone or in combination formulas in multivitamins. Due to its overall effects in the body, research is being conducted on whether or not selenium supplementation may affect glucose metabolism, as well as help prevent cancer, thyroid disease, heart disease, and the cognitive decline that occurs as we age.

While low levels of selenium are a concern, high levels can result in selenium toxicity over time.﻿﻿ Symptoms include:

In particular, be careful with Brazil nuts; because they contain so much selenium—as much as 90 mcg per nut—you can actually trigger selenium toxicity by eating them too often.

Before you consider adding handfuls of Brazil nuts to your diet or taking selenium supplements, you should have your selenium levels evaluated by your healthcare provider. They can then offer guidance on whether you might benefit from increasing your dietary selenium or adding supplements.

Keep in mind that if you choose to supplement with selenium, you should calculate your dietary intake, and be sure to count any selenium in multivitamins and supplements so that your daily intake doesn't exceed the 400 mcg daily recommended upper intake level. 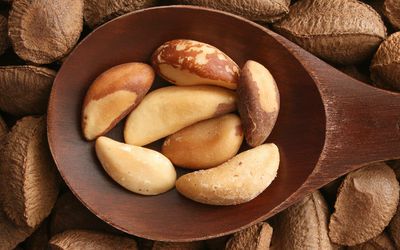 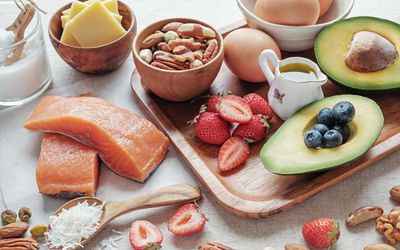 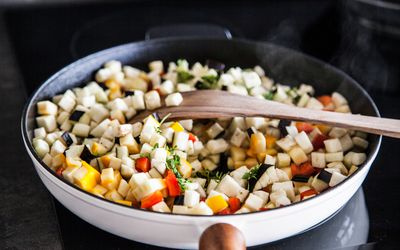 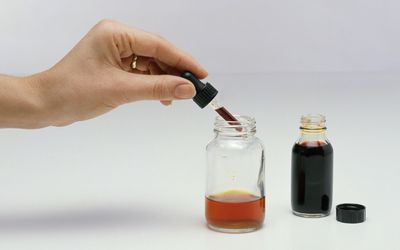 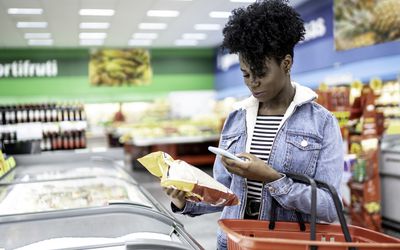 What to Eat When You Have Hyperthyroidism 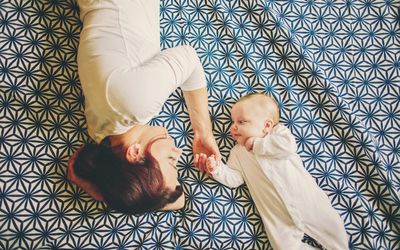