Self-harm is a way of trying to ease emotional pain through intentionally causing physical harm. Self-harming behaviors often include self-injury, like cutting or burning the skin, and intentional self-poisoning, like taking more medications than prescribed.

Many people who deliberately harm themselves do not intend to kill themselves. Self-harm, by definition, means it is nonfatal. However, this type of behavior is highly associated with future suicides and should always be taken seriously, even if it's a recurring incident.

If you or a loved one are struggling with self-harming behaviors or other distressing mental health concerns, contact the Substance Abuse and Mental Health Services Administration (SAMHSA) National Helpline at 800-662-4357 for information on support and treatment facilities in your area.

It might not always be easy to know if someone is harming themselves. Because self-harm is associated with risk-taking behaviors, looking at a person's lifestyle may be an indicator as to whether that person is currently engaging in or at risk for developing self-harming behaviors. Alcohol abuse, for example, is a big risk factor for future self-harm.

Other signs to look for include markings or scars on a person's body and threats of suicide or self-harm. Though unintentional forms of risk-taking—like speeding and unprotected sex—are not considered self-harming behaviors, these are also important to pay attention to, given the association between risks and self-harm.

What if I Think Someone Is Self-Harming?

If you're unsure how to talk to someone whom you suspect may be harming themselves, talk with a mental health professional for the specific signs to watch for and ideas on how to approach the topic. Remember, asking someone if they intend to hurt themselves is different than asking whether they intend to kill themselves, as many people who self-harm do not intend to die by suicide.

Self-harming behaviors are overwhelmingly seen in adolescents. People who self-harm usually are between the ages of 15 and 24, and they tend to be female.

Though self-harm is most common in young people, adults can exhibit these behaviors as well, especially if they have a history of self-harm. Older adults are particularly at risk for self-harm, and those in this age category who self-harm are at higher risk for eventual suicide than other adults.

It's important to pay attention to self-harming behaviors. Even if there have been no suicide attempts in the past, self-harm is strongly linked to suicidal ideations and actions.

Along with mental health disorders, life challenges and developmental stages that bring significant stress can also contribute to self-harming behaviors. Adolescents who are going through puberty (sexual maturity), for example, are much more likely to engage in actions that are self-harming than those in other life stages. This is likely due to the natural increases in risk-taking and the lack of emotional control that coincide with this period in a young person's life.

Keep in mind that people who self-harm may have an undiagnosed mental disorder. Even if there are no known mental health concerns, self-harm can still be a risk, especially in adolescents.

Self-harm should always be taken seriously. People who self-harm are between 50% and 100% more likely to die by suicide within the next year than people who don't self-harm.

There has been relatively little research done on the most effective methods of treatment for those with self-harming behaviors, and there isn't one main recommendation for the best type of intervention. Still, there are some treatment approaches that have been proven to have a positive impact, including:

Cognitive behavioral therapy (CBT) involves identifying negative thoughts and how they are related to behaviors, with the goal of changing thoughts and actions to more positive ones. CBT has been shown to be most effective with specific groups of people who self-harm, including those who have recurring incidents.

Problem-solving therapy (PST) involves helping a person identify and work through a problem in a specific, step-by-step way. For example, one study that looked at using PST to help those who self-harm asked people to complete steps that included problem orientation, problem listing and definition, brainstorming, devising an action plan, and reviewing the plan. This was found to be effective in those who had engaged in repeated self-harm.

Dialectic behavior therapy, or DBT, is a type of cognitive behavioral therapy. It focuses specifically on helping people live in the moment such as through mindfulness, practicing relaxation techniques to tolerate distress, working on relationships, and regulating emotions.

Self-harming behaviors are a way of expressing emotional or psychological distress through deliberately causing physical pain to the body. These types of actions are most common in adolescents, though they can continue into adulthood, and older adults are also at risk for self-harm.

Although they can be recurring, all self-harming incidents should be taken seriously, as self-harm can eventually lead to suicide.

Talking to a mental health professional is the best way to learn specific signs and to determine the right treatment plan.

Dealing with any amount of emotional distress is difficult. It may feel like there is no way to relieve that pain beyond harming yourself. Cutting, taking pills, or harming yourself in some other way will only help you feel better temporarily.

Long-term support can help you work through the underlying thoughts and experiences that bring on such painful feelings. Talk to your doctor or call your insurance company to find a mental health professional who can help.

What Is an Emotional Support Dog?
8 Sources
Verywell Health uses only high-quality sources, including peer-reviewed studies, to support the facts within our articles. Read our editorial process to learn more about how we fact-check and keep our content accurate, reliable, and trustworthy.
See Our Editorial Process
Meet Our Medical Expert Board
Share Feedback
Was this page helpful?
Thanks for your feedback!
What is your feedback?
Related Articles 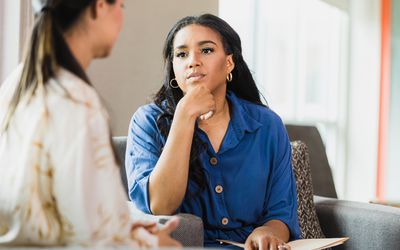 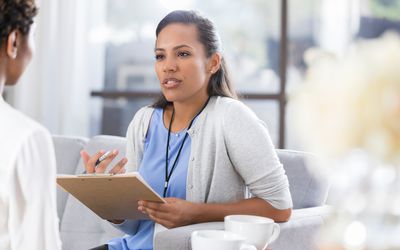 Everything to Know About Living With Borderline Personality Disorder 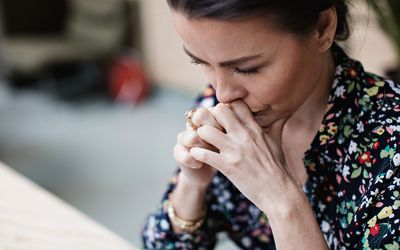 The Four Types of BPD