Sex is about biology, gender is about identity

Sex and gender are related to each other but aren't the same. The difference between them is:

That's a good start toward understanding gender vs. sex, but there's far more to it. The categories "male and female," "masculine and feminine," and "man and woman" do not capture every person.

This article delves into the different aspects of sex and gender, the terminology that's developed to describe it, how gender relates to sexual orientation, the kinds of medical care available to people who fall outside of the gender binary, and how you can be a good ally.

The biology of sex starts with a discussion of chromosomes, hormones, and anatomy.

The Role of Sex Chromosomes

The two types of sex chromosomes are X and Y.

Having two distinct, opposite sexes (male and female) is called binary. Another term for it, which means all of someone's sex characteristics belong to one biological sex, is endosex.

However, researchers have learned that biological sex isn't always that simple. Some people:

Sometimes, these variations lead to a combination of male and female biological traits (for example, ovaries and testicles), which is called being intersex. Other times, though, it results in someone who's endosex.

In addition, some people have:

That can lead to someone being, for example, an XY woman or someone who's non-binary. Some of these combinations cause medical problems which are called differences in or disorders of sexual differentiation.

The Role of Sex Hormones

The next major aspect of biology that determines sex is hormones and hormone receptors.

A fetus develops structures associated with the male sex, such as a penis, when it's exposed to testosterone. This testosterone comes from their own developing testes.

When a fetus isn't exposed to testosterone, it develops structures associated with the female sex, such as a vagina and uterus.

In some cases, a fetus with XY chromosomes is exposed to amounts of testosterone that are too small to cause male structures to develop. That can lead to an intersex baby.

If the pregnant person has high levels of testosterone (due to illness or hormone therapy), it's possible for them to pass some of it along to a fetus. Researchers have yet to fully understand the effects of this.

However, so far, it appears that these elevated testosterone levels can lead to females with:

The Role of Anatomy

Your anatomy is your bodily structure. That includes your genitalia. The sex noted on your birth certificate is a reflection of what genitalia healthcare providers saw when you were born.

In some intersex cases, the assigned sex may be based on a best guess, since forms haven't historically included anything beyond the male-female binary.

While the anatomical appearance of genitalia often reflects the chromosomal and hormonal makeup of the child, it doesn't always.

Gender describes social and cultural attributes associated with masculinity and femininity. It's separate from biological sex.

Your gender identity is your personal understanding of yourself as masculine, feminine, a combination thereof, or something else entirely. Awareness of gender diversity in humans has grown along with the increasing visibility of transgender people.

Some of these terms overlap or may seem redundant. Even if you don't understand the nuances, it's important to use the right terms. So, if someone tells you they're genderfluid, don't call them queergender or nonbinary.

People who fall into any of these categories may choose to use transgender or trans, as well. Not all of them do.

When talking about a trans person's anatomy, it's considered inappropriate to call it their "real" or "original" sex. It's preferable to talk about the sex they were assigned at birth. It's common to see or hear:

Gender Stereotypes and Where They Come From

Once someone has made their gender identity known, you should use their preferred pronouns. A pronoun is a word used in place of a name or names.

Many trans people use the pronouns that go along with their gender identity, not the sex they were assigned at birth (example: a trans woman who's called she or her).

Some choose to use gender-neutral pronouns: they/them/their/theirs. Because these are also used as plural pronouns (denoting more than one person), this can be awkward or confusing. It is considered grammatically correct, though, along with being courteous.

Some people prefer newer pronouns that are considered gender neutral, such as "hir" or "zie" instead of him or her.

Changing the pronouns you use for someone can be hard. However, it's important to try, as it can be psychologically damaging to a trans person to misgender them with pronouns.

It is never appropriate to use "it" for a person, regardless of their gender identity. Mashed-up terms like "he-she" or "shemale" are highly offensive.

When a trans person chooses a new name, their former name is referred to as a deadname. Calling or referring to them by that name is called deadnaming. As with using the wrong pronoun, it can be very damaging to deadname someone.

In addition to gender identity, people also have gender expression. That describes the gendered ways you present yourself to the world.

Your gender expression may or may not reflect your gender identity. For example:

Someone can be trans and still present themselves as the sex they were assigned at birth. Many circumstances may prevent someone from presenting in a way that matches their gender identity. This includes young people whose parents don't allow them to express a certain way.

Regardless of gender presentation and expression, it's appropriate to use the name and pronouns they've requested.

Gender identity is completely separate from sexual orientation. Like cis people, trans people can be:

Some research suggests that the orientation may sometimes shift during transition, such as after beginning hormone therapy. Someone who's assigned female at birth may initially be attracted to men, then develop an attraction to women after going on testosterone.

However, this doesn't happen to everyone and it may not affect ongoing relationships. Most trans people remain just as attracted to their partners after transition.

Some people whose sex and gender don't match choose to seek out gender-affirming medical treatment or surgical procedures.

Gender-affirming care includes a wide variety of interventions that help people align their social, emotional, and/or biological selves with their gender identity. It may include:

Gender confirmation surgery used to be called sex reassignment surgery and, before that, a sex change operation. Those terms have fallen out of use.

Gender confirmation surgery alters someone's appearance and sex characteristics to be more in line with their gender identity. Having breasts added or removed is often referred to as top surgery, whereas a change in genitalia is called bottom surgery.

The goal of gender-affirming care is to relieve gender dysphoria, which is the discomfort caused by a mismatch between someone's body and their identity.

It's considered inappropriate to ask a trans person whether they've had gender confirmation surgery or use hormones.

Not everyone who's trans makes a medical transition. Some of them may be waiting until they're old enough, until they can afford it, or for some other milestone to be reached.

Others may never make medical changes to their bodies. This may be due to financial, social, or familial pressures. Or it may be that they don't feel it's necessary.

Trans people shouldn't be judged for their choices regarding medical transition. No decision invalidates their assertions about their gender identity.

Intersex people make up between 0.02% and 1.7% of the population, depending on the definition that's used. Historically, doctors and parents have opted for early surgeries on intersex infants and young children to make them either male or female.

The goal was to "normalize" the appearance of the child's genitalia. This was often done without the child's input and/or before the child was old enough to be included in the decision.

The child was then generally raised as the gender that aligned with their genitalia. The belief was that having clearly male or female genitalia—and a gender expression that matched the genitalia—would lead to an easier and happier life.

However, that has often not been the case, and some of those children have eventually rejected the gender identity that was given to them.

Some parents and healthcare providers still choose genital surgery, hormones, and attempts to make an intersex child into male or female.

Beliefs are changing, though, and activists are calling for an end to these practices. They want the medical community to stop treating intersex as a medical problem and to allow the child to be part of the decision-making process when they're old enough.

Intersex: How It's Determined, Available Surgeries

Even if you don't understand someone's gender identity, or trans identities in general, you can show them that you respect and support them. Ways to do this include:

Public restrooms pose a real conundrum for trans people. They may risk harassment—and even violence—for using either one.

Sex is biological and based on chromosomes, hormones, and anatomy. Gender is a set of social and cultural norms associated with masculinity and femininity.

Gender identity is your sense of whether you're masculine, feminine, somewhere in between, or something else entirely. Gender expression is how you present yourself to the world.

People whose sex and gender "match" are called cisgender. Those who don't have a match are transgender. Many terms exist that mean different things about the trans identity, including agender, genderfulid, and nonbinary.

Gender-affirming care helps people align their gender identities with their sex. It may include counseling, hormone therapy, or sex reassignment surgery.

Using the preferred name and pronouns for trans people shows that you respect and support them.

If someone in your life is trans, it can be hard to make the changes they ask of you. Your willingness to work on those changes can go a long way toward showing them that you accept who they are and care about their happiness.

Having allies is important for trans people, no matter their age or stage in transition. Being an ally means putting some effort into educating yourself and working to overcome any prejudices you may have. It helps if you educate other people in your life about trans issues, as well. 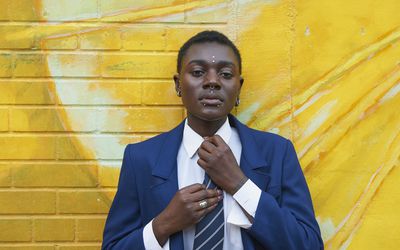