Treatments Can Include Diet, Medications, and Surgery

According to the Crohn’s and Colitis Foundation, between 10,000 and 20,000 people in the United States live with SBS. Treatments for SBS have advanced in recent years, improving the lives of people living with the condition. In some cases, treatment can help increase the function of the bowel again so that it absorbs more nutrients. Nutritional support, medications, surgery, and intestinal transplant are all used to treat people with SBS. People with Crohn’s disease who have had multiple resection surgeries and may be missing close to half or more of their small intestine could develop SBS.

The Importance of the Small Intestine

The small intestine is described as having three main sections to it and different nutrients are taken up in each section. For this reason, it’s important for patients with SBS to know which parts of the small intestine have been removed through surgery or are not working as well as they should be.

Enzymes that help digest food are created in the pancreas and passed into the small intestine. Food is broken down by the enzymes and nutrients are taken up by specialized structures called villi that are located on the inner walls of the small intestine.

The National Institute of Diabetes and Digestive and Kidney Diseases (NIDDK) lists an extensive number of conditions, along with Chron's disease, associated with SBS that include:

When something goes awry, either because not enough of the small intestine is left or because it has stopped functioning properly, food isn’t broken down and used as effectively as it should be, and there can be signs and symptoms of SBS both in the digestive tract and in the rest of the body. Diarrhea is usually one of the most common symptoms and, understandably, it can lead to weight loss and dehydration.

The NIDDK also lists common signs and symptoms of SBS that include:

Malnutrition is a sign of SBS that is going to be a result of not receiving enough nutrients from the digestion of food. Malnutrition can affect the entire body and will not only cause a general feeling of being unwell with symptoms such as fatigue and lethargy but could lead to other concerns such as hair loss and dry skin as well as serious problems such as swelling (edema) and losing muscle mass.

Vitamin deficiencies can occur with SBS depending on which section of the small intestine is affected by this condition. Certain vitamin deficiencies can result in various signs and symptoms. When there is a lack of a certain vitamin because it’s not being absorbed, the healthcare team may treat that deficiency with supplements in order to bring that vitamin level up in the body.

Memorial Sloan Kettering Cancer Center details some of the more common vitamin deficiencies that include:

In some cases, SBS is going to be a risk that’s on the table because of having surgery on the small intestine (such as in people with Crohn’s disease who have several resection surgeries), and therefore diagnosis might not mean undergoing a lot of testing. In other circumstances, it might be necessary for a physician and/or specialists to look at the results of several different tests to determine that SBS is the problem.

Blood tests are often used to both diagnose and monitor SBS. A complete blood cell (CBC) count can show if there is anemia, liver enzymes can show if liver damage might be present, and creatine levels can indicate if there is a problem with kidney function. Blood tests can also be used to find out if there are certain vitamin deficiencies.

Some of the tests that might be used to diagnose SBS include:

Treatments for SBS can include intravenous nutrition, medications, diet changes, vitamin supplements, and surgery. The type of treatment that is used will be individualized because every patient with SBS is going to have different needs as far as therapy is concerned. There may be other factors at work as well in choosing treatments, such as patient preferences, other conditions that the patient might have, and whether the patient is an adult or a child.

For milder cases of SBS, a change in dietand the addition of some vitamin and mineral supplements may help to ensure that more nutrients are being absorbed by the body. Patients are typically advised to eat a wide variety of foods as tolerated, but a diet could be tailored by a dietician to put special focus on the nutrients that are most needed. Eating several smaller meals a day rather than fewer large meals may be easier for a patient with SBS. An oral rehydration solution (ORS) might also be used in order to maintain the right fluid and electrolyte balance in the body.

The small intestine has the ability to adapt over time and may begin to absorb more nutrients from food, making up for the sections that aren’t working well or are missing. Some treatments may help this process along, and while the time needed for intestinal adaptation is still being understood, it could take anywhere from 6 months to 2 to 3 years.

In many cases of SBS, patients are put on a form of TPN, which is nutrition given via an IV. Because this form of nutrition does not go through the small intestine, it allows nutrients such as sugars, proteins, fats, vitamins, and minerals to go directly into the bloodstream and be used by the body. The use of TPN might be temporary or it might be permanent, depending on how the SBS is affecting the body.

In some cases, nutrition is given through a special tube that is inserted into the stomach or the small intestine, which is called an enteral feeding tube. People receiving IV nutrition may or may not also be able to eat food by mouth. TPN might be given to patients when they are hospitalized and it can also be given at home when a patient is stable enough to be discharged.

Several different types of medications are used to treat SBS in order to help the bowel absorb more nutrients, slow down diarrhea, and reduce the production of stomach acid. One type of medication is anti-diarrheals. This type of medication may be used include diphenoxylate/atropine, loperamide, somatostatin, and, rarely, codeine and tincture of opium. It’s thought that too much stomach acid can slow down intestinal adaptation, as well as cause discomfort, and so gastric acid reducers (histamine-2 receptor blockers and proton pump inhibitors) that either reduce or prohibit the production of stomach acid may be used, including famotidine, lansoprazole, and omeprazole.

A human growth hormone, somatropin, when coupled with a diet of complex carbohydrates, can increase nutrient absorption in the small intestine and may be used in patients that are receiving TPN. Bile acid binding resins such as cholestyramine may be used to reduce bile acids, which may in turn help slow down diarrhea. Pancreatic enzymes may also be given to increase the breakdown of fats, proteins, and carbohydrates of food as it moves through the small intestine. A glucagon-like peptide 2, teduglutide, may be given in adults receiving TPN because it has been shown to increase the adaptation of the mucosa in the small intestine, and thereby help more nutrients be absorbed.

Although it may seem counterintuitive, surgery is sometimes used to treat SBS. A few types of surgery may be used to increase the length of the small bowel, which includes the Bianchi procedure and serial transverse enteroplasty (STEP). In both of these surgeries, the result is a longer section of bowel which is also narrower, but food will spend more time going through it, and more nutrients can be absorbed.

Another surgical option which is not common and is usually only for those who have complications from SBS—such as liver failure and infections—is intestinal transplantation. In this procedure, a donor small intestine is transplanted into the patient with SBS. This type of surgery is unfortunately also associated with a host of complications including the potential for rejection. People who receive a small bowel transplant will also need to take immunosuppressant drugs to lessen the effects of rejection.

The small intestine does not contain many bacteria, but some people with SBS may develop an overgrowth of this bacteria, which is called small intestinal bacterial overgrowth. This condition may cause symptoms of bloating, diarrhea, nausea, and vomiting. This condition can complicate SBS and hinder the process of intestinal adaptation. Treatment may include antibiotics to stop the growth of bacteria in the small bowel as well as addressing any other factors that may be contributing to the problem. Probiotics may also be given to encourage the regrowth of helpful bacteria after treatment with antibiotics.

SBS is a condition that affects not only all parts of the body but all the parts of a patient’s life. The treatments available can lessen the effects of SBS on the body and afford a higher quality of life for patients. Even TPN can now be done outside of the hospital, and even while getting out of the house for the day or while traveling.

Even so, this condition comes with significant challenges and putting a comprehensive support team in place is going to be critical to managing it. Not only specialists such as a gastroenterologist, a colorectal surgeon, and a dietician, but also a network of friends, family, other patients, and a mental health professional.

A person with SBS may experience a significant amount of ups and downs with their condition, which is to be expected. Reaching out for help and support and staying in close contact with a support network is going to offer the best chance for effective treatment and living the best life possible with SBS. 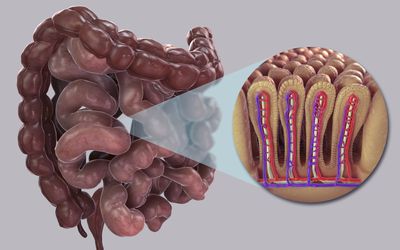 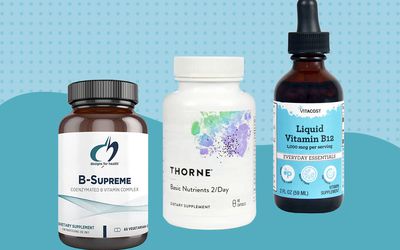