It has long been established that short-term memory holds between five to nine items of information, with the average being seven.

This capacity can be extended by using memory strategies, such as chunking information or attaching meaning to it. You can also hold information indefinitely in your short-term by rehearsing it (repeating it over and over), which may result in it eventually being transferred over to your long-term memory.

Short-term memory is considered the memory of events from approximately a few minutes to a day or two.

Some experts measure short-term memory in hours, days, or weeks. For example, if it’s late afternoon and you can’t recall what you ate for breakfast or you forgot that you went to the doctor four days ago, your physician may call that "short-term memory impairment."

Immediate memory is the ability to remember information immediately after being exposed to it. For example, after hearing a phone number and repeating it a couple of times, you may be able to remember it long enough to dial it accurately. Five minutes later, however, it’s entirely likely you won't be able to recall that phone number.

How Is Short-Term Memory Affected by Alzheimer's Disease?

Short-term memory impairment is one of the earlier symptoms of Alzheimer's disease. It can cause people to forget things like the question they just asked or where they set their glasses down.

Repeating questions is one of the signs of short-term memory impairment in dementia.

It's normal to be concerned if you experience occasional memory lapses, but you can rest reassured that not all short-term memory problems are a sign of Alzheimer's.

Other Causes of Short-Term Memory Impairment

Mood disorders and adjustment issues that can interfere with short term memory:

Medical problems that can interfere with short term memory:

If you notice a persistent problem with your short-term memory or someone else has identified this as a concern, you should seek an evaluation to determine the cause and appropriate treatment. If it's related to a reversible condition, you'll be able to get treatment to improve the symptoms. If it's caused by dementia, like Alzheimer's, early treatment can help you cope with that new diagnosis.

How Does Dementia Affect Long-Term Memory?
9 Sources
Verywell Health uses only high-quality sources, including peer-reviewed studies, to support the facts within our articles. Read our editorial process to learn more about how we fact-check and keep our content accurate, reliable, and trustworthy.
Additional Reading 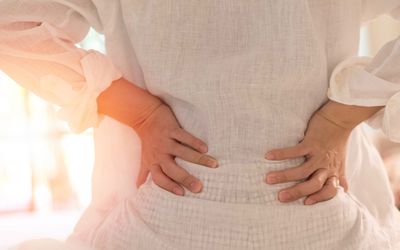