Sexually transmitted diseases (STDs) are diseases that are most often spread through sexual contact. Transmission may include bodily fluids or direct skin-to-skin contact. As well, it is possible for a parent to pass an STD to their child in utero, during childbirth, or while breastfeeding.

STDs will present differently based on the type as well as whether someone has a penis or vagina. This article will discuss STDs in females specifically.

STDs are diseases that are most often transmitted via sexual contact. STD symptoms will present differently based on whether someone has a penis or vagina as well as the diagnosis. That said, there are general signs someone may be infected with an STD that sexually active people should be aware of. This article will cover how STDs impact females including symptoms, treatment, prevention, and more.

STD symptoms in women will depend on the diagnosis. However, there are some general signs that an STD may be present. These include:

Some of the most common STDs that affect women include:

When to Get Tested

It is important to get tested for STDs regularly if you are sexually active. The Centers for Disease Control and Prevention's STD screening recommendations for the STDs that most commonly impact women is as follows:

Most STDs do not resolve on their own and require treatment. The course of treatment will depend on the STD.

Strategies for preventing STDs include:

STDs can complicate a pregnancy and have detrimental effects on both the pregnant person and their developing baby, which is why testing for STDs is so important once someone finds out they are pregnant.This means treatment can be administered if a pregnant person tests positive for an STD.

Not all healthcare providers will test for STDs, so it is imperative to ask for a screening yourself. The CDC recommends the following be tested for during pregnancy:

Sexually transmitted diseases are either viral or bacterial infections that are transmitted through sexual contact. Symptoms will vary based on the specific diagnosis as well as if someone has a penis or vagina. The most common STDs that affect females include HPV, gonorrhea, chlamydia, and genital herpes. Each type of STD has its own set of treatment guidelines.

Sexually transmitted diseases are nothing to be ashamed of. Being open and honest with your healthcare provider and sexual partner(s) is vital preventing the spread of STDs and the health complications that can arise due to infection.

Talk to your healthcare provider about getting tested for STDs or about any concerns you may have. 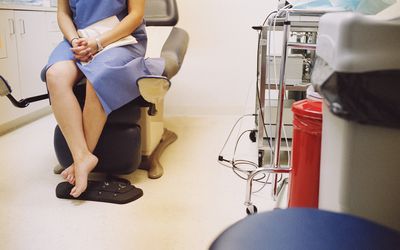