What They Have in Common

The Persian Gulf War began in 1991, but more than 170,000 veterans are still battling Gulf War syndrome. They battled stigma and disbelief for years. Finally, a congressionally mandated panel concluded that Gulf War syndrome (GWS) is in fact a physiological illness and not a psychological condition.

Veterans with GWS are also more prone to fibromyalgia (FMS) and chronic fatigue syndrome (CFS or ME/CFS), as well as a few other conditions.

What Is Gulf War Syndrome?

GWS is a debilitating, multisymptom illness that, according to researchers, was caused by exposure to toxic chemicals. Many of those chemicals were intended to protect military personnel—such as pesticides against sand flies and other pests and a drug to protect them against nerve gas. Very few of those who developed GWS have gotten better.

For years, GWS was generally considered a result of the stress of combat. However, researchers have discovered that the veterans who developed the condition are more likely to have a genetic mutation that made them less able to tolerate certain chemicals and toxins compared with those who did not develop GWS. The same mutation is linked to some neurological diseases such as ALS (amyotrophic lateral sclerosis, or Lou Gehrig's disease). ALS and brain cancer also are more common in people with GWS than in the general population.

The jury is still out on why GWS apparently predisposes people to FMS and ME/CFS. The conditions all have similar symptoms and include neurological involvement.

All three conditions are linked to migraines (as an overlapping condition). FMS, ME/CFS, and migraine are all considered to be central sensitivity syndromes, meaning that they involve hypersensitivity of the central nervous system.

So is GWS a central sensitivity condition? We can't answer that question yet, but evidence suggests that it could be, or that it's somehow related to that class of illnesses.

Although we now know an important cause of GWS, the underlying processes involved still aren't clear. It's likely that we'll have to learn more about all these conditions before we truly understand their relationship to each other.

Diagnosing GWS is similar to diagnosing FMS and ME/CFS: self-reported symptoms and tests to exclude other possible causes of those symptoms.

Symptoms of Gulf War syndrome include:

Of those symptoms, bronchitis, asthma, and pain related to intercourse are the only ones not shared by FMS and ME/CFS.

So far, there's no specific treatment regimen for GWS. Current treatments focus on symptom relief—i.e., drugs for depression and pain—as well as psychological counseling for problems such as depression, anxiety, post-traumatic stress disorder, and alcoholism.

Because treatment for all three of these conditions focuses on symptom relief and the symptoms are all so similar, it's unlikely that treatment for GWS would conflict or interfere with treatment for FMS or ME/CFS.

Veterans with GWS are eligible for benefits from the Department of Veterans Affairs, which can help provide access to proper healthcare and cover the cost.

The fact that GWS is now officially recognized as a physiological illness should help remove the social stigma and end disbelief in the medical community, which can be psychologically damaging.

The congressional panel on GWS recommended $60 million in annual funding for GWS research. If research is funded at that level, it could provide better treatments in the future. Finally, the outlook for veterans with GWS appears to be improving. 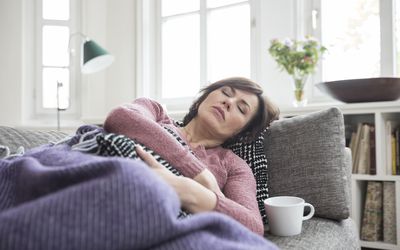 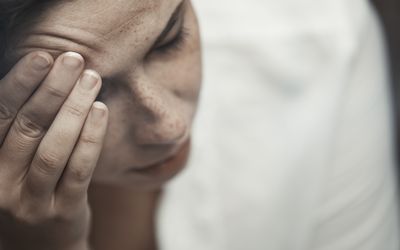