Causes and Risk Factors of Smallpox

Smallpox is caused by the variola virus and is only known to be transmitted between humans. Live virus is kept for research purposes in only two laboratories in the world: the Centers for Disease Control and Prevention (CDC) in the United States and the VECTOR Institute in Russia.

The disease was declared eradicated in 1980 following a worldwide program of vaccination and isolation. The last known naturally occurring cases came from an outbreak in Somalia in 1977. Smallpox remains eradicated to present day.

Since 1980, routine vaccinations against smallpox have ceased worldwide, leaving a significant portion of the population with no immunity to the virus that causes smallpox.

Variola comes from a group of viruses collectively known as orthopoxvirus It also includes mpox (formerly known as monkeypox), cowpox, vaccinia, camelpox, and some derivatives.

While smallpox is thought to be completely eradicated in nature, another orthopoxvirus could potentially lead to an outbreak. Viruses that are hosted in nonhuman species but can infect humans are known as zoonotic. All of the orthopoxviruses are capable of infecting humans but are not as dangerous as smallpox and can't easily be transmitted from human to human.

The biggest concern about the variola virus is the potential for its use as a biological weapon. Even though smallpox has not occurred naturally in decades, healthcare officials must maintain a plan to react in the event that the population is exposed to the virus.

The CDC would consider a single confirmed case of smallpox a medical emergency due to the lack of immunity in the current population.

Millions of doses of smallpox vaccine are stored in the United States in the event of an outbreak.

First responders, military, and healthcare providers would be vaccinated as quickly as possible to act as a barrier to spreading the virus beyond the healthcare setting. The CDC has enough doses of smallpox vaccine to inoculate every person in the United States.

Even though naturally occurring smallpox variola virus does not live in any known animal, just waiting to infect a human, scientists have found very degraded examples of variola in ancient human tissue samples.

One concern is that a less degraded form of the variola virus might exist frozen into the permafrost, which is thawing at higher rates every year.

Patients are infectious as soon as they exhibit signs and symptoms of smallpox and remain infectious until the rash and sores have completely resolved. The pustules will scab over and fall off, leaving a scar. Once they are completely dry, which takes about four weeks, then the patient is no longer considered infectious.

Usually, the patient with the infection and the person receiving the infection lived in the same home. The assumption was that smallpox was usually transmitted via large airborne droplets when the patient coughed or sneezed. However, there have been rare reported cases of casual contact transmission and of transmission seemingly between floors of a hospital, which would suggest smaller airborne particles.

Since natural transmission of smallpox hasn't occurred since 1977, researchers aren't too sure whether the disease is conveyed airborne through large or small droplets. Modern recirculated air systems in hospitals didn't exist when smallpox was being treated in the United States. If the virus is carried via large droplets, the new air systems shouldn't make a difference. On the other hand, if the virus is carried via fine droplets deeper in the respiratory tract, recirculated air systems might create a problem that would have to be overcome.

The variola virus also lives in the fluid that comes from the open sores common in pox diseases. The fluid can contaminate bedding and clothing, making it infectious. Healthcare providers must use precautions when caring for patients with smallpox.

The term "vaccination" was coined because of the smallpox vaccine, which is from the vaccinia virus and is related to the cowpox virus. "Vacca" means cow in Latin.

Variola virus, which causes smallpox, is a stealthy virus that spends its incubation period sneaking around its human host and reproducing without triggering an immune response. By the time the variola virus is developing into smallpox and making its host sick, the virus has spread throughout the body. The immune system hardly has time to react.

Vaccinia, on the other hand, stays local in a human and doesn't replicate as much as variola. It also doesn't cause as much, if any, illness. It does trigger an immune response, which the body can use to fight either virus.

Getting vaccinated within the first three days of a smallpox exposure gives the immune system time to ramp up for the fight with the variola virus.

Even if getting vaccinated after an exposure doesn't stop the patient from getting sick, it can significantly reduce the severity of the smallpox.

Hardly anyone born in the United States after 1971 received the vaccine, which leaves that population susceptible to infection if the variola virus re-emerges.

Population density since smallpox was declared eradicated in 1980 has grown exponentially, which makes it hard to predict how fast the variola virus would spread in modern times. The best data, gathered in the 1960s and 1970s, was based on a population that had largely been immunized as a matter of course and did not have immune suppression conditions like HIV in much of the population.

How Smallpox Is Diagnosed
6 Sources
Verywell Health uses only high-quality sources, including peer-reviewed studies, to support the facts within our articles. Read our editorial process to learn more about how we fact-check and keep our content accurate, reliable, and trustworthy.
Additional Reading 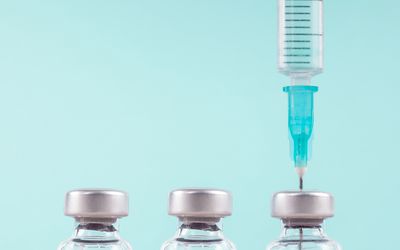 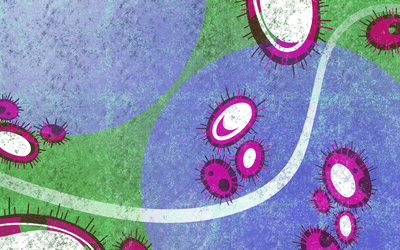 U.S. Reports 2 Mpox Deaths. But the Risk of Fatality Is Still Low.