How Smallpox Is Diagnosed

Diagnosing smallpox is a matter of recognizing the particular type of lesions it brings about and performing a blood test to detect the presence of the variola virus that causes the disease. However, smallpox has not appeared naturally anywhere in the world since 1977. In fact, most healthcare providers practicing today have never seen an actual case of smallpox so if the disease should show up it's unlikely it would be diagnosed correctly at first.

Smallpox, like other poxviruses, has lesions that can cover the entire body. Physicians will not likely begin to diagnose smallpox until the lesions become obvious. At that point, healthcare providers will attempt to gain a history of the illness prior to the appearance of the lesions.

To determine the difference between smallpox and chickenpox, the healthcare provider will be looking at the formation of the lesions as the most important sign.

If you or someone in your family develops lesions that appear to be chickenpox or smallpox, see a healthcare provider.

There is no home treatment for either condition. Smallpox, although extremely unlikely, would be a major medical emergency.

Other poxviruses can mimic the way smallpox looks but are significantly less lethal than smallpox. Some of these are closely related to the variola virus.

There are several zoonotic (infects animals and humans) versions of orthopoxvirus, the family of virus that includes variola, which is the cause of smallpox. These often look like smallpox and can be similar. Some can be serious.

Because smallpox vaccination was stopped in 1980, human populations have lost immunity to not only smallpox but also to many of these zoonotic poxviruses.

Chickenpox is primarily a child illness from the varicella-zoster virus. As mentioned above, chickenpox lesions are less robust than those of smallpox and are very unlikely to appear on the palms or soles of the feet.

Shingles (herpes-zoster) is a secondary infection from the same varicella virus and appears mostly in older adults. Shingles lesions follow major nerve pathways and are nearly always on one side of the body (unilateral).

How Smallpox Is Treated
5 Sources
Verywell Health uses only high-quality sources, including peer-reviewed studies, to support the facts within our articles. Read our editorial process to learn more about how we fact-check and keep our content accurate, reliable, and trustworthy.
Additional Reading 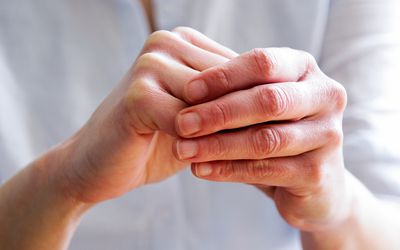 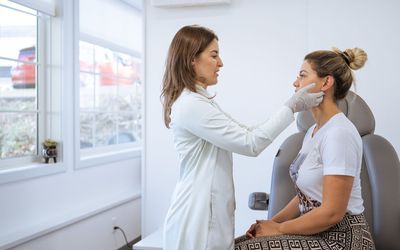 What Is Keratosis Follicularis?