Procedure and Results of Sputum Cytology

Sputum cytology refers to the examination of sputum (mucus) under a microscope to look for abnormal or cancerous cells. Sputum, or phlegm, is the fluid that is secreted by cells in the lower respiratory tract such as the bronchi and the trachea. It differs from saliva, in that it contains cells that line the respiratory passages. If your healthcare provider has recommended a sputum cytology, what this entails and how the sample is taken. When is this test recommended and what are the limitations in using it as a screen for lung cancer?

Purpose of the Test

There are a number of reasons why a healthcare provider might order a sputum cytology test. Some of these include:

Sputum cytology may be done to diagnose a wide array of conditions including:

Sputum cytology, at least at the current time, is not a good test for screening for lung cancer. In one study comparing the effectiveness of sputum cytology with low-dose spiral CT scans for diagnosing lung cancer in asymptomatic people (people who had no symptoms of lung cancer but were at an increased risk for the disease), the test was positive 58% of the time. This meant that sputum cytology alone missed the diagnosis 42% of the time. The test is more accurate in diagnosing squamous cell carcinoma of the lungs than lung adenocarcinoma.﻿﻿

Sputum cytology can also be done to look for the number of eosinophils in a sample of sputum. Eosinophils are a type of white blood cells that are present in increased amounts with allergies. Studies suggest that determining sputum eosinophils is useful when combined with symptoms to tailor the treatment of asthma and reduce the number of asthma exacerbations.﻿﻿

A special type of sputum cytology may be done to diagnose tuberculosis.

In this procedure, a pathologist may see bacteria. Based on the particular shapes of the bacteria (whether they look round or like rods,) and what they look like with different stains, your healthcare provider can choose the best antibiotic for beginning treatment. Pneumonia is often first treated in this way since the exact organisms present may not be determined for another 48 hours or more (when the sputum culture results become available). A sputum cytology can narrow down the choices of a correct antibiotic or combinations of antibiotics considerably.

Like any medical test, there can be risks associated with a sputum cytology exam, but the most important "risk" is that the test will miss what it is looking for. Since the test requires people to "cough up" sputum, it may be uncomfortable and can stimulate coughing "jags" for people with lung disease.

Before you have a sputum cytology test your healthcare provider will explain what the procedure entails and discuss what she expects she may find. She will ask you about your symptoms leading to the test, as well as prior medical conditions and any family history of lung diseases or lung cancer.

The test itself takes only a few minutes, but it's important to allow time to talk to your healthcare provider (if it will be done as part of an appointment) or answer any questions the technician will have if it is done at a lab-only appointment.

A sputum cytology is often done at your clinic but can be done at a hospital lab as well.

Since you will be asked to take some deep breaths and bring up sputum, you should wear comfortable clothing and clothing that can easily be washed if some of the sputum should drip onto your clothing.

Most people are able to complete their sputum cytology test in the exam room where they see their healthcare provider, or in an adjacent lab suite.

Before you have your sputum cytology sample taken, your healthcare provider will give you special instructions to follow. On the day of the procedure, you will want to carefully rinse your mouth and teeth, but it's important to not use toothpaste. You will want to blow your nose prior to the procedure to minimize the amount of upper airway drainage you have.

During your test, you will be asked to forcefully cough into a container. (A sputum cytology may also be done during a bronchoscopy, and will vary somewhat).

When you are doing the procedure, the nurse will help you take deep breaths and expectorate from deep in your chest. It will be important to bring up fluids as if you are coughing rather than spitting. People often have to attempt getting a sample more than once, as it can be difficult obtaining sputum instead of saliva.

Once the sputum sample is obtained, it is looked at under the microscope. Special stains may be done, and other techniques to further define what is being seen. If bacteria are present, the sample will then be placed in a culture and grown (a sputum culture) to determine exactly which bacteria are causing an infection.

While this procedure has not been found to be an effective screening test for lung cancer, when done on someone with symptoms, it can sometimes result in a diagnosis of lung cancer.

Even though it was found that sputum cytology is not adequate as a screening test, studies are ongoing looking to see what possible role it may have in the diagnosis of lung cancer.﻿﻿ In general, tumors within or near the large airways are more likely to shed cancer cells into the airways that would appear in a sputum sample.

The other reason for a decrease in the need for sputum cytology is that we now do have a screening test for lung cancer which is effective, at least in those who meet the criteria for screening. That said, studies are in progress. Sputum cytology designed to look for EGFR or KRAS mutations is being evaluated. In addition, recent investigation into long non-coding RNA in sputum (looking at molecular changes in sputum) suggests that sputum cytology may be resurrected as a more widespread non-invasive tool in the diagnosis of lung cancer in the future.﻿﻿ 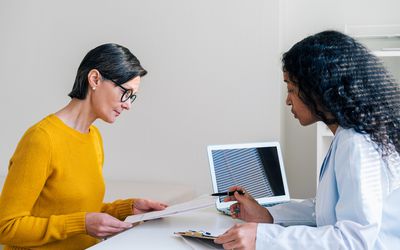 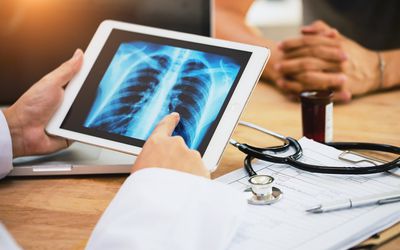 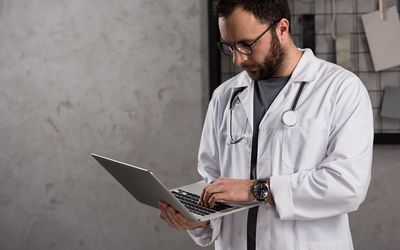 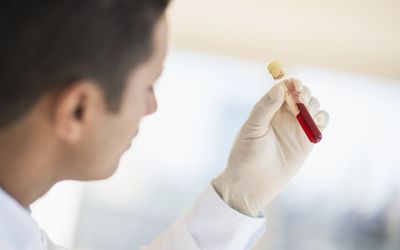 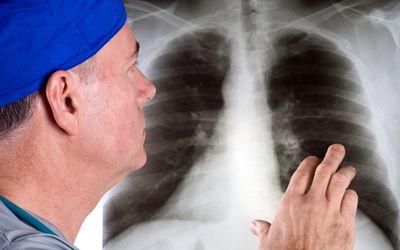