About 1 in every 160 pregnancies results in a stillbirth in the United States. Half of these will take place at 28 weeks of pregnancy or later.

The three types of stillbirth are classified depending on what stage it happens in. These are:

The first sign that something might be wrong is that you stop feeling your baby kick. However, this does not necessarily mean that there will be a stillbirth. Every baby is different, and there is no specific number of movements that is considered normal.

Healthcare providers may instruct you to track fetal kick counts at least once a day later on in your pregnancy. They may also perform fetal monitoring or ultrasounds to check whether your baby is safe, especially if you have already had a stillbirth.

The only way to know for sure whether a stillbirth has happened before birth is to determine if the baby’s heart is beating, which tends to be done with an ultrasound.

Trust your instincts. Call your healthcare provider immediately if you think your baby’s movements have reduced or changed, or if you experience other serious symptoms, such as severe abdominal or back pain and vaginal bleeding.

If a stillbirth happens while the fetus is in the womb, the next step will be to deliver the fetus. If this happens in the second trimester, before the end of week 27 of pregnancy, there is the option called dilation and evacuation, which is a surgical procedure.

This involves healthcare providers first helping to open and dilate the cervix before inserting instruments into the womb to remove the fetus, placenta, and other pregnancy materials. If this is not an option, then healthcare providers will give medicine to start labor.

Some factors are known to cause or contribute to stillbirth, and many stillbirths will have more than one cause. The most likely causes of, or contributors to, stillbirth are:

In some cases, a probable or even possible cause of stillbirth may not be found, even after extensive testing.

According to a study by the  National Institute for Child Health and Human Development, which examined more than 500 stillbirths that occurred in the United States over two and a half years, the causes of stillbirth could not be determined in 1 in 4 cases.

Several types of risk factors for stillbirth may increase its likelihood during pregnancy. For high-income countries, like the United States, these include:

While there are certain risk factors for stillbirth, most cases in the United States are not linked to any known risk factors that the person has at the time they learn they are pregnant.

If you have previously had a stillbirth, the risk of a repeated stillbirth can be lowered through careful monitoring and early delivery. Knowing the cause of the previous stillbirth can also help to reduce this risk.

Work with your healthcare provider to reduce behavioral risk factors that could cause or contribute to another stillbirth, such as obesity or smoking.

A stillbirth case-control study in New Zealand, published in 2017, found that going to sleep on your back increased by nearly four times the overall risk of late stillbirth.

The study found that a public health campaign encouraging women to change their sleeping position and not going to sleep on their back in the third trimester had the potential to reduce late stillbirth by approximately 9%.

Being aware of your baby’s movements so you can contact your healthcare professional if there is any change or reduction in movement is recommended by the American College of Obstetricians and Gynecologists (ACOG). While no specific method is recommended, you might use the Count the Kicks app.

Losing a child through stillbirth can be incredibly difficult and painful. This may be made harder because the cause might not be clear, even after extensive investigation.

Seeking support may help you if you have experienced this loss. You can do this by reaching out to loved ones, seeking treatment with your healthcare provider or a therapist, or finding others who have suffered a similar loss through support groups. 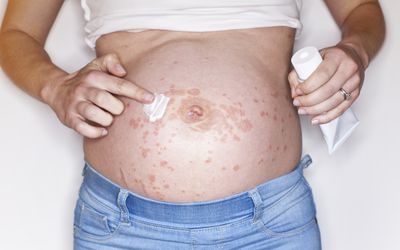