Parkinsonism, a condition that impacts movement, has similar symptoms to Parkinson's disease. A stroke involving the substantia nigra or basal ganglia is called vascular Parkinsonism. Similar to other strokes, the damage is caused primarily by a lack of blood supply to these brain regions.

This article discusses stroke and Parkinsonism, treatment, and more.

Beyond loss of sense of smell and tremor, Parkinson's is associated with several other physical symptoms, including slowness of movement (bradykinesia), rigidity (stiff muscles) and postural instability. These symptoms can make walking or generally moving around extremely difficult and can lead to abnormal body posture. Additionally, people who have Parkinson's disease or Parkinsonism often have very little facial expression, which is typically called a "masked face."

Certain health conditions or sudden damage to the substantia nigra or the basal ganglia are associated with onset of Parkinsonism. These conditions include head trauma, brain tumors, infections in the brain, and stroke. Most of the time, the symptoms of Parkinsonism appear when injury or damage to the brain occurs, rather than in the gradual progression characteristic of Parkinson's disease.

If you have already had recurrent strokes resulting in vascular Parkinsonism, you may be at risk of experiencing more strokes over the coming years if no action is taken to reduce your risk. Therefore, if you have been diagnosed with vascular Parkinsonism, it is particularly important to follow up with your healthcare provider in order to prevent additional strokes. You should expect to have testing for stroke risk factors and medical treatment to reduce your risk of stroke.

There are also a number of lifestyle factors that can help reduce stroke risk, such as getting regular moderate exercise and quitting smoking if you smoke. Eating a healthy diet is also important. 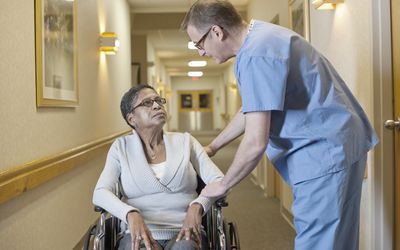