How Healthy Fats Can Nourish an Aging Brain

Of the many illnesses that are related to aging, a worsening memory and eventual dementia are among the most frightening. If there's good news for an aging population, it's the growing evidence that modifiable risk factors—that is, lifestyle habits within our control—play a role in preventing dementia and its most common form, Alzheimer's disease.

A 2015 study published in JAMA Internal Medicine examined the role that nuts and olive oil played when added to plant-based Mediterranean diet, in the development of cognitive decline. While the study was relatively small (447 men and women), it was conducted as a randomized clinical trial. The only difference between subjects is the random assigning of "interventions," whether a drug, environmental exposure, task, or element of diet.

Why Nuts and Olive Oil?

So-called oxidative stress is considered a major factor in the development of dementia. As part of the natural metabolic processes of cells, free radicals are produced and are usually cleaned up nicely by the body's defense system. Overproduction of these unstable molecules can overwhelm our immune systems and harm cells, but antioxidant components in the food we eat are believed to counteract this process.

Enter the antioxidant-rich Mediterranean diet, named after countries along the Mediterranean Sea that generally eat plants, nuts, fish, whole grains, and healthy fats like olive oil, while consuming little red meat. Incidence of heart disease in Mediterranean countries such as Greece, Italy, and France is significantly lower than in North America.

What the Researchers Prescribed

A total of 447 older participants with an average age of just under 67 years were recruited in Barcelona, Spain, as part of a nutrition study of those at high cardiovascular risk. The trial Prevencion con Dieta Mediterranea was conducted between 2003 and 2009. The subjects were divided into three groups for the study and randomly assigned to either a Mediterranean diet supplemented with a large dose of extra virgin olive oil (1 liter/week), a Mediterranean diet supplemented with about 1 oz (30g) of mixed nuts per day, or a low-fat control diet. Participants were tested for cognitive ability through tests for memory, attention, and executive function (higher thought skills) at the beginning of the study, and in followup after an average of 4.1 years.

Among the low-fat diet control group, a significant decrease in all aspects of cognitive function was found. By comparison, subjects in the Mediterranean diet plus nuts group performed better in memory tests, and the Mediterranean diet plus olive oil group showed better performance in the executive function and global cognition tests in follow-up testing.

The study suggests that increasing olive oil and nut consumption along with a plant-based Mediterranean diet may help preserve cognitive function in older adults, a finding which builds on past research into the benefits of healthy fat intake and brain health. While this is a relatively small trial, with a short followup period given the length of time over which cognition can decline, it offers a promising finding given the lack of treatment—or a cure—for dementia and Alzheimer's disease. Without either, lifestyle changes in diet, physical activity, and stress management offer the best ways to save your memory.

Since the Mediterranean diet has been shown to offer protection against heart disease, diabetes, and certain cancers, without negative side effects, there are few reasons not to follow this healthy (and delicious) eating plan. 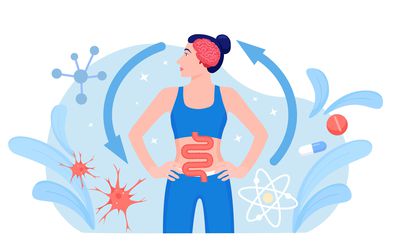 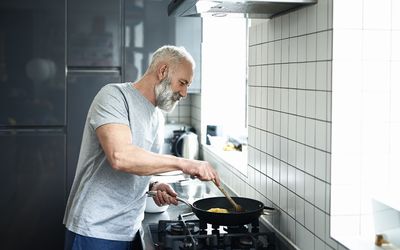