The Anatomy of the Superior Mesenteric Artery

Supplies blood to the organs of the midgut

A major artery of the abdomen, the superior mesenteric artery (SMA) is a primary source of blood from the heart for many organs of the midgut, all of which are associated with the digestive system. Via its branches, it supplies important parts of the small intestine, including the lower portion of the duodenum (the first part of the gastrointestinal tract just past the stomach), the jejunum, and the ileum,while also delivering blood to the ascending colon, transverse colon, and pancreas.

Among the issues that can arise from the superior mesenteric artery are those related to decreased blood supply coming through the vessel. This can happen both suddenly (acute mesenteric ischemia) or progressively over time (chronic mesenteric ischemia). Other times the artery itself can exert mechanical pressure on a portion of the small intestine called the duodenum. This can lead to a range of dangerous symptoms, including sudden weight loss, nausea, abdominal pain, and others. .

A non-paired artery, the SMA arises from the anterior (forward-facing) surface of the abdominal aorta as its second major branch at the level of the lower lumbar vertebrae (L1).﻿﻿ Its course is anteroinferior—meaning it generally moves down and towards the front of the body. This takes it just behind the pylorus of the stomach (the furthest part of the stomach connected to the duodenum), the neck of the pancreas, and splenic vein. This being the case, the SMA runs to the front of the left renal vein (which moves blood from the kidneys back to the heart).

This essential artery has a number of important branches, including:﻿﻿

As with many parts of the circulatory system, a significant amount of people display variations in the anatomy of the SMA. The most common of these are:

As noted, the primary task of the SMA is to supply important parts of the gastrointestinal tract. Specifically, the artery and its branches deliver oxygenated blood to the lower portion of the duodenum, jejenum, ileum, cecum, and ascending colon as well as parts of the transverse colon (the latter two regions making up what’s known as the “splenic flexure”).﻿﻿ As such, it serves an essential role in digestion, ensuring that the small intestines and pancreas are provided with the oxygen they need to serve their purposes.

A number of conditions and diseases can affect the SMA affecting its ability to deliver oxygenated blood, and the resulting complications can be dangerous and even deadly. Notably, this artery can become subject to narrowing, affecting blood flow and leading to a condition called “acute mesenteric ischemia.” This condition can lead to infections and can become deadly without immediate surgical intervention.

Similar is the case of nutcracker syndrome, in which the left renal vein between the aorta and the SMA, leading to increases in pressure in the left kidney. This can then lead to abdominal pain, development of additional veins, and blood in the urine (known as “hematuria”), among other symptoms. Doctors tend to opt initially for more conservative treatment involving monitoring to see if the condition resolves due to the new veins; however, in more extreme cases, surgeries such as nephrectomy, variceal ligations, and others.

Another common problem is superior mesenteric artery syndrome (SMAS), which occurs when the duodenum is compressed by the abdominal aorta and the SMA, leading to blockages there. This obstruction of digestion leads to abdominal pain, a feeling of fullness, nausea, vomiting, as well as excessive weight loss. As with other cases, doctors will first attempt to address underlying causes of SMAS but opt for surgery in more advanced and difficult to treat patients. 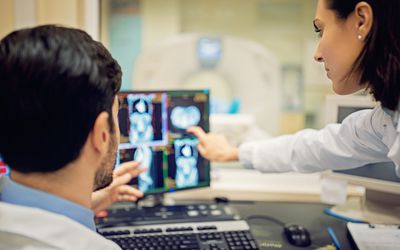 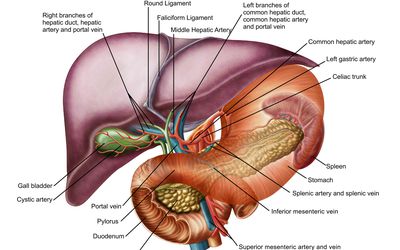 Anatomy of the Common Hepatic Artery 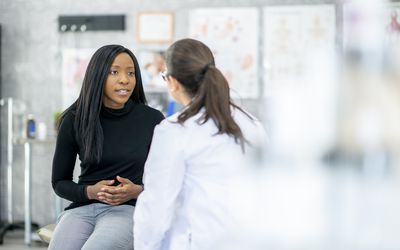 The Anatomy of the Superior Mesenteric Vein 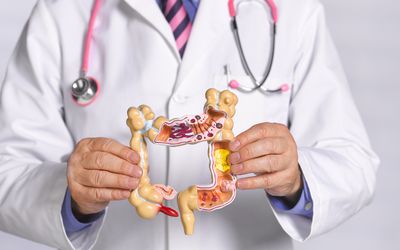 The Anatomy of the Ascending Colon 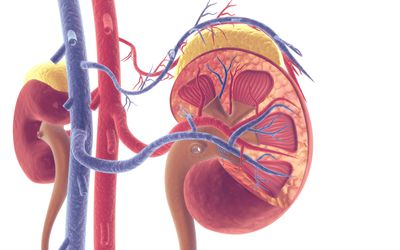 The Anatomy of the Renal Vein 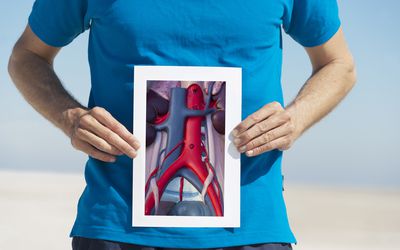 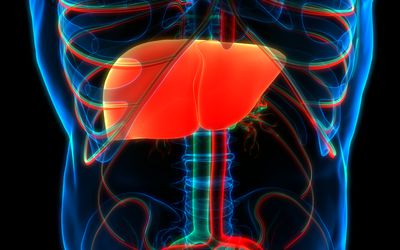 The Anatomy of the Right Hepatic Artery