How Do You Treat Swimmer's Ear?

Managing the Ear Infection in Children

Vincent Iannelli, MD
Vincent Iannelli, MD, is a board-certified pediatrician and fellow of the American Academy of Pediatrics. Dr. Iannelli has cared for children for more than 20 years.
Learn about our editorial process
Medically reviewed by Daniel Combs, MD

Children with swimmer's ear (otitis externa) have inflammation in their external ear canal. It is usually caused by water irritating the skin inside the ear, which then becomes infected with a bacteria, or more rarely, a fungus.﻿﻿

Ear pain is the most common symptom of swimmer's ear.﻿﻿ Unlike the pain of a middle ear infection (otitis media), which might follow a cold, the ear pain from swimmer's ear is made worse by tugging on your child's outer ear (the pinna.) Looking inside your child's ear, your Pediatrician will likely see a red, swollen ear canal, with some discharge. Swimmer's ear differs from some other causes of ear pain in that there is usually not a fever, and the pain can be caused by pulling on the ear (the pinna) or pushing on the area just in front of the ear canal.

The diagnosis of swimmer's ear is usually made when a child has the classic symptom of outer ear pain that is made worse by tugging on the child's ear, and by the appearance of the ear canal when visualized with an otoscope.﻿﻿

Swimmer's ear can be confused with a middle ear infection, especially when your pediatrician is not able to see your child's eardrum.

Swimmer's ear is usually caused by an infection with the Pseudomonas aeruginosa or Staphylococcus aureus bacteria.﻿﻿

Infections most often occur after swimming (the bacteria live in water and soil) in a lake or a pool, and pools that are poorly maintained are more likely to spread swimmer's ear. In addition to swimming, kids can be at risk of getting swimmer's ear if they get water in their ears when bathing or showering.

Once your child has swimmer's ear, it is not the time to use alcohol-based ear drops, which are often used to prevent swimmer's ear. They will likely burn and make your child's ear feel even worse. Instead, swimmer's ear is usually treated with antibiotic ear drops, either with or without added steroids (which some experts think can reduce inflammation and make symptoms go away faster).﻿﻿

Common otic (ear) drops that are used to treat swimmer's ear include:

*Antibiotic ear drops that include a steroid.

Although expensive, Floxin, Ciprodex, and Cipro HC are most commonly prescribed, as they have fewer side effects, can be used just twice a day, and may provide better coverage against the bacteria that cause swimmer's ear. Oral antibiotics are rarely needed to treat uncomplicated cases of swimmer's ear.

For mild cases of swimmer's ear, you might ask your pediatrician if you can first try a solution of half-strength white vinegar ear drops (half water/half white vinegar) twice a day—a common home remedy that some parents try.

Pain relievers, including Tylenol (acetaminophen) or ibuprofen (Motrin or Advil), can also be used to reduce your child's pain until his ear drops start working.

If there is enough swelling, so that ear drops can't get into your child's ear, your pediatrician may place an ear wick inside his ear. In this procedure, your pediatrician places a small strip of sterile gauze-like material into the ear canal which is saturated with an antibiotic solution. This cloth usually falls out on its own when the swelling goes down.

How Long Is It Treated?

There isn't really a magic number of days for which swimmer's ear should be treated, although a week is usually needed to clear the infection. Most pediatricians recommend continuing the drops for at least two to three days after the infection has cleared. Your pediatrician may also recommend that your child stays out of the water during this time.

In general, you can prevent swimmer's ear by keeping water out of your kids' ears. Fortunately, that doesn't mean that your kids can't swim and enjoy the water. Instead, use an over-the-counter ear drying agent that contains isopropyl alcohol (rubbing alcohol), such as Auro-Dri or Swim Ear or one with acetic acid and aluminum acetate (Star-Otic).

If you like, you might also create your own homemade swimmer's ear prevention solution by mixing equal parts of rubbing alcohol and white vinegar, and putting it in your child's ears after he swims.

Although some experts think that earplugs are irritating and can lead to swimmer's ear, you can also keep water out of your kids' ears by using a barrier, like earplugs, including Mack's AquaBlock Earplugs or their Pillow Soft silicone Earplugs. If your kids have a hard time keeping their earplugs in, consider also using the Aqua-Earband or Ear Band-It neoprene swimmer's headband.

If you watch commercials on TV, you're probably thinking that to be a good parent you must remove the ear wax from your children's ears, but this can actually increase the risk of infections in two ways. Ear wax seems to play a protective role against the development of swimmer's ear, so you don't want to aggressively remove wax from your child's ear. Cleaning your child's ears with a cotton-tip applicator may also put them more at risk for swimmer's ear, as small scratches and abrasion of the ear canal increase the risk of the infection. If your child routinely develops a lot of ear wax, have his pediatrician remove this periodically in the office.

Fungal infections and noninfectious disorders, including eczema, psoriasis, seborrheic dermatitis, and allergic contact dermatitis, can also cause otitis externa and should be suspected in chronic cases of swimmer's ear.﻿﻿

Malignant otitis externa is a rare complication of swimmer's ear in which the infection spreads into the skin around the ear as well as into the bones of the skull (temporal osteomyelitis.) This is very uncommon and occurs more often among children with ​immune system disorders. 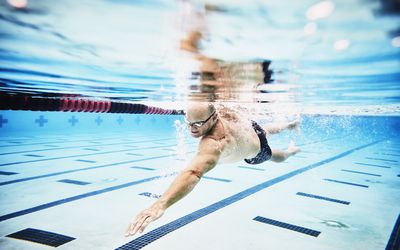 An Overview of Swim-Related Headaches 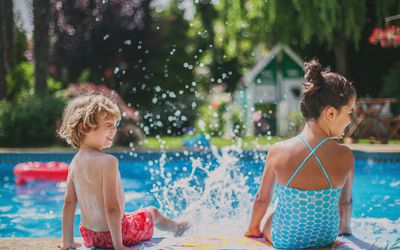 Everything You Need to Know About Swimmer's Ear 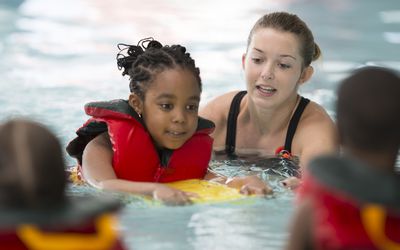 6 Ways to Get Water Out of Your Ears 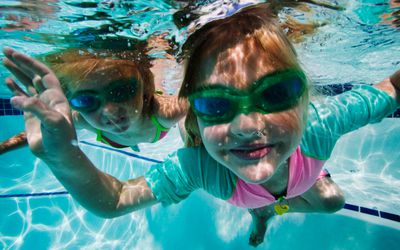 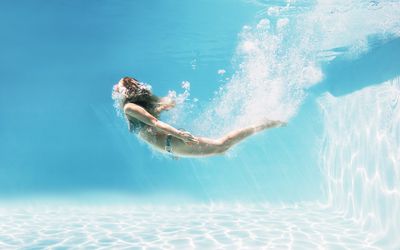 How Swimmer's Ear Is Treated 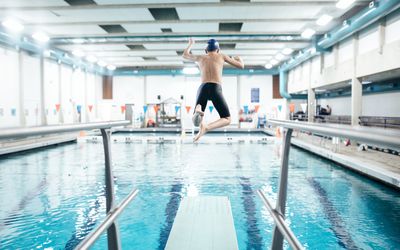 Tips to Prevent Swimmer's Ear and When to Seek Help