Learn about our editorial process
Medically reviewed
Verywell Health articles are reviewed by board-certified physicians and healthcare professionals. These medical reviewers confirm the content is thorough and accurate, reflecting the latest evidence-based research. Content is reviewed before publication and upon substantial updates. Learn more.
by
Ronald Lubelchek, MD

The symptoms of Chagas disease, an infection caused by a protozoan parasite called Trypanosoma cruzi (T. cruzi), resemble those of the flu—at least at first. When the acute phase of the disease resolves, however, the T. cruzi parasite can persist in the body for many years, even in people who appear entirely healthy. Many years later, often after decades, a chronic form of Chagas disease can develop, producing cardiac problems, gastrointestinal problems, or both.

Chagas disease is transmitted to people by the bite of an insect called the triatomine bug. It's most commonly seen in rural areas of Latin America. In that region of the world, complications of Chagas disease are a major cause of cardiac death, as well as disability from both heart and gastrointestinal disease.﻿﻿

After a person has been exposed to T. cruzi, they can become sick anywhere from a week to several months later.

Most people with the acute form of Chagas disease have either no symptoms or relatively mild symptoms. They can develop mild flu-like symptoms including fever and myalgia (muscle pain).

While these symptoms can persist for as long as a few months, most people with acute-phase Chagas disease never seek medical help and never know they have had Chagas.

Some people with acute Chagas disease develop an area of persistent swelling and inflammation at the site of the bite of the triatomine bug, often around the eyes or elsewhere on the face. This is known as a chagoma, and if recognized, is an important clue that Chagas disease may be present.

In a small proportion of individuals—fewer than 1 percent—the acute phase of Chagas disease can develop into a very serious illness. These people may develop myocarditis (inflammation of the heart muscle), pericardial effusion, meningitis, and/or encephalitis. The mortality rate associated with this severe form of acute-phase Chagas disease is quite high.

Once the acute phase of Chagas disease resolves (usually within 12 weeks of the initial infection), people infected with T. cruzi enter the chronic phase of the disease.

Unless a person with acute-phase Chagas disease has received successful treatment with antitrypanosomal drugs, the T. cruzi parasite usually persists in the body for the life of the patient.

This means that people with the indeterminate form of Chagas disease who look and feel entirely healthy can still pass the disease on to others by blood donation or organ donation. Also, pregnant women can pass T. cruzi to their fetus by transplacental transmission.

Up to 70 percent of people infected with T. cruzi will remain in this indeterminate form of Chagas disease for the rest of their lives, without ever developing any more symptoms.﻿﻿

After a decade or more of living with the indeterminate form of Chagas disease, up to 30 percent of people infected with T. cruzi will eventually manifest one of the “determinate forms” of the disease.﻿﻿

Chagas heart disease is a form of dilated cardiomyopathy, in which the heart enlarges to try to compensate for the weakness of the heart muscle. Eventually, the cardiac weakness leads to heart failure.

Consequently, people with Chagas heart disease experience the entire range of symptoms common to those with heart failure.

Gastrointestinal disease caused by chronic T. cruzi infection is less common than cardiac disease and causes death much less frequently. However, the gastrointestinal form of Chagas can produce severe symptoms and can make daily life very difficult. These symptoms often include:

Causes and Risk Factors of Chagas Disease
6 Sources
Verywell Health uses only high-quality sources, including peer-reviewed studies, to support the facts within our articles. Read our editorial process to learn more about how we fact-check and keep our content accurate, reliable, and trustworthy.
Additional Reading 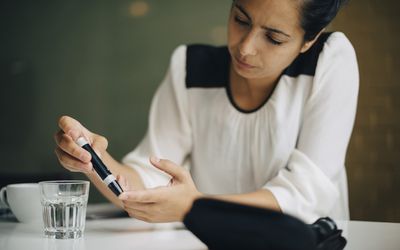 The Difference Between Chronic and Acute Conditions 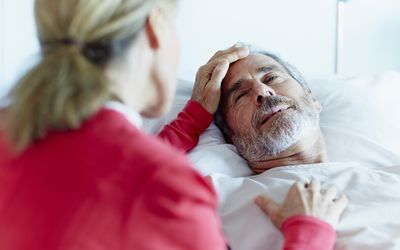 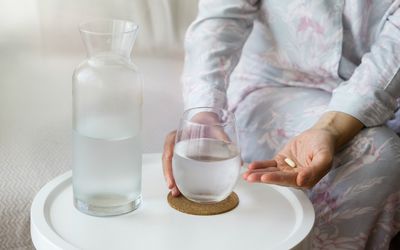 What Is Eosinophilia-Myalgia Syndrome?