This article is part of Uterine Fibroids and Black Women, a destination in our Health Divide series.

Tanika Gray Valbrun is the founder of The White Dress Project and a senior content producer at CNN.

I've heard tales of women with light periods—you know, the ones where you can play tennis or have brunch, like in a tampon commercial. But since I was 14, my menstrual cycles have been something to survive, not celebrate. And it was years until I found out the reason why: Just like my mother, I have uterine fibroids.

Symptoms, But No Answers

I have always had fairly heavy periods. My mother had uterine fibroids and had lost two sets of twins because of them. I was born in between those pregnancy losses, her miracle child, the only one that survived before she had to have a hysterectomy to eliminate the heavy bleeding and pain that came every month. But despite her experience, when my symptoms grew worse, we both ignored fibroids as a potential cause.

Before I went to college, I decided to get checked out by my doctor and described my symptoms. In addition to gushing periods, there were heavy clots. I felt weak fairly regularly due to extreme blood loss. Even my mom, who had normalized heavy periods to some extent, was worried.

My doctor ordered a D and C (dilation and curettage) procedure, normally used to remove fetal matter from the womb, without so much as an ultrasound. I hesitated—I wasn't having sex and didn't know why this would be necessary. Still, despite my misgivings about this procedure, I went along with it. It did nothing. You can't just scrape out fibroids.

Surgeries on the Path to Parenthood

I was finally diagnosed with fibroids in 2007, five years before I got married. My husband and I were excited to start trying for a baby, so I went to get checked out again. This time, they delivered devastating news: 27 uterine fibroids severely compromised my uterus. They advised me to look for a surrogate.

There was something so damning about that statement. Within six months of my marriage, my dreams of being a mother were being ripped away from me by a diagnosis that had already stolen my quality of life. I cried for days. Then I decided to get a second opinion.

The next doctor informed me that although my uterus was compromised, there was still a chance. In 2013, I had my first myomectomy to remove those 27 fibroids. It was performed via C-section, with the same recovery time. In 2018, I had to have another surgery, this one laparoscopic, to remove new fibroids.

Most recently, I had less invasive surgery to shave down a fibroid that had developed. I'm still on my path to motherhood, and have experienced two failed embryo transfers. Now, with my uterus as clean as possible, we will try again.

[My mother] taught me how to manage as she had. For her, it was part of a woman's plight, not something to investigate further.

Speaking Up to Find Solutions

It's funny; I've thought a lot about what my mother taught me in my journey to motherhood. Although she struggled with diagnosed fibroids herself, she never suggested that I might be struggling with the same thing.

Instead, she taught me how to protect myself from the embarrassment of the symptoms: how to line my underwear, how to pack an extra set of clothing, how to lay down on the bed so that the flow was less intense. She taught me how to manage as she had. For her, it was part of a woman's plight, not something to investigate further.

This normalization of pain and suffering as part of the feminine experience led me to create the White Dress Project, a non-profit organization that empowers women to advocate for their best health choices and no longer suffer in silence with uterine fibroids. Over the years, I had to have seven blood transfusions to combat blood loss. Obviously, I didn't wear a lot of white clothing.

After my first surgery, I started thinking about all the accommodations that I subconsciously made to deal with my condition. Avoiding white clothing was just one of them. I couldn't have a car that had cloth seats. I couldn't leave the house without a change of clothes. I had to stand at meetings because if I sat down, I might bleed through. And through all of that, nobody in my life talked about uterine fibroids, even though 80% of Black women will experience them before the age of 50.

For me, the White Dress Project isn't about changing the conversation about uterine fibroids. It's about having it in the first place. Without frank discussions of a widespread diagnosis, it's impossible to move forward and find a cure or better treatment.

The White Dress Project began in 2014, after my first surgery. One of the first things I did was write legislation declaring July as Uterine Fibroid Awareness Month. Getting people talking is key. And now, finding funding for further research is the next step. We've found an ally in Representative Yvette Clarke, who is sponsoring the Stephanie Tubbs Jones Uterine Fibroid Research and Education Act of 2021. We're looking for additional sponsors now to get this bill passed.

Perhaps my journey will save another woman from lying weakly on her bed, wondering why the bleeding is so bad. Once we start sharing, there's power in our collective voice.

Looking back, it's hard not to wonder—was there something that I could have done differently? Could I have had surgery earlier? Could I have changed my diet to try and slow the fibroids' growth? I believe that everything happens for a reason, though. Perhaps my journey will save another woman from lying weakly on her bed, wondering why the bleeding is so bad. Once we start sharing, there's power in our collective voice. 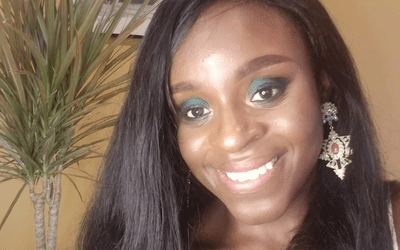 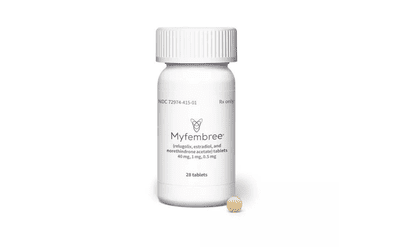