Ideas for Using Thomas the Tank Engine as a Teaching Tool

Lisa Jo Rudy, MDiv, is a writer, advocate, author, and consultant specializing in the field of autism.

Thomas the Tank Engine started out as a set of short children's stories written in the 1920s by a rather hidebound English curate. Once a simple book of moral stories (based on what would now be considered rather sexist, classist ideas), Thomas has now become an entire world of books, toys, songs, movies, and TV episodes.

For reasons that are somewhat unclear, Thomas and Friends has become a favorite among children (and some adults) with autism. There are theories about its popularity. Some believe that it's all about the fact that trains line up on a track (and most people with autism enjoy lining objects up). Others think it's all about the simplicity and repetitive nature of the stories. Whatever the reasons, however, it's hard to have a child with autism and avoid knowing a great deal about the various types of engines once used to move people and freight around the United Kingdom.

Luckily, the folks at Brio (the company that makes Thomas-related products) have created an impressive line of safe, well-constructed, versatile items that can help your child learn skills, build knowledge, and develop social communication. Even better, Thomas the Tank Engine has become wildly popular among all kinds of people, including train enthusiasts, which means that you can use a child's interest in Thomas to get involved with a much wider world.

Thomas the Tank Engine and his friends run the gamut of emotions, from happy and sad to embarrassed, anxious, scared and more. Thomas videos and books include the whole range of expressions. Try imitating them together, naming them, or searching for the "scared" face among all the photos.

There's a pecking order among Thomas and his friends. Express passenger engines are king, while freight cars are the bottom of the barrel. How do the freight cars feel? What do they do? How do the big engines react? By playing out these scenarios, children with autism can role-play empathy, anger, frustration, and triumph.

They cost an awful lot, but you can get Thomas tracks second hand at yard sales and through eBay. If you do start a collection, you'll find they're well worth the trouble. They're rock solid, easy to work with, and a terrifically motivating way to work on fine motor skills. For a real motor challenge, let your child pilot a very long train up and over a bridge and around a curve.

Building a Thomas track can be a long, involved process—and a rich opportunity for building many types of skills. To improve word, number and shape recognition, ask for "one curved track," "two straight tracks," and so forth. Take turns adding pieces to the track. Use found objects to enhance the layout—for example, adding a cow to the track (as in one of the stories).

What color is Percy? Can you find a blue freight car? Here's a green engine! Sort by colors, find one of each color, create an all-blue train, and much more.

Thomas engines have numbers on them, but they're not very meaningful. To make them more meaningful, try adding brightly colored numbers to each engine or freight car (use masking tape so you don't mar the engines permanently). Then work with your child to line them up in numerical order. If that's too easy, do it backward, by twos, and so on.

You can work on abstract thinking skills in several different ways. Books are great for "what's going to happen next?" conversations. Thomas is about to plunge into the ditch on page three. What's likely to happen on page four? As your child gains skills, he may be able to infer what a character might be thinking, planning, or feeling.

Many kids on the spectrum really enjoy hands-on science, and Thomas offers opportunities to learn. Here are just a few "try its": place an engine on top of a bridge and ask your child to predict what will happen when you give it a little push. Then experiment to find out! Use the magnets at each end of the engines to explore attraction and repulsion—or see how many paper clips Thomas can hold.

The truth is, moving a magnetic train around a wooden track can be very frustrating. Many kids enjoy making long trains, and they fall apart easily. What happens next? Try writing and sharing social stories about what to do when the train falls apart, and then practicing anger management when the real thing occurs. 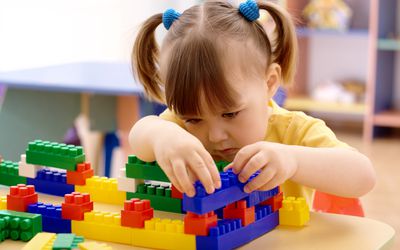 LEGO Therapy for Children With Autism 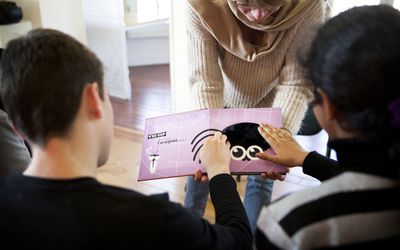 Age-Inappropriate Interests and Behaviors in Autism 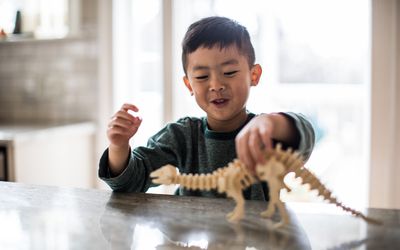 10 Kinds of Gifts Autistic Kids (and Their Parents) Will Hate 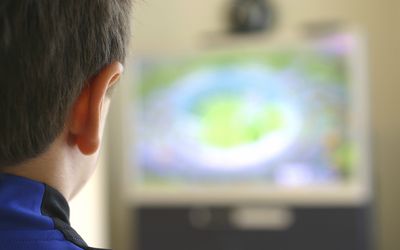 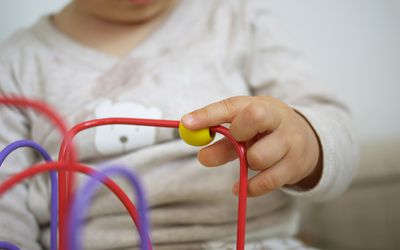 Fine-Motor Skills: Everything You Need to Know

Benefits of Play Therapy and Autism