Cancer may have been "discovered" and written about thousands of years ago. However, the disease itself has actually existed since before the evolution of humans.

It was first documented in Egypt more than 3,500 years ago. Since that time, people from cultures all over the world have written about the disease and its potential treatments.

This article will look at what we know about the history of cancer. It will also talk about how our understanding of what causes cancer and how it can be treated has changed over time.

How Cancer Was Named

Although most people cite Hippocrates as the first person to use the word cancer, he didn't actually use those words. Instead, Hippocrates used the Greek words carcinos and carcinoma when he wrote about tumors. These words were related to the Greek word for "crab" because Hippocrates thought the insides of the tumors looked like crabs (crayfish). He started using the word karkinos to talk about cancer.

The Roman physician Celsus was the first to translate the word into "cancer."

The 20th century was an exciting time in cancer research. Carcinogens, chemotherapy, radiation therapy, and better ways to diagnose cancer were all discovered in these years. Some of the most important discoveries of the 20th century include:

Today, we are still learning more about cancer. We have found ways to prevent and treat some forms of cancer and even cure others. Clinical trials have allowed scientists to test new ways to find and treat cancer. Some of this century's notable discoveries so far include:

Cancer as a disease has been around for millennia, although cancer as we know it and the field of oncology are more recent, like several hundred years. New advancements are being made all the time, and huge leaps have been made in the last few decades alone. This bodes well for the future of cancer treatments and therapies.

How we look at cancer and its treatments has signifigantly changed in the last few centuries. Even decades ago, we had limited treatment options and less research. Learning about cancer and treatment history can be interesting when seeing how far we've come in such a short time. With new research and discoveries occurring all the time, the future of cancer research is an exciting topic.

21 Sources
Verywell Health uses only high-quality sources, including peer-reviewed studies, to support the facts within our articles. Read our editorial process to learn more about how we fact-check and keep our content accurate, reliable, and trustworthy.
Originally written by Lisa Fayed
See Our Editorial Process
Meet Our Medical Expert Board
Share Feedback
Was this page helpful?
Thanks for your feedback!
What is your feedback?
Related Articles
The Anatomy of the Central Nervous System 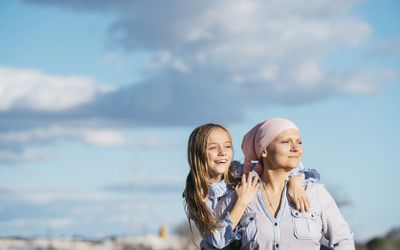 What Is the History of Breast Cancer?