The History of Fibromyalgia

Adrienne Dellwo
Adrienne Dellwo is an experienced journalist who was diagnosed with fibromyalgia and has written extensively on the topic.
Learn about our editorial process
Medically reviewed by Huma Sheikh, MD

You sometimes hear fibromyalgia referred to as a "fad diagnosis" or "new disease," but the truth is that fibromyalgia is far from new. It has centuries of history, with multiple name changes and discarded theories along the way.

While it hasn't always been accepted by the medical community, and its acceptance still isn't universal, fibromyalgia has come a long way and current research continues to offer proof that it's a very real physiological illness.

The most-often cited historical account of fibromyalgia comes from a 2004 paper by researchers Fatma Inanici and Muhammad B. Yunus. This history was compiled from their work as well as new information from the past decade.

Early on, doctors didn't have separate definitions for all the pain conditions we recognize today. Descriptions and terminology started out broad and gradually were narrowed down.

In 1592, French physician Guillaume de Baillou introduced the term "rheumatism " to describe musculoskeletal pain that didn't originate from injury. This was a broad term that would have included fibromyalgia as well as arthritis and many other illnesses. Eventually, doctors began to use "muscular rheumatism" for painful conditions that, like fibromyalgia, didn't cause deformity.

Two-hundred years later, definitions still were rather vague. However, in 1815, Scottish surgeon William Balfour noted nodules on connective tissues and theorized that inflammation could be behind both the nodules and pain. He was also the first to describe tender points (which would later be used to diagnose fibromyalgia).

A few decades later, French doctor, Francios Valleix, used the term "neuralgia" to describe what he believed was referred pain from tender points traveling along the nerves. Other theories of the day included hyperactive nerve endings or problems with the muscles themselves.

In 1880, American neurologist George William Beard coined the terms neurasthenia and myelasthenia to describe widespread pain along with fatigue and psychological disturbance. He believed the condition was caused by stress.

Fibrositis, coined in 1904 by British neurologist Sir William Gowers, is the one that stuck. The symptoms Gowers mentioned will look familiar to those with fibromyalgia:

As a treatment, he suggested cocaine injections, as cocaine was then used medicinally as a topical anesthetic.

Medically, "fibro" means connective tissue and "itis" means inflammation. Soon after Gowers put forth the name, another researcher published a study seeming to confirm many of Gowers' theories about the mechanisms of inflammation in the condition. This helped cement the term fibrositis in the vernacular. Ironically, this other research was later found to be faulty.

In the 1930s, interest heightened in muscle pain referred from tender/trigger points and charts of these patterns began to appear. Local injections of anesthetic continued to be a suggested treatment.

Fibrositis wasn't a rare diagnosis back then. A 1936 paper stated the fibrositis was the most common form of severe chronic rheumatism. It also said that, in Britain, it accounted for 60 percent of insurance cases for rheumatic disease.

Also in that era, the concept of referred muscle pain was proven via research. A study on pain pathways mentioned deep pain and hyperalgesia (a heightened pain response) and may have been the first to suggest that the central nervous system was involved in the condition.

World War II brought a renewed focus when doctors realized that soldiers were especially likely to have fibrositis. Because they didn't show signs of inflammation or physical degeneration, and symptoms appeared linked to stress and depression, researchers labeled it "psychogenic rheumatism." A 1937 study suggested that fibrositis was a "chronic psychoneurotic state." Thus, the on-going debate between physical and psychological was born.

Fibrositis continued to gain acceptance, even though doctors couldn't agree on exactly what it was. In 1949, a chapter on the condition appeared in a well-regarded rheumatology textbook called Arthritis and Allied Conditions. It read, "[T]here can no longer be any doubt concerning the existence of such a condition." It mentioned several possible causes, including:

The first description of fibrositis that truly resembles what we recognize today as fibromyalgia came in 1968. Researcher Eugene F. Traut's paper mentioned:

Along with generalized pain, he recognized certain regional ones that appeared to be common, including what we now know as carpal tunnel syndrome. He mentioned "various levels of the spinal axis," which you may recognize from modern diagnostic criteria: pain in the axial skeleton (bones of the head, throat, chest, and spine) and in all four quadrants of the body.

Four years later, though, researcher Hugh A. Smythe penned a textbook chapter on fibrositis that had a far-reaching influence on future studies and led to his being called the "grandfather of modern fibromyalgia." He's believed to be the first to describe it exclusively as a widespread condition, thus distinguishing it from myfascial pain syndrome.

Smythe not only included poor sleep in the description but described what sleep was like for patients and also provided unpublished electroencephalogram (sleep study) findings that showed dysfunction in stage-3 and stage-4 sleep. Further, he stated that non-restorative sleep, trauma, and emotional distress all could lead to heightened symptoms.

Subsequent research confirmed sleep abnormalities as well as showing that sleep deprivation can lead to fibromyalgia-like symptoms in healthy people.

Smythe then was involved in a study that better defined tender points and suggested their use in diagnosis. It also listed chronic pain, disturbed sleep, morning stiffness, and fatigue as symptoms that could help diagnose the condition.

While researchers had made some good progress, they still hadn't uncovered evidence of inflammation, the "itis" in fibrositis. The name was then changed to fibromyalgia: "fibro" meaning connective tissues, "my" meaning muscle, and "algia" meaning pain.

Still, a lot of questions remained. The primary symptoms were vague and common in the population. Doctors still didn't have a handle on what fibromyalgia was.

This paper established enough of a consistent symptom cluster to officially denote fibromyalgia a syndrome as well as the first criteria proven to differentiate those with fibromyalgia from others.

A wealth of research has since confirmed that these symptoms and overlapping conditions are in fact associated with fibromyalgia.

Yunus then led research cementing the idea of several overlapping conditions, including primary dysmenorrhea (painful period) along with IBS, tension headache, and migraine. He then believed the unifying feature was muscle spasms, but that suggestion would later give way to the theory of central sensitization.

Since this point, we've had a tremendous amount of research published and progress made. We still don't have all the answers, but we've gained a much better understanding of what may be going on in our bodies.

Research has continued to shore up these findings as well as suggest new possible causal factors and mechanisms. Some ongoing lines of inquiry include:

Several researchers also are working to establish subgroups of fibromyalgia, believing that it's the key to nailing down the underlying mechanisms and best treatments. More treatments are always under investigation, and a major goal has long been identifying and establishing objective diagnostic tools such as a blood test or scan.

While fibromyalgia still has not found universal acceptance in the medical community, it's closer than ever. As research continues to demonstrate that it's both real and physiological, this condition gains credibility. That helps those of us with it gain understanding, respect, and, most importantly, better treatment options so that we can reclaim our futures. 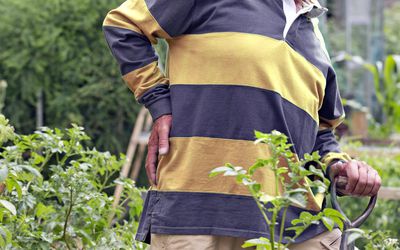 Common Causes of Back Pain 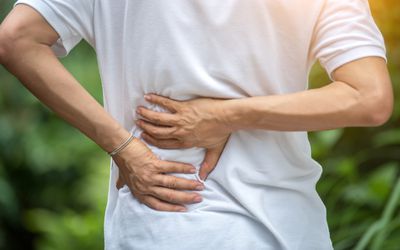 A Comparison of Fibromyalgia and Myofascial Pain Syndrome