10/21/2019 UPDATE: Recent illnesses have been associated with the use of e-cigarettes (vaping). Since the specific causes of these lung injury cases are not yet known, the Centers for Disease Control and Prevention (CDC) recommends refraining from all vaping products.

If you have a respiratory condition such as chronic obstructive pulmonary disease (COPD), it is important that you consider all the facts before using electronic cigarettes—popularly known as e-cigarettes.

First introduced into the market in 2003, the devices were promoted as a way to cut back on cigarettes. When you have pulmonary disease, smoking cessation is undoubtedly the most important aspect of taking care of your health. However, evidence supporting the use of e-cigarettes as an effective strategy for smoking cessation is lacking.﻿﻿

As e-cigarette use has increased, it has become clear that the devices pose serious health risks of their own. Amid increasing reports of deaths and serious illnesses, in 2019 the U.S. Food and Drug Administration (FDA) formally announced a plan to restrict flavored e-cigarette products and to increase the regulation of all electronic nicotine delivery systems.﻿﻿ These include the components of e-cigarettes as well as e-liquids, cartridges, flavorings, and atomizers. By the end of January 2020, e-cigarette companies were required to cease manufacturing and selling flavored vaping products (excluding menthol and tobacco).

As of Dec. 20, 2019, the new legal age limit is 21 years old for purchasing cigarettes, cigars, or any other tobacco products in the U.S.

E-cigarettes are battery-powered devices filled with a solution of liquid nicotine, water, and propylene glycol.﻿﻿ They are cylindrical in shape and may resemble a cigarette, flash drive, or mobile phone.

When you take a puff on an e-cigarette, a battery heats up the solution to create a vapor (steam) that you can inhale. The action of inhaling the vapor (which is similar to the sensation of smoking) is described as "vaping.”

Get the Facts About e-Cigarettes

The Contents of E-Cigarettes

Cigarettes have been around for many years, and their risks are well understood. Heart disease, lung disease, and an increase in cancer risk are all among the established effects of cigarette smoke and secondhand smoke exposure.

E-cigarettes contain a variety of chemicals, including propylene glycol, glycerin, diacetyl, and benzaldehyde. Each flavor may also contain additional chemical additives. The long term effects of inhaling the vaporized form of these products are not yet known, and they may be associated with effects such as cancer.

Effects of E-Cigarettes on COPD

Researchers have suggested that e-cigarettes may help smokers reduce their use of traditional cigarettes. In the short term, it is not uncommon to experience a sore throat, coughing, eye irritation, and dry mouth shortly after vaping.

Additionally, the impact of substituting traditional cigarettes with e-cigarettes is unclear. The use of these devices has been shown to cause inflammation, especially in the lungs.

It turns out that e-cigarettes may affect those with COPD differently than people who do not have COPD.

We do know that recurrent and chronic inflammation in the lungs leads to pulmonary disease. Inflammation narrows the bronchi (airways) and can interfere with oxygen and carbon dioxide transfer in the alveoli (air sacs).

Repeated episodes of inflammation ultimately lead to thickening and scarring in the lungs. This produces symptoms such as shortness of breath, wheezing, exercise intolerance, and fatigue. If you already have COPD, further inflammation will worsen your disease and may cause heart disease or other types of pulmonary disease to develop.

If you have another lung disease besides COPD—such as asthma or allergies—keep in mind that e-cigarettes may make your symptoms act up.

Keep in mind that as regulation tightens, illegally obtained pods and new formulations can lead to the availability and use of new and different chemicals with e-cigarettes. The health outcomes of "underground" products and products that comply with tightened regulations are yet to be seen. 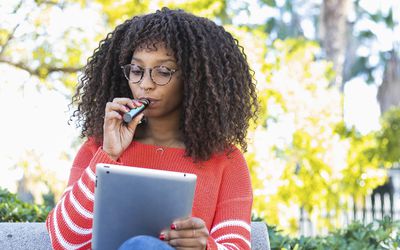 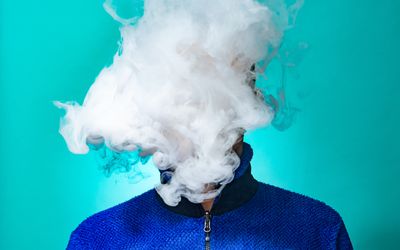 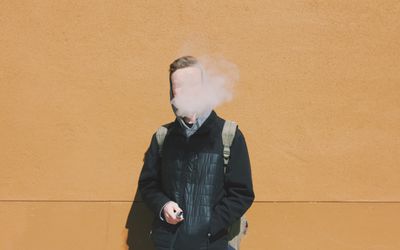 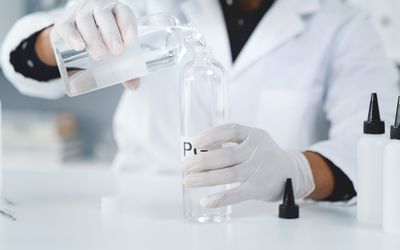 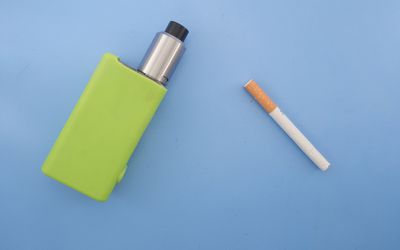 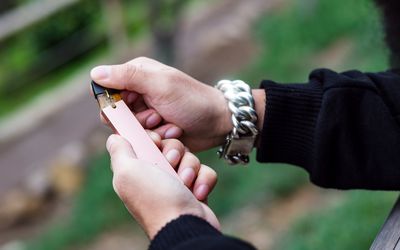 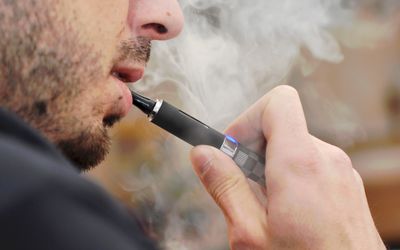 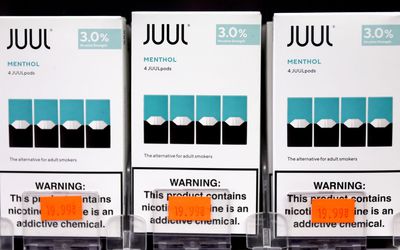 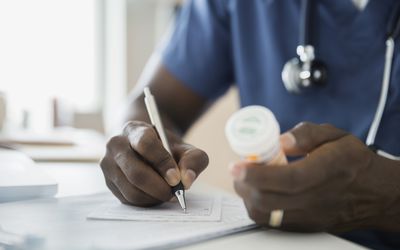 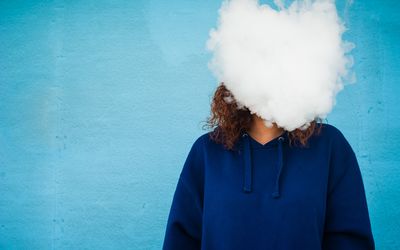