If people with dementia shared their thoughts and feelings with us, these 10 things might be some of the many things they'd point out.

People with Alzheimer’s or another dementia aren’t children. They’re adults who had jobs, families, and responsibilities. They may have been very accomplished in their field. They are mothers and fathers, sisters and brothers.

Yes, you may need to slow down the amount of information you provide at once or use a few other strategies to effectively communicate. But you don’t need to speak very loudly if they don’t have a hearing impairment, and speaking too slowly doesn’t help either. Get more tips for talking to someone with dementia.

3. They’re Not Wrong About Everything

We’ve seen it many times: the person with dementia is almost completely ignored when they say something, whether it’s about their level of pain or what happened yesterday when their grandson came to visit. You can’t always believe everything that you hear from someone with dementia, but give them the courtesy of allowing for the possibility that they might be correct periodically.

Is your friend with dementia staring zoning out and staring off into space? Sure, it might be because their ability to process information is decreased. However, it might also be that they need something other than Bingo to fill their time. Make sure they have something to do besides sit there.

5. A Poor Memory Can Be Scary

Not being able to remember something can be very anxiety-provoking and frightening. This can be true whether the person is in the early stages of dementia and very aware of their problems, as well as in the middle stages where life can just feel constantly uncomfortable because nothing is familiar.

6. Just Because They Can't Remember Your Name Doesn't Mean You Aren't Important to Them

Don’t take it personally. In the early stages, it might be your name that they can’t recall. In the middle stages, it may be entire events that are gone and even if you retell the story, it might not come back to them. This is not because they don’t care, it wasn’t meaningful to them, or they’re somehow choosing to forget it. It’s the disease.

7. They Are Not to Blame for Their Disease

It’s not their fault. Yes, there are some things that research says may reduce the chances of developing Alzheimer’s, but there are many people who have developed the disease despite practicing those healthy habits. We still aren’t sure exactly what triggers Alzheimer’s to develop, so let go of the thought that they should’ve done this or that to avoid the disease. It's of no help to either one of you.

8. How You Say Something Can Be More Important Than What You Say

Your tone and non-verbal body language are very important. Be genuine and aware of what your non-verbal gestures, sighs, rolling of the eyes, or loud voice is communicating.

9. Behaviors: They're Not Choosing Them but They Do Have Meaning

Don’t just write off a challenging behavior as if they were choosing to be difficult that day. Most often, there’s a reason that they are acting the way they are. This can include becoming resistive because they’re in pain, being combative with care because they’re feeling anxious or paranoid, or wandering away because they’re restless and need some exercise. Take the time to work on figuring out why the behavior is there and how you can help the person, instead of first suggesting a psychoactive medication.

And, you need them. Don’t let dementia rob you both of more than their memory. Continue to spend time with them and nurture the relationship. Although Alzheimer’s changes things, we don’t have to let it have the power to divide loved ones. You both will benefit from the time you enjoy together. 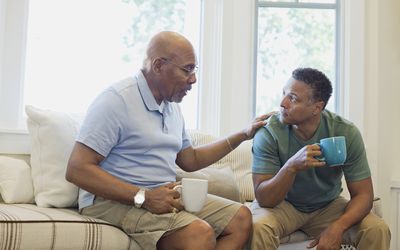 What to Say When Someone Is Diagnosed With Cancer 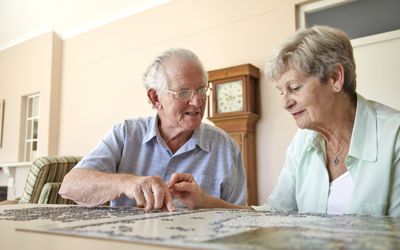 Tips for Visiting a Person With Late-Stage Alzheimer's 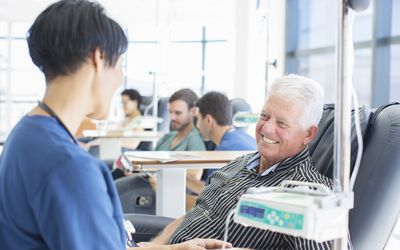 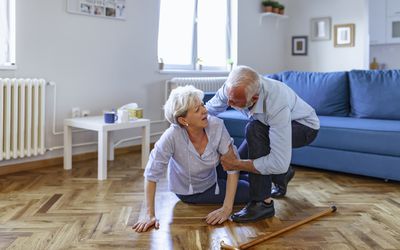