How TikTok Can Create Community for Eating Disorder Recovery

Social media hasn’t always had a good reputation when it comes to promoting healthy perceptions of body image. At its worst, it can even give a platform to harmful, pro-eating disorder language.﻿﻿ But many in recovery are also turning to social apps like TikTok to find community.

Drew G., an Ohio-based college student, tells Verywell TikTok has been a supportive and inspirational space for their anorexia nervosa recovery. On their account, Drew often dispels eating disorder misconceptions and shares their experience in recovery.

Although society has focused on the dangers of social media, Chelsea M. Kronengold, communications manager at the National Eating Disorders Association (NEDA) says that social media has the potential to be used for good.

“This year, TikTok is one of the social media companies partnering with the NEDA to raise awareness about eating disorders, provide life-saving resources (the NEDA Helpline), and cultivate community during NEDA week,” Kronengold shares. With the support of social media partners, organizations like NEDA can amplify pro-recovery accounts and resources available on social platforms like TikTok.

For Drew, TikTok has become a space to create pro-recovery content and raise eating disorder awareness.

In addition to being used as a tool for raising awareness, social media can help facilitate a comfortable and confiding space online by connecting those who are struggling with eating disorders.

“Eating disorders are illnesses of disconnection and thrive in isolation," Kronengold says. “Many people struggling with eating disorders don’t feel comfortable or safe confiding in their real-life communities.” This is where social communities can step in and serve as spaces where people can seek out support.

According to Maris Degener, lead peer mentor, and marketing strategist at Equip, a health tech company virtually delivering evidence-based eating disorder treatment, TikTok can also provide a recovery-centered and empowering space. “We can be connected to people who have lived experience and are able to talk in a really empowering way,” Degener tells Verywell.

Drew says that people can support and engage with TikTok pro-recovery content by liking videos, commenting, and following one another. People can also engage by using the following hashtags: #EDawareness and #NEDAwareness. “Online communities can also help connect people to virtual or in-person resources,” Kronengold says.

In addition to engaging with TikTok content, Degener says another way people can show support on social media apps is via validation. “So it can just be as simple as leaving a comment that says, ‘You know, I see how hard you’re trying or how much effort you’re putting into your recovery or how challenging this can be for you. And I acknowledge that',” she says.

Degener explains that there are also some don'ts when it comes to supporting others online. “I think a lot of times there can be a temptation to make other comments, like commenting on how someone looks or their weight changes," she says. "And those aren’t really what’s needed to be supportive." Instead, Degener recommends holding space for people with eating disorders and not offering unsolicited advice.

If you or your loved one is struggling with an eating disorder, you can seek help and support from the National Eating Disorders Association (NEDA) helpline—call or text (800) 931-2237. There are also additional resources on the NEDA website including free and low-cost support.

The Downfalls of TikTok

Despite the empowering spaces that exist in support of eating disorder recovery on TikTok, the app isn't perfect. While TikTok has its fair share of pro-recovery videos, pro-eating disorder content also runs rampant on the app.

In December 2020, TikTok launched an investigation after the Guardian found that harmful pro-anorexia content was still easily accessed on the apps despite the company's efforts to prohibit the advertising of weight-loss products.

“Before and after pictures are blatantly really triggering," Drew says. "If you feel the need to post pictures of yourself from when you’re at a really low weight, I think that is in itself, an eating disorder behavior." Drew also points out the harmful impact of consuming before and after pictures. They say it can cause competitiveness with a person’s own eating disorder.

For people navigating the app, Degener says to watch out for videos that do not support healing such as videos about food that people used to eat when they were sick and videos of overexercising. These videos can be triggering and hamper the recovery process.

TikTok’s limitations ultimately also lie in its algorithm. Drew says that when people post videos, anyone can use eating disorder-related hashtags—meaning that even pro-eating disorder videos can have the same hashtags as pro-recovery videos. “It can be difficult for TikTok’s algorithm to discern what you actually want to watch," Drew says. "And so it mixes up hashtags and throws you pro-eating disorder content."

If you find a triggering video or content, Drew recommends taking extra precautions to make sure that you feel safe in your online space. “Don’t be afraid to block people and don’t follow people that you feel like you need to compare yourself to," they say.

But overall, if sharing in online communities isn't for you, that's OK too. Degener shares that people shouldn't feel pressured to share their eating disorder stories online. “I don’t think eating disorders should be a secret that we can’t talk about,” Degener says. “But if it doesn’t feel empowering for you to publish your recovery story online, that doesn’t make your experience any less valid.” 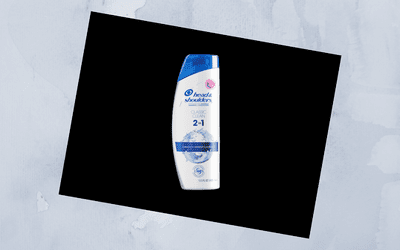 TikTok Says Dandruff Shampoo Can Help Get Rid of Acne. It's Not Totally Wrong 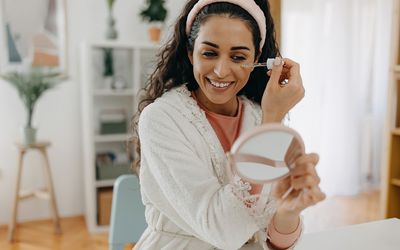 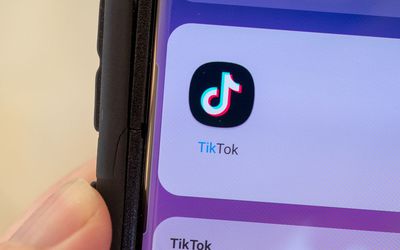 TikTok Has a Lot of Misleading Nutrition Tips, Study Finds 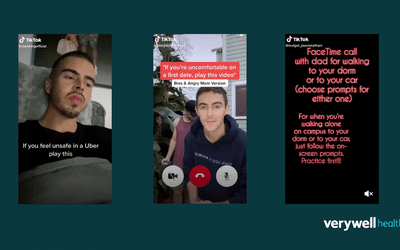 TikTokers Are Creating Fake Phone Calls to Keep You Safe 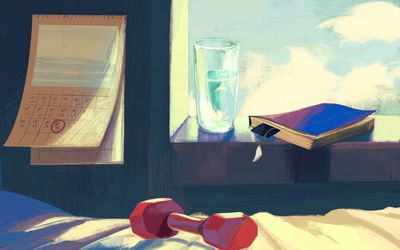 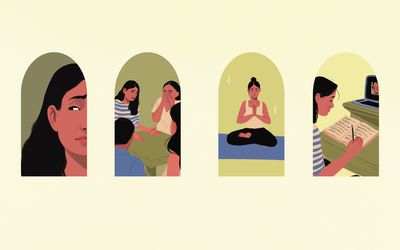 Initiating and Following Through With Eating Disorder Recovery