What You Need to Know About TNF Inhibitors

What they are and the differences between drugs

TNF inhibitors work by blocking the activity of a protein called TNFα. This protein normally helps with important functions such as fat metabolism and blood clotting, and excess TNFa can contribute to chronic inflammation and joint damage—as is the case in RA and other autoimmune conditions.

TNF inhibitors are biologics, a class of drugs that are created from living cells. Earlier biologics were derived using rodent cells, but newer ones come from lab-created versions of human cells and are called "fully humanized." This process creates monoclonal antibodies, which are antibodies that have been cloned.

TNF inhibitors are not a first-line treatment for treating RA. They can be prescribed as a replacement for a disease-modifying anti-rheumatic drug (DMARD) that isn't working well enough, and they can also be taken along with a DMARD, such as methotrexate. Current American College of Rheumatology guidelines for RA state that after maximal methotrexate therapy, either a biologic or a synthetic DMARD JAK inhibitor, like Xeljanz (tofacitinib) should be added.

When talking to your healthcare provider about which TNF inhibitor may be right for you, you may want to consider factors such as administration, side effects, and costs.

All TNF inhibitors come with a black box warning, the FDA's most serious warning, due to an increased risk of severe infection and some types of cancer.

You take Enbrel by injecting it under your skin. It comes in an auto-injector pen, pre-filled syringes, or vials that you use to fill syringes yourself. The standard adult dose is 50 milligrams (mg) once every seven days.

For plaque psoriasis, Enbrel is started at 50 mg twice a week for three months, after which it changes to the standard schedule.

Pediatric dosage is based on weight and is 0.8 mg per kilogram (kg)—about 2.2 pounds—per week, not to exceed a maximum of 50 mg.

Common side effects of Enbrel include:

Less common, but more serious side effects are:

Enbrel may also increase your risk of some serious conditions, including several types of cancer, hepatitis B, and additional autoimmune diseases. If you have heart disease, Enbrel may make it worse.

Don't start Enbrel if you have a serious infection.

Enbrel may be harmful to people with certain conditions.

This drug is not recommended for people who:

Online retail estimates for Enbrel range from about $5,000 to nearly $9,000 per month. Amgen, the manufacturer, offers a co-pay card for people with insurance and a special program that allows qualifying people without insurance to get the drug for free.

An Overview of Enbrel

Remicade (infliximab) is a monoclonal antibody created with a combination of mouse and human cells. It joined Enbrel on the market after gaining FDA approval in 1999.

Remicade is given as an infusion at a healthcare provider's office, hospital, or clinic. It's delivered slowly through an intravenous (IV, in a vein) line, which usually takes two hours or longer.

After your first infusion, you'll get another in two weeks, another four weeks later, and then go on a maintenance schedule of infusions every eight weeks. It can be given as frequently as every 4 weeks for patients that have an incomplete response.

Your healthcare provider will determine the proper dosage for your infusions.

Common side effects of Remicade include:

In rare cases, more serious side effects have been reported, such as:

If you have any of the following conditions, you may not be a good candidate for Remicade:

Also, let your healthcare provider know if you've had any recent vaccinations.

Online estimates for a single dose of Remicade range from $1,300 to $2,500, plus the cost of the infusion procedure itself. The manufacturer, Janssen, offers programs to help you cover the costs, whether or not you're insured.

Side Effects Of Remicade (Infliximab)

Humira (adalimumab), approved in 2002, was the first fully-humanized monoclonal antibody.

You inject yourself under the skin with Humira. It's available in a pre-filled syringe or injector pen.

For most uses, the standard dosage of Humira is 40 mg every two weeks, but this can vary by condition. If you are not adequately improving, your healthcare provider may increase the frequency of your dose to once a week.

For some conditions, you'll start with a higher and/or more frequent initial dose, then transition to the standard dose that's recommended for your condition.

Pediatric doses of Humira vary by weight, with different ranges for different conditions.

Common Humira side effects include:

If you have a demyelinating disease, such as multiple sclerosis, Humira might make it worse.

You shouldn't start Humira if you have an active infection or have a high risk of infection due to uncontrolled diabetes or other health problems.

This drug isn't recommended during pregnancy or lactation.

As with all TNF inhibitors, you should not take Humira if you have cancer.

Online estimates for Humira costs are around $5,800 dollars per month (two doses). Manufacturer AbbVie offers programs to help you pay for the drug.

An Overview of Humira

Cimzia (certolizumab pegol) is a fully-humanized monoclonal antibody approved in 2008.

Cimzia is a self-injected drug that typically starts out with an initial dose that's higher than the maintenance dose.

For most indications, you start out with two separate injections of 200 mg each. You take the same amount two weeks later and two weeks after that. Your maintenance dose will then be either 200 mg every 14 days or 400 mg every 28 days.

Common side effects of Cimzia include:

Less often, the drug may cause severe side effects, including:

Certain conditions could make this drug more dangerous for you.

You and your healthcare provider will need to discuss the pros and cons of Cimzia if you have:

You may need to delay starting Cimzia if you recently had a live vaccine.

Online estimates for Cimzia range from around $4,500 to $7,200 for a single 200-mg dosage. UBC, the manufacturer, offers programs to help cover the cost.

An Overview of Cimzia

Simponi (golimumab) is a fully-humanized monoclonal antibody. The FDA granted it approval in 2009.

Simponi is self-injected under the skin. For most conditions, the standard dose is 50 mg once a month. For ulcerative colitis, there's a higher initial dose and a maintenance dose of 100 mg every eight weeks.

A different formulation of this drug, Simponi Aria, is given as an infusion at a healthcare provider's office, hospital, or clinic. After the first infusion, you'll get a dose every eight weeks thereafter. Each infusion should last about 30 minutes.

Common side effects of Simponi include:

More serious complications of the drug include:

You shouldn't get live vaccines while taking Simponi.

You shouldn't start taking Simponi while you have an active infection.

You should carefully weigh the pros and cons of this drug with your healthcare provider if you've previously had hepatitis B or have recently had a live vaccine.

Online cost estimates for Simponi range from about $4,500 to $7,700. Janssen, the manufacturer, has a program designed to help you pay for the medication.

In addition to exploring pharmaceutical company programs for offsetting patients' drug costs, your healthcare provider or a hospital social worker may be able to guide you to other resources that can help you afford your medication(s).

Biosimilar drugs are based on biologics and are determined by the FDA to have no clinically meaningful differences from the original drug, which is called a reference product. You can recognize a drug as a biosimilar if you see a four-letter suffix at the end of its name.

Biosimilars are typically less expensive than biologics. A pharmacy can't substitute a biosimilar for the reference product. If you want the biosimilar, you have to get a prescription specifically for it.

If you've been prescribed a biologic but would rather take a biosimilar for financial or other reasons, you'll need to get a whole new prescription for it. Speak with your healthcare provider.

Biosimilars vs. Biologics for Treating Psoriatic Disease
12 Sources
Verywell Health uses only high-quality sources, including peer-reviewed studies, to support the facts within our articles. Read our editorial process to learn more about how we fact-check and keep our content accurate, reliable, and trustworthy.
Additional Reading 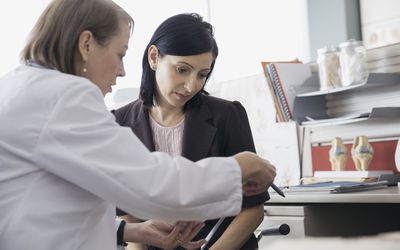 What to Know About Amjevita (Adalimumab-atto) 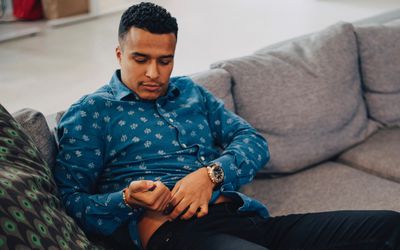 What to Know About Cimzia (Certolizumab Pegol) 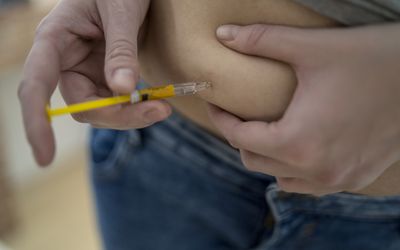 What to Know About Erelzi (Etanercept-Szzs) 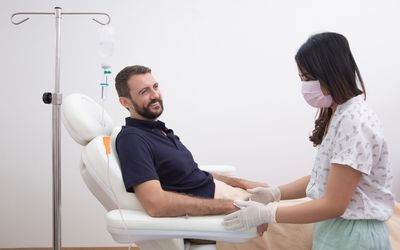 Getting Started: What to Know About Biologics for Rheumatoid Arthritis