There's No Such Thing as 'Too Many' COVID Boosters

The Centers for Disease Control and Prevention (CDC) recommended a second booster shot for adults aged 50 and older last month. But some CDC advisors raised concerns about a repeated boosting strategy, saying antibodies are likely to wane even faster after each additional booster. Alternatively, a more targeted vaccine strategy may be more sustainable.

“We’re not going to be able to boost our way out of this,” Michael Osterholm, PhD, MPH, director of the Center for Infectious Disease Research and Policy at the University of Minnesota, said at a panel.

“While use of additional boosters can be part of contingency plans, repeated vaccinations within short intervals would not represent a sustainable long-term strategy,” Cavaleri told a media briefing in January. “We should be careful in not overloading the immune system with repeated immunization.”

Will You Need a Fourth COVID-19 Vaccine Dose?

In reality, it would take a lot to exhaust the immune system, according to Otto Yang, MD, infectious disease physician and associate chief of infectious disease at UCLA. In terms of building a robust immune response, he said each booster shot beyond the first one may only offer only marginal protection, but it’s protection worth having.

“You’re not going to come anywhere close to inundating the immune system or overexposing it, even if somebody were to get vaccinated every four months for the rest of their lives,” Yang told Verywell.

Is It Bad to Have Too Many Boosters?

In an interview with Deutsche Welle, Cavaleri suggested that receiving too many booster shots could exhaust T cells, which play a central role in fighting COVID-19, or the immune system could come to tolerate the antigen, instead of acting against it.

There “isn’t a shred of evidence” to support these ideas, said Aaron Eli Glatt, MD, MACP, clinical professor of medicine at Icahn School of Medicine at Mount Sinai.

In certain autoimmune diseases, like rheumatoid arthritis and multiple sclerosis, the immune system becomes overactive and attacks the body’s own tissue. Finding a targeted way to temper the immune response and alleviate the symptoms would be helpful for these patients, but it’s not that easy to “turn off” an immune response, Yang said.

Besides, the vaccines provide only a short burst of antigenic exposure to the immune system. Each shot delivers a relatively small amount of spike protein into the body, which triggers a short-lived immune response.

Omicron Reinfection: If You Already Had Omicron, Can You Still Catch BA.2?

By comparison, naturally infected individuals will experience the continuous production of virus and antibodies throughout the body for days or weeks. And in the case of cold-causing coronaviruses, individuals may be exposed to the same virus multiple times without experiencing any depletion of immune response.

Immune exhaustion can occur in certain diseases where a pathogen or foreign object is causing constant exposure, such as cancer and HIV.

There is no evidence yet that this is true for COVID-19. In fact, recent evidence suggests that repeated vaccinations and natural infections broadens the immune response to COVID-19.

Should You Get a Fourth Dose?

Substantial evidence indicates that a third dose is essential for protecting individuals against severe disease and death. Early data from Israel suggests that a fourth dose of an mRNA vaccine can restore antibody levels, but those antibodies wane in a matter of weeks.

“It makes sense from the standpoint of personal protection, because if somebody tolerates the first three doses, it’s super unlikely that there's going to be any problem with the fourth dose,” Yang said.

While he recognizes that it can be tiring to get multiple boosters, Yang said it’s not particularly complicated to get an additional shot and doing so could be key for protecting oneself and the most vulnerable in society.

“There’s very little evidence that a second booster dose is needed for populations that don’t have significant risk factors for progression,” Glatt said. “I think it’s very reasonable to individualize that decision. And if somebody’s had COVID, I don’t think I would recommend that they get a second booster at this point in time.”

Ultimately, he said, the decision to get a booster should be individual and can be best made with a health provider.

“Everybody is different,” Glatt said. “Your doctor is going to be able to help you assess what your personal risks are, and an educated decision can be made. It may not be the same for every individual.”

The FDA’s panel last week discussed the need for a vaccine that would protect against multiple variants of the virus. For vaccine manufacturers to develop a reformulated vaccine by next fall and winter, when the U.S. may see a seasonal influx in COVID-19 cases, scientists must choose which strains of the virus to include in the vaccine soon.

Even while people in the U.S. may be growing wary of multiple booster shots, Yang said he expects they will be more accepting of a seasonal vaccine.

The rational for recommending more booster shots has hinged largely on data showing that antibody levels tend to wane a few months after an individual is vaccinated. While antibodies aren’t the only important factor—other immune cells are key for preventing the most severe outcomes—they play a big role in keeping infected people from developing symptoms. Reducing symptomatic infections may minimize how widely the virus spreads.

The vaccines were designed to produce antibodies that protect against the original version of the COVID-19 virus. Omicron carries dozens of mutations that make those antibodies less effective at neutralizing the variant. When antibody levels wane over time, they may no longer work against newer variants. Boosting antibody levels with additional doses of the vaccine may bolster that protection.

“If the vaccines can target antibodies against the correct variant, even if the antibody levels drop, they may still work for longer because they’re correctly targeted,” Yang said.

Frequent vaccinations are likely a temporary fixture until more targeted annual vaccines are rolled out. In the meantime, he said it’s best to take the protective measures that are available.

“There’s almost zero downside to getting a second booster if you had no problem with the prior ones. And there’s the very real potential benefit of saving you from being hospitalized or dying—even if it’s small, it’s a real benefit,” Yang said.

The CDC recommends people over the age of 50 receive a second COVID-19 booster shot. If you’re unsure if the extra dose is necessary for you, experts recommend speaking with your doctor. Individuals have different risk factors, and lifestyles which put them at higher risk for severe COVID-19, and the choice to get an additional booster shot will be different for everyone. 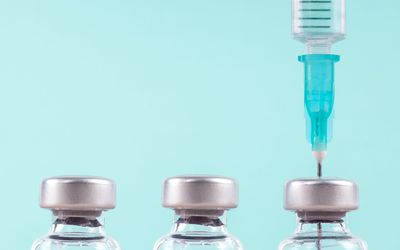 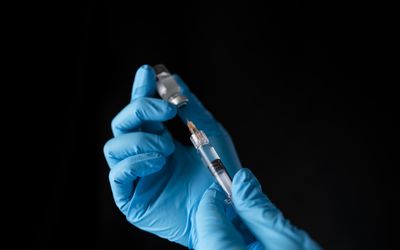 A Fourth Vaccine Dose May Not Boost Protection Against Omicron, Early Data Shows

Is a COVID-19 Booster Still Effective If You Waited Too Long to Get One?