Transphobia refers to fear and/or hatred of transgender and other gender diverse people. Transphobia can take many forms, just as with other types of bigotry and oppression.

Not only affecting people during individual interactions, transphobia can be encoded into law when the government enacts bathroom bills and other forms of legislation designed to oppress transgender people. It also exposes transgender people, particularly transgender women of color, to a high risk of interpersonal violence.

Individuals may not think of themselves as transphobic but still exhibit transphobic behaviors and beliefs. It has been shown that not just explicit but implicit beliefs about transgender and gender diverse people are related to transphobia.

Systemic transphobia is similar to systemic racism, in that they don't require overt dislike of transgender people. It may just be based on implicit gender essentialist beliefs that affect interpersonal behaviors and policy development.

Transphobia has been shown to affect numerous aspects of people's lives including:

This is because gender is one of the most visible things about a person and is salient from the earliest days of someone's life. Often the first thing people ask someone who is pregnant is "do you know if you're having a boy or a girl?"

This is despite the fact that, until they're old enough to tell you about their gender identity, the only thing you can know about a child is its biological sex—and even that is not always straightforward.

Why does knowing someone is LGB matter? It's thought that because LGBT people are so often grouped in discussion, that there are some feelings of positivity by association.

Transphobia is not a consistent factor across time and cultures. People's acceptance of gender diverse individuals varies substantially and is highly dependent on group identity and local culture.

Some societies have a long-standing culture of respect towards individuals whose gender identity is not what would be expected for their assigned sex at birth. Others are more inherently hostile.

In discussions about transphobia, you may hear people referred to as TERFs. The term was initially developed to describe a group of transphobic radical feminists who held problematic beliefs such as:

In more recent years, TERF has been used to describe those who hold trans-exclusionary beliefs more broadly, not just radical feminists. Some individuals consider the word TERF to be a slur.

The best data on transphobia comes from the National Transgender Discrimination Survey, which has been performed twice.

Most recently, in 2015, more than 27,000 transgender Americans completed an extensive survey on their experiences with discrimination across all facets of their lives. The results were disturbing, and demonstrated that transgender individuals are victims of transphobia from childhood through old age.

During childhood, half of those who were out as transgender before graduating high school had been verbally attacked, a quarter had been physically attacked, and 13 percent had been sexually assaulted—all because of their gender identity. For almost 1 in 5 (17%), the mistreatment was so severe that they had to leave or change schools.

Nearly half of respondents (47%) reported a history of sexual assault over the course of their lifetime. Discrimination was reported across all areas of life, and often perpetuated by government agencies and other organizations where individuals tried to turn for support.

To misgender someone is to refer to them as a gender with which they do not identify. In other words, it involves failing to respect someone's gender identity and using the wrong name or pronouns when speaking to or about them—for example, calling a transgender or cisgender woman he, or calling a transgender man she. Misgendering can be deeply upsetting to transgender and gender diverse individuals. It also perpetuates transphobia by implying, for example, that transgender women are really men—just because they were assigned male at birth.

Transphobia can have significant effects on an individual's mental and physical health. These effects can be both direct and indirect. One of the ways in which transphobia affects health is through minority stress.

Minority stress refers to the difficulty of existing in a society that considers you different, less, or dangerous because you are not part of the majority culture. Transgender minority stress is compounded for transgender and gender diverse people of color, who may also experience racism in addition to transphobia.

Minority stress is thought to explain much of the excess mental health burden experienced by transgender and gender diverse individuals. The increased risk of depression, anxiety, substance use, and even suicide is not a reflection of any problem with being transgender. Instead, it reflects the difficulty of existing in a world that is often openly hostile and transphobic.

In addition to the direct effects of transphobia on health, transphobia can also affect access to medical care. The National Transgender Discrimination Survey found that almost a quarter of respondents hadn't visited a doctor because they were afraid they would be mistreated.

This fear was not hypothetical. A third of respondents reported having experienced mistreatment in in a healthcare setting in the last year. These forms of mistreatment included everything from being refused health care to verbal, physical, and sexual abuse.

Transphobia often starts in ignorance. When people have never met someone who is transgender, or misunderstand what it means to be transgender, they may feel uncomfortable.

Then, that discomfort can turn to hostility or even fear. Unfortunately, transphobic individuals and organizations often intentionally put out information that brings out hostility and fear in others.

To address this, it is important for allies to speak up. Pay attention to and address behaviors that are transphobic, ideally in a way that encourages the person exhibiting those behaviors to change rather than making them defensive and dig in their heels.

When witnessing and addressing transphobic behavior directed at an individual, it is important to be careful not to put that person at increased risk with your intervention. Depending on the setting, bystander intervention can sometimes be best accomplished through distraction rather than confrontation.

For example, if a transgender person is being harassed on the subway, rather than yelling at or engaging their aggressor, it may be safest for everyone to give the victim a reason to put their attention on you, such as by discussing something innocuous like the weather.

Then stay with the victim until they are in a safe place, and get additional help where appropriate. Bullies, even transphobic bullies, are less likely to continue to harass someone if they're not getting a response.

If you are repeatedly witnessing a friend, family member, or coworker experience transphobia, talk to them about whether they have preferences for how you intervene.

Remember, the way you respond isn't about you or your preferences, it's about respecting their needs and desires. 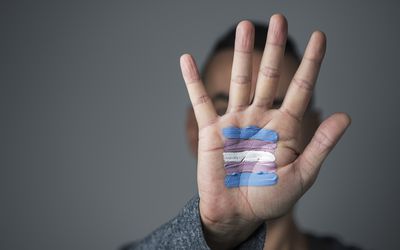 The Transgender Day of Remembrance 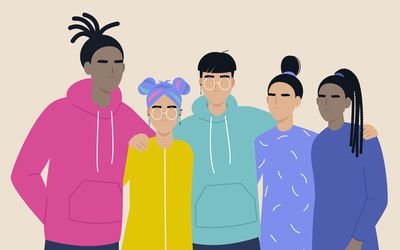 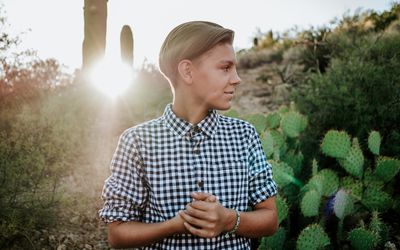 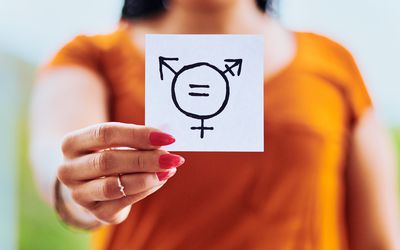