What Is Triplet Therapy for BRAF Mutations?

While both targeted therapy (BRAF and MEK inhibitors) and immunotherapy (checkpoint inhibitors) have significantly improved survival, there are pros and cons to each approach that must be considered when choosing treatment.

Triplet therapy, or combining two targeted therapy drugs with an immunotherapy drug for melanoma, is a potential answer to a very challenging decision that people must face when diagnosed with metastatic or locally advanced inoperable melanoma.

These two relatively new advances in the treatment of melanoma have significantly lengthened survival, but both have their advantages and drawbacks.

Early studies designed to combine the two approaches were unsuccessful (there were too many side effects), but four recent clinical trials have demonstrated that the combination may improve outcomes more than one of the approaches alone and with manageable side effects.

Before discussing the potential benefits and risks of combining targeted therapy with immunotherapy drugs for melanoma, it's helpful to look at these two approaches separately concerning their own benefits and risks.

Many people still need to make the choice between these treatments, and even for those who choose combination therapy, it's helpful to know the benefits and risks of the individual drugs.

Drugs that target these specific proteins or pathways in the growth of a cancer are referred to as targeted therapies, and since they interfere with the pathway that causes cancer to grow, they can often halt (at least temporarily) its growth.

Since targeted therapies target specific pathways, they tend to work for a large number of people who have tumors that contain a particular mutation. Due to this mechanism, they usually have fewer side effects than treatments such as chemotherapy as well.

Targeted therapy for people with BRAF V600 positive melanoma includes the use of both a BRAF inhibitor and MEK inhibitor. While resistance develops for most people, the time until resistance develops is longer when the combination is used. It seems counterintuitive, but the incidence of side effects is actually lower in people who receive a combination of the two inhibitors rather than a BRAF inhibitor alone.

Targeted therapy drugs slow or halt the growth of cancer, but do not (with rare exceptions) cure cancer. If the medications are stopped, cancer begins to grow again.

There are a number of different BRAF and MEK inhibitors, and this can be confusing when looking at the potential combination options.

A clear advantage of targeted therapy over immunotherapy (when a choice between the two must be made) is that targeted therapies work on a larger proportion of people.

The greatest disadvantage of targeted therapy is that resistance develops over time (usually within nine months to 12 months of starting the drugs). Unlike immunotherapy, the drugs must be continued long term to be effective, and this can be very costly.

A few recent studies suggest that durable responses (long term responses) are sometimes possible with targeted therapy alone. That said, a 2020 study notes that up to 20% of people have durable responses (responses lasting longer than five years) with these drugs.

A 2019 study looked at the combination of Tafinlar (dabrafenib) and Mekinist (trametinib) over a five-year period and found that roughly one-third of people with a BRAF V600E or V600K mutation had a long term benefit from the drugs.

In order to overcome this resistance, researchers have been looking both at the option of adding an immunotherapy drug (below), and blocking other areas in the pathway.

There are many types of immunotherapy, with checkpoint inhibitors being the category that is currently used to treat melanoma. These drugs work by essentially "taking the brakes off" our own immune systems so that they can fight cancer cells. Our immune systems know how to fight cancer, but cancers have found ways to "hide" from the immune system, sometimes by recruiting normal cells in the body (the tumor microenvironment) to help.

Some checkpoint inhibitors that have been used with melanoma include:

An advantage of checkpoint inhibitors over targeted therapy is the chance that a person will have a long term/lasting response to the medication (what is called a durable response). While not synonymous with a cure, a durable response means that for some people, the growth of their cancer will be controlled for a lengthy period of time; perhaps many years.

In addition, and unlike most treatments for cancer, the benefit may continue long after the drugs have been stopped (though when to stop the drugs is still uncertain). This could, in theory, be less costly over the long term.

There is also the potential, though it's too soon to know, that some people treated with these drugs could be cured. The reason is that the drugs may cause the body to mount an immune response to cancer that continues long after the drugs are taken away.

A major disadvantage is that fewer people respond to immunotherapy.

Since melanomas that contain BRAF mutations tend to have a different prognosis than those that do not, these studies can't be directly compared.

While early attempts to combine these two forms of therapy were unsuccessful (too many side effects), more recent trials have found that the combination can sometimes improve survival with reasonable side effects.

The median duration of response (how long the response lasted) was longer than usually seen with either targeted therapy or immunotherapy alone and a significant number of people had a durable response that continued at the time the study was published.

For example, in one study the objective response rate was 71.8%, the median duration of response was 17.4 months, and 39.3% of people continued to respond to the drug when the study was published (the study is continuing as a phase III trial).﻿﻿

In the study that compared combination therapy to targeted therapy plus a placebo, there were improved results. The median progression-free survival was roughly six months longer.﻿﻿

Rather than simply being a benefit of more drugs, it's thought that combining these therapies might be synergistic.

For example, the targeted therapies might help keep cancer from spreading, while the immunotherapy drug stimulates the immune system to attack cancer cells that are present. There is some evidence that this is the case, with tumors in people who received triplet therapy having, on average, more T cells present in their tumors (BRAF inhibitors may increase the ability of T cells primed by immunotherapy to penetrate the tumor).

There are also mechanisms too detailed to address here, such as how the combination may affect the area surrounding the tumor (the tumor microenvironment) and immune surveillance.

Triplet therapy is still investigational, though active clinical trials are in progress and use may become much more widespread in the near future.

Particular clinical trials for triplet therapy often have specific requirements that must be met to participate, such as being in general good health (having a good performance status), and more.

Testing for BRAF mutations may be done either via a tissue sample (from a biopsy) or via a blood sample (liquid biopsy). There are advantages and disadvantages to each method, and in some cases oncologists recommend testing both if possible.

There are two concepts that are often confusing to people considering targeted therapy. One is heterogeneity, or how tumors can differ in different regions. For example, a melanoma may be BRAF positive in one region and negative in another.

Another challenging concept is discordance, or how tumors can change over time. A tumor that is initially BRAF negative may become BRAF positive when it progresses or spread. Cancers are constantly changing and developing new mutations, including some that drive the growth of the cancer.

Before using triplet therapy, it's important to understand both the potential risks and benefits to you. In clinical trials and with newly approved drugs, you should also understand that uncommon or rare side effects of therapy may not yet have been seen. Post-marketing surveillance of medications sometimes reveals adverse effects that had not previously been seen or predicted.

The doses and schedule of medications will vary depending on the specific combination of drugs used. As noted, there are several different combinations of BRAF/MEK inhibitors and immunotherapy drugs being evaluated.

BRAF and MEK inhibitors are taken orally, with the most common medications being used twice daily on an empty stomach. It's important to talk to your healthcare provider about what to do if you accidentally miss a dose. Checkpoint inhibitors are given intravenously at an infusion center.

The specific side effects you may expect will vary depending on the particular drugs you are prescribed.

Somewhat surprisingly, the combination of a BRAF inhibitor and a MEK inhibitor tends to cause fewer side effects than either of the medications used alone.

With older people, the risk of adverse reactions with BRAF inhibitors is increased, and people over the age of 75 should be monitored very closely.

BRAF inhibitors should not be used by people who have tumors that do not contain BRAF mutations as these drugs may actually lead to the more rapid growth of cancer.

Significant progress has been made in treating metastatic melanoma with both targeted therapy and immunotherapy, and now combinations of these treatments suggest even greater improvements in survival. With treatments changing this rapidly, however, it can be challenging to find up-to-date information to help you make decisions.

It's important to ask a lot of questions. Getting a second opinion at a cancer center that has healthcare providers who specialize in melanoma alone may also be beneficial. Connecting with the metastatic melanoma cancer community online can also be priceless, and a source of support even while you learn the latest about your disease. 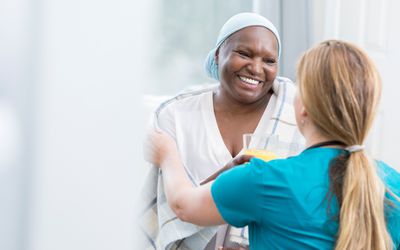 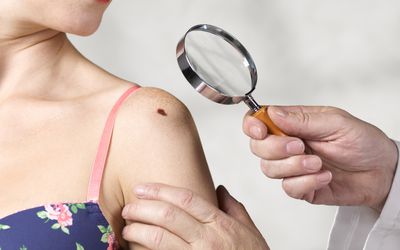 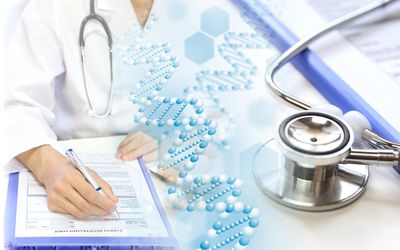 What Is BRAF Testing? 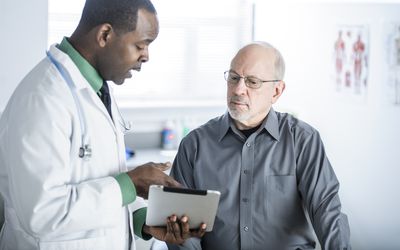