TIL therapy is still experimental, and most often used as part of a clinical trial. That said, it is an exciting addition to the cancer arsenal as it is often used to treat cancers that have failed to respond to conventional treatment options.

The Development of Immunotherapies

What Are Tumor-Infiltrating Lymphocytes?

Tumor-infiltrating lymphocytes (TILs) are immune cells that have migrated from the bloodstream into a tumor (infiltrated the tumor). TILs are very powerful cells that have different functions. Killer T-cells (different than natural killer cells), in particular, are able to recognize and directly kill cancers in a very specific way.

How Cancers Escape the Immune System: Why Your Own TILs May Not Be Enough

Having a greater number of TILs within a tumor is correlated with prognosis (more of these cells may mean a better prognosis) and the number of TILs plays a role in progression and response to treatment. So why don't these lymphocytes get rid of cancer completely?

There are a number of reasons why cancers escape the immune system, including:

TIL therapy can overcome some of these factors by activating and expanding the army of TILs available to fight a tumor.

Immunotherapy can be confusing as there are many different approaches. There are three different types of adoptive T-cell therapy.

The difference with TIL therapy is that it uses T-cells that are taken from a tumor rather than the bloodstream.

TIL therapy may now be used for several types of cancer, but begins with a sample of a tumor (usually a biopsy) to obtain TILs.

There are a number of different steps involved in tumor lymphocyte infiltrating therapy, with the combination of these steps usually requiring around three weeks to carry out:

Unlike many cancer treatments, TIL therapy usually involves only one treatment (though long and arduous).

In the future, scientists are looking at further modifications, such as genetic editing of TILs to improve therapy.

Most of the initial studies using TIL therapy have been conducted with melanoma. Since that time, effectiveness has been seen for some people with:

When Is TIL Therapy Most Effective?

Whether a type of cancer would be a good candidate for TIL therapy depends on a number of factors, including:

Immunogenicity is the ability of cells/tissues to provoke an immune response and is generally considered to be an undesirable physiological response.

We will look at a few examples of cancers that have been treated effectively with TIL to describe what has been seen thus far:

A number of studies have now demonstrated the benefits of TIL therapy for some people with metastatic melanoma.

A 2020 long-term follow-up of people with melanoma treated with TIL therapy better defines what people may expect with metastatic melanoma and TIL treatment. The patients in the study had heavily pretreated metastatic melanoma, many having received checkpoint inhibitors in the past, but with progression. As such, their expected median overall survival would have been less than eight months.

TIL therapy resulted in a response rate of 36% and stable disease in 44%, for a disease control rate of 80%. For those who responded, the median duration of response had not been reached in 18 months of follow-up (over 50% of people continued to respond).

The benefits of this approach were that it was a single treatment and side effects were uncommon after the first two weeks.﻿﻿

﻿The bottom line on TIL in this setting is that with metastatic melanoma, TIL therapy offers yet another line of treatment on top of targeted therapies (BRAF inhibition) and checkpoint inhibitors.

There are studies that have been completed or are ongoing looking at cancers other than melanoma.

TIL therapy has resulted in regression in tumor size for people with bile duct cancer, cervical cancer, and colon cancer.

An exciting finding was noted in a patient with metastatic estrogen-receptor positive breast cancer. Breast cancer cells tend to have few mutations (low mutation burden), and since these cells do not appear as abnormal as many cancer cells (such as those found in lung cancer, melanoma, and bladder cancer), immunotherapy with checkpoint inhibitors has shown relatively little promise.

Cancers that have a high mutation burden are much more likely to respond to checkpoint inhibitors such as Keytruda.

The patient was treated with TILs that were designed to address four mutations in the person's tumor. She had a complete and durable response to TIL therapy and remained cancer-free 22 months after the infusion was done.

Of note is that the TILs were created to address mutations in her tumor and were not TILs simply found within her tumor as with the melanoma studies discussed above.

While a relatively small sample, this was in people who were not otherwise responding to any available therapies. In addition, one out of 10 achieved a complete response that was still present at least four years after the treatment was given.

TIL therapy is being studied in clinical trials for a wide range of solid tumors including:

In addition, preclinical studies suggest that some other tumors, such as epithelial ovarian cancers, may also be good candidates for this treatment.

Side effects related to TIL therapy are relatively minor compared to many cancer treatments, and most have been due to the chemotherapy given prior to infusion of the TILs.

Most symptoms related to TIL therapy specifically arise shortly after infusion and have included:

Later symptoms have sometimes included autoimmune conditions such as vitiligo or the eye condition uveitis, though it's not known if these symptoms were related to TIL therapy or not. Other side effects have included:

The interleukin infusion may also cause some symptoms, such as changes in blood pressure and heart rate. Fortunately, most of these occur while people remain hospitalized.

Very few new adverse events have been seen two or more weeks after the TIL infusion, and it's thought that this may be related to the fact that TIL therapy is a one-time treatment rather than ongoing treatment.

As with any treatment, there are both pros and cons associated with TIL therapy.

Of the advantages, perhaps the most important is that TIL therapy sometimes offers an additional line of treatment after others are exhausted; one that in some cases may result in complete and lasting control of a cancer. It also has a clear advantage of being a one-time therapy rather than ongoing therapy.

TIL therapy is something that doctors may plan for and put on the back burner. For example, in people who do not have metastatic disease or will be treated with other therapies, TILs from a tumor can be saved in case they have a recurrence of their cancer.

A major disadvantage is the time and cost of treatment.

TIL therapy is labor intensive in the lab and requires hospital stays that may last a few weeks. While being almost the ultimate in personalized care, it is not a treatment that can be used broadly as each person must be treated with TILs that address the unique abnormalities in their unique tumor.

It can also be challenging for people to receive TIL therapy. Since it is a treatment that is often used as a last attempt to control a tumor, many people are very ill and may not be able to wait through a process of approval, much less the time it takes to prepare the treatment.

Tumor-infiltrating lymphocyte therapy is an exciting option in that it can sometimes lead to responses—even complete and lasting responses—in people with metastatic melanoma who have exhausted all other therapies. Early studies suggest that the treatment has promise for a number of other cancers as well. 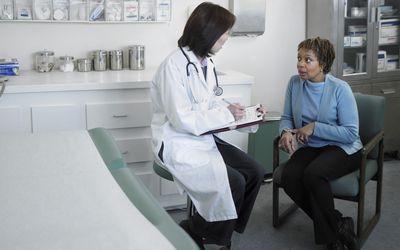 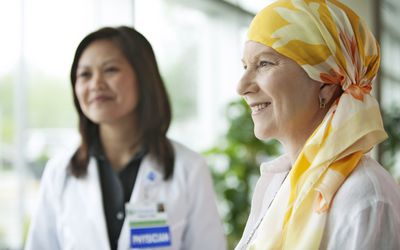