What Tumor Necrosis Factor (TNF) Has to Do With IBD

Tumor necrosis factor (TNF) is a type of messenger protein known as a cytokine that is produced by white blood cells. TNF is important to the body because it helps regulate the response of the immune system to a foreign object, especially to the present cancerous tumor. It promotes inflammation, produces other cells used in the inflammatory response, and can help cells heal. TNF is also sometimes referred to as tumor necrosis factor-alpha.

Why TNF-Alpha Is Important in IBD

TNF is an important topic for treating inflammatory bowel disease (IBD). TNF is found in higher amounts in people with Crohn's disease than it is people who do not have Crohn's disease. TNF is also found, to a lesser degree, in the stool of people who have ulcerative colitis. Because of this association, it's thought that TNF plays a role in the development and/or continuing Crohn's disease and ulcerative colitis. This is why drugs called biologics have been developed to treat IBD and other inflammatory conditions. Targeting the TNF shows a benefit for some patients in reducing the symptoms of IBD and in healing the inflammation in the intestinal tract.

Not everyone with IBD responds to the same drugs in the same way. This could be, and it is now thought to be the case by experts, that there are many subtypes of IBD. TNF may play a role in this too, because some people with IBD respond very well to anti-TNF blocker drugs, while other people do not. The genotype of a particular patient's TNF may be associated with a greater or a lesser response to a particular anti-TNF drug. This is an emerging area of research, and there is still much more to be understood about TNF before it can be applied to patient care.

TNF may also have an important role developing colon cancer and other gastric cancers. The research into this effect of TNF is still inconclusive, but it may also provide some clues into the connection between ulcerative colitis and colon cancer.

Some medical treatments for Crohn's disease involve targeting the TNF protein and binding it. When the protein is thus bound, it is not able to produce inflammation. Some anti-TNF drugs are Remicade (infliximab), Humira (adalimumab), Cimzia (certolizumab pegol), Enbrel (etanercept), and Simponi (golimumab).

There is still much that is not understood regarding TNF and its relationship to inflammatory conditions such as IBD. However, several anti-TNF drugs have been developed for use in people with IBD and may have improved outcomes for the course of these diseases. 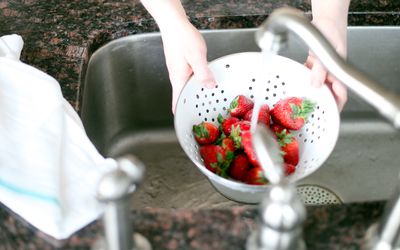 How Are Enbrel, Remicade, and Humira Different?
Why Clinical Remission Is Not the Goal in IBD